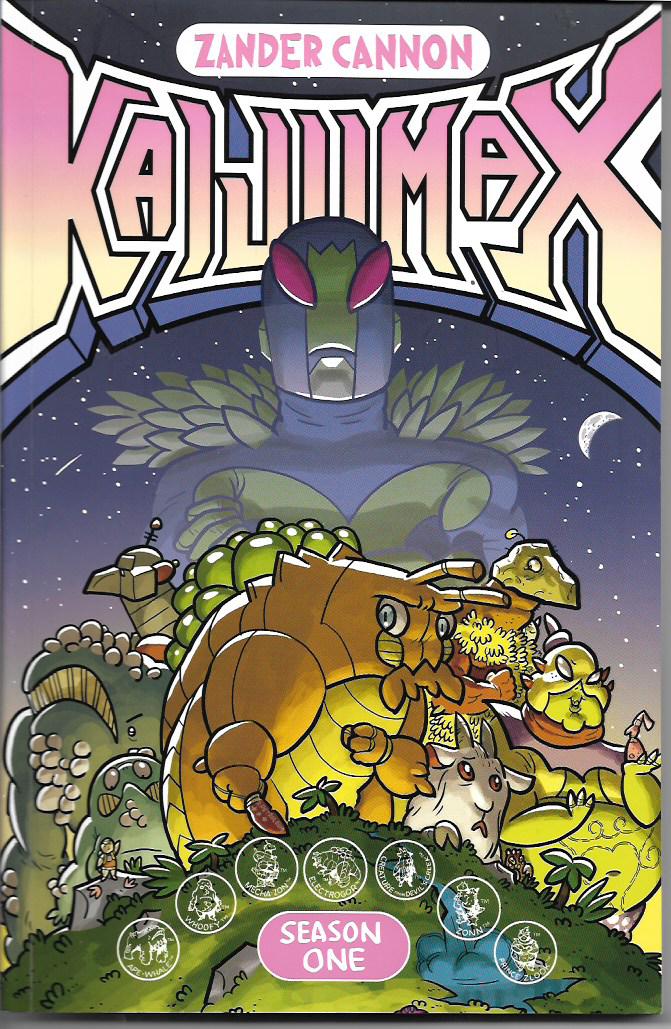 It’s been a great year for me so far. Cleveland Magazine named me one of its most interesting people of 2018. Black Lightning: Cold Dead Hands has been getting rave reviews. I was a special guest at the “DC in DC” event where I got to meet the cast of the wonderful Black Lightning TV series and be part of the world premiere of the first episode. When the first episode aired nationally, it trended #1 on Twitter nationally and globally. It also got great reviews. I’ve already done over a dozen interviews with more scheduled for this week and seemingly forever thereafter. I’m also scheduled to appear at comics conventions, libraries and public schools. I often fear I’m hallucinating all this good fortune.

It’s also going to be a great year for comics readers. From around the world, we’ll be seeing great comic books and graphic novels of all kinds: super-heroes, slice-of-life, horror, crime fiction and, well, just about any genre you can think of and some you’ve likely never thought of before. The Black Panther will be debuting on the big screen with new comics-related shows launching or getting new seasons. Add the many reprints of classic and not-so-classic comic books and strips of the past and it’s clear than ever that we are, right now, living in the real Golden Age of Comics.

I just reread Zander Cannon’s Kaijumax Season One: Terror & Respect Oni Press; $9.99] because I have switched from reading individual issues to reading the collected editions. As I try to reduce what I call my “Vast Accumulation of Stuff” to a manageable level, I’m finding the trades work better for me and that I enjoy the bigger chunk of story they contain.

Kaijumax is unlike any other series in comics. It combines prison drama with giant monsters. Oni also lists it as “humor,” but I must warn you the humor is of a dark variety, revolving around the odd juxtaposition of those giant monsters with the general tropes of a prison drama.

Electrogor is the very sympathetic lead protagonist. He’s a father desperate to get back to his children before they are captured and sent to this penitentiary for kaiju, a place where no distinction is made between harmless creatures and outright villains. If they are big and strange, they are fair game to be “arrested” and taken to this awful place. There are prison gangs, crooked guards (with the ability to turn into giants ala Ultraman), officials concerned only with bureaucracy and maintaining the appearance of order and a few individuals, human and otherwise, who are truly twisted. It’s a grim series that – fair warning – includes a brutal monster rape scene and its aftermath.

This first trade collects the entire first season of Kaijumax, six issues in all. Season Two is also available in a collected edition with Season Three due in May. This is a great series and not only I do I recommended it most highly to fans of giant monsters, prison dramas and great comics in general, it’s my top pick of the week. 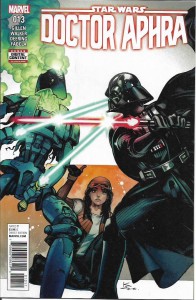 Here’s Wikipedia on Doctor Aphra: A human female archaeologist, full name Chelli Lona Aphra, recruited by Darth Vader, along with her two assassin droid companions, 0-0-0 (Triple-Zero) and BT-1 (Beetee) for several covert missions outside the knowledge of the Empire. She is first featured in the Marvel comic series Star Wars: Darth Vader, before getting her own ongoing titular comic series.

I read Star Wars: Doctor Aphra #9-14 [$3.99] and was troubled that I enjoyed them so much. Aphra is very popular and, of late, comes off as a combination of Indiana Jones and con artist. Especially in the hands of writer Kieron Gillen, she’s actually sort of kind of likeable. I just have a hard time forgetting that she was a willing servant of Darth Vader, the guy who blew up his daughter’s planet just because he could.

Still, I can’t deny I’ve been enjoying her recent adventures. She found a magic crystal containing the consciousness of an ancient Jedi and that went south pretty quick. She’s been betrayed by her murderous droids. She made some enemies along the way and some of those are looking to settle old scores. It’s not an easy life for a young lady trying to get by. In that, she bears a wee resemblance to Kitsune, the beautiful, charming thief who’s a recurring player in Stan Sakai’s Usagi Yojimbo stories. I mean, I like bad girls as much as the next guy, but planet-blowing-up is a real deal-breaker for me. But I’ll work on it.

With terrific art and storytelling by Kev Walker and Marc Deering, Star Wars: Doctor Aphra is a fine comic-book series. Even if you’re not an obsessive Star Wars fan and more casual like myself, you’ll not having any trouble getting into this series. I’m thankful that comics writers and editors are again mastering the skills of making each issue accessible to a new reader. 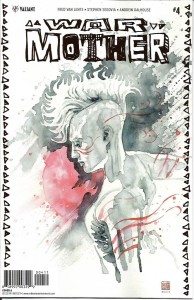 Ana – a.k.a. War Mother – is protector of the Grove and its people. As chief warrior and resource-collector for the city, she always had a violent, difficult job. But since the Grove’s cruel ruler, Sylvan, was struck down, things have become tougher. Ana is now the Grove’s leader, but the town has fallen on hard times, with food and resources scarce…

Writer Fred Van Lente takes it from there. Ana tries to do right by her people and finds them what could be a new home. But there are things she doesn’t know about the new home and things she doesn’t know about those closest to her. Armed with her sentient gun Flaco, Ana is in for a desperate battle against a seemingly invincible for and a world where natural perils abound. Drawn by Stephen Segovia, the four-issue series [$3.99 per issue] is an exciting adventure. I liked it a lot and recommend it to you.

The series will be collected in War Mother [$9.99]. That volume is scheduled for March and will include the 4001 A.D.: War Mother one-shot that preceded this series.