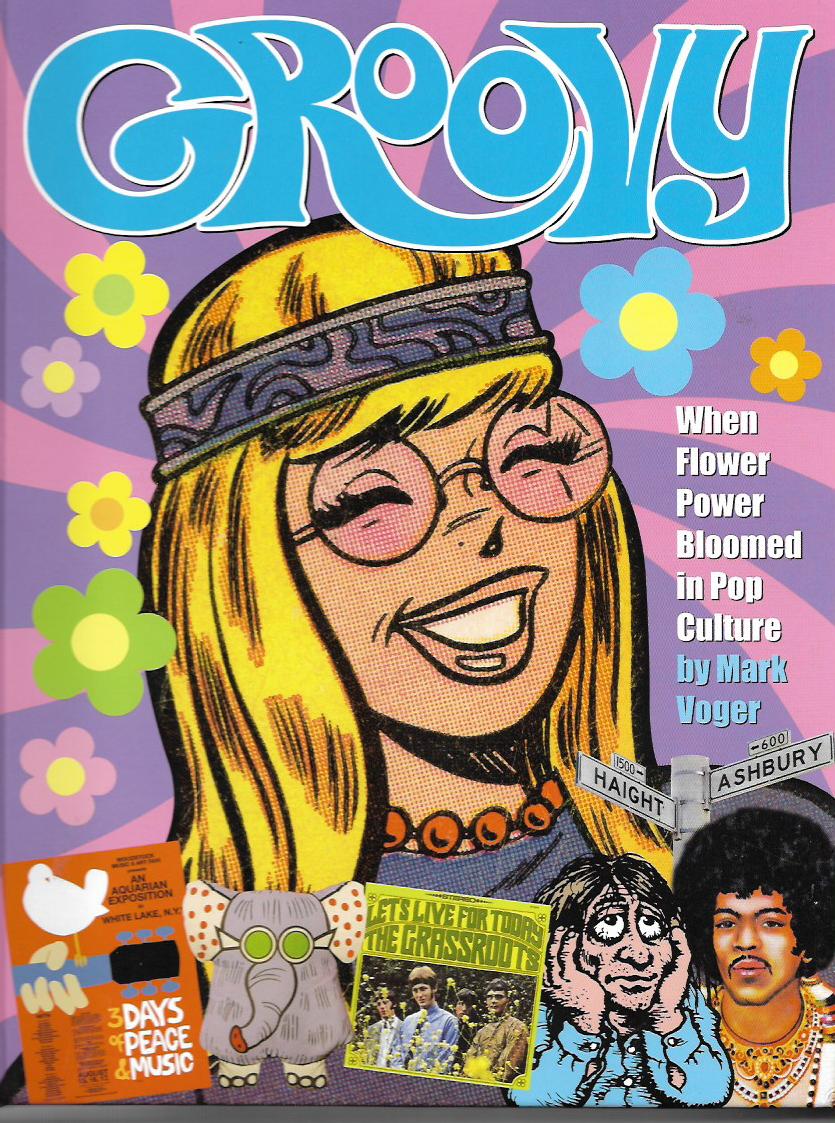 The Black Lightning TV series has its CW premiere this week. It’ll be shown on Tuesday, January 16, at 9:00 pm EST with an encore on Friday, January 19, at the same time. It has been called the most anticipated new show on television and not just by me, the writer who created the character in 1976. Having already seen the first of this season’s thirteen episodes – because I do have friends in high places – I think the rest of you will be as pleased with the show as I am. Black Lightning’s back!

Black Lightning is also back in the comic books. Black Lightning: Cold Dead Hands #3, which came out this month, is the halfway point of the six-issue series written by me with sensational art by the great Clayton Henry, amazing coloring by Pete Pantazis, top-notch lettering by Josh Reed, and editing by two of the best editors I’ve ever worked with: associate editor Harvey Richards and group editor Jim Chadwick. The series, especially this latest issue, is getting tremendous reviews. We’re trying to address real-world issues in a super-hero universe. I urge you to check it out.

Now that I’m now that I’m done with the personal plugs, let’s see what else is on this week’s review pile…

Mark Vogel’s psychedelic Groovy: When Flower Power Bloomed in Pop Culture [TwoMorrows; $39.95] is quite a departure for a publisher which has built its sterling reputation on comics history magazines and publications like Alter Ego, Back Issue and a slew of books on the great comics creators of the past and present. However, it’s no less entertaining and informative than those other works.

Vogel revels in the era when young people defined and revitalized the entertainment culture of America and the world. It’s a fun book in which Jim Hendrix can rub shoulders with the Monkees, the Banana Splits, Scooby Doo and the new mod Wonder Woman of the late 1960s.

Content about and interviews with a variety of musicians like the Beatles, the Cowsills, The Doors and more are prominent in Groovy, but readers also get insights into television shows like Laugh-In, The Smothers Brothers and The Partridge Family. Movies from Riot on Sunset Strip to Easy Rider are also featured. Art is represented by Peter Max, Jim Steranko, R/ Crumb and more. Historical touch points like the black rights movement, the Vietnam War, hippies, legendary music festivals and Jesus Christ Superstar are also discussed. It’s an inclusive and expansive tome that focuses on and brings to life a unique era in our pop culture history. It’s a fascinating read.

I would remiss if I didn’t also mention Vogel’s design work on his book. Each article or interview is short enough to make Groovy one of those books a reader can enjoy in small doses when their time is limited or several articles at a time when they have a few hours of leisure time. The articles are accompanied by terrific photos and art, making the book as much a joy to look through as to read. Recommended for readers 16 and up – probably because of discussions of drugs and free love – it would make a great gift for the folks of my generation and for younger readers fascinated by pop culture and its history. I lived through the era of Groovy and would relish similar books on previous eras.

Groovy is far and away by pick of the week. I’m not certain that it has enough comics content to be eligible for a Eisner Award, but, if I were a judge, I would certainly bend the rules to include it. It’s a terrific book. 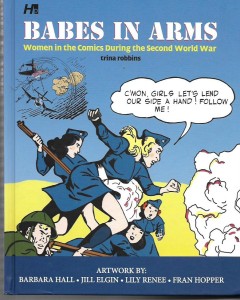 Babes in Arms: Women in the Comics During the Second World War by Trina Robbins [Hermes Press; $60] is a fine addition to the growing history of female comics creators of the past. Much of that history is the result of Robbins’ dedication to finding and writing about these creators.

This book concentrates on four creators: Barbara Hall, Jill Elgin, Lily Renee and Fran Hopper. Readers will find biographies of these women that cover their careers in comics and their personal lives. Some of the type is smaller than I would like, but these articles have information and never-before-seen photos that make the strain to my peepers a fair trade-off.

In addition to the information, this book reprints over 150 pages of comics stories by these creators with most of those pages being in color. The comic-book features reprinted showcase Jane Martin, the Girl Commandoes and the delectable Senorita Rio. I haven’t read many stories of these characters, so these World War II and post-World War II adventures were remarkable. We see the gung-ho spunk usually reserved for male heroes and, unfortunately, the offensive caricatures that were common in that war-torn era. Senorita Rio was my favorite of the characters. She was brave, smart and sexy and, though it was downplayed, a heroine of Hispanic origin. That was quite unusual for the 1940s.

The high price of Babes in Arms is why I can’t give it an universal recommendation. But if the history of women in comics is of special interest to you, you’ll want this book. 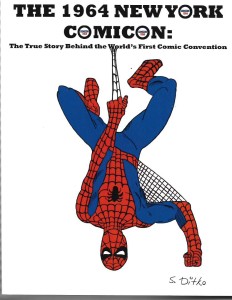 The 1964 New York Comicon: The True Story Behind the World’s First Comic Convention by J. Ballman [Totalmojo Productions; $29.95] is fairly bursting at the seems with information, sometimes trivial, about the origins, planning and reality of that pivotal event. My hat is off to Ballman for the months of work that clearly went into the creation of this 272-page tome.

My respect for Ballman’s industrious labor is tempered by the dry writing that comprises the history. There’s no spark to the various accounts. For me, quite frankly, it was a tedious chore to read it from cover to cover. It’s not that the history isn’t important. It is and I’m glad it’s preserved even in this fashion. It’s just not a fun book to read.

If you are passionate about the history of comics conventions, you will want this book. The price tag is reasonable for a book of this size. But if your interest in the subject matter is casual, you’ll want to give it a pass or just purchase it to keep on the shelf if you ever need the information in contains.

That’s all for this time around, my friends. I’ll be back next week with more reviews.