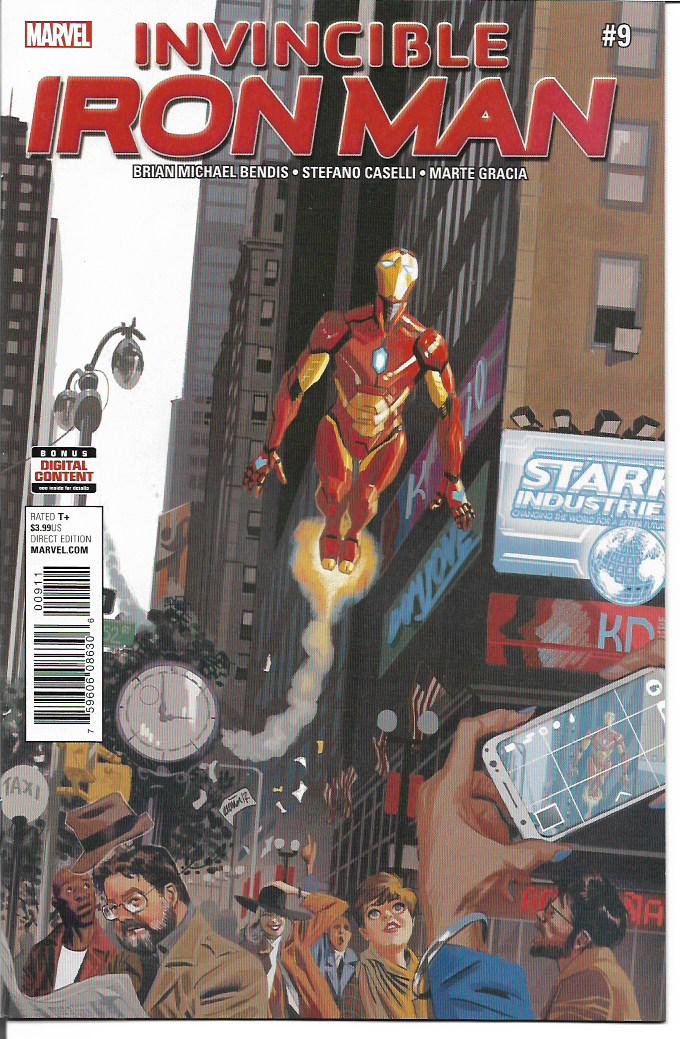 There are those who venomously decry the appearance of characters of color, creators of color, strong women characters, strong women creators, gay characters, gay creators and, indeed, any characters and creators who are not straight white males. They cling to their straight white male privilege. They spit on the idea of diversity in today’s comic books and other entertainments. They are dinosaurs waiting for the comet to hit, certain to be reduced to the merest of flotsam, doomed to swept into the dustbin of history. Their time is passing. They rage against their inevitable fate.

I’m their polar opposite. I look with admiration and excitement at the great characters and comics coming our way as a result of the increased and increasing diversity of my beloved comics art form. The only thing I decry is that it’s taken so very long to get here.

I adore Riri Williams, the black teenager who is crazy smart and is filling in for Tony Stark in the pages of Marvel’s Invincible Iron Man. She calls herself Ironheart. Trying to make the world better and safer, she is more likely to use her compassion and intellect than her superior firepower and technology. In recent issues, Riki conquered Doctor Doom’s Latveria, named herself queen and started the nation on the road to democracy. That was one of 2017’s finest comic-book “wow” moments.

Brian Michael Bendis breathed new life into the Iron Man franchise, even if Stark himself has been absent-but-not-totally-absent from Invincible Iron Man and Infamous Iron Man. The latter title stars a repentant Victor von Doom donning Iron Man armor and doing good. Yeah, I know, but Bendis makes it believable.

Stark? Well, he’s in some kinda self-induced coma but an artificial intelligence version of him is a mentor of sort to Riki. I’ve long been impressed by how well Bendis has captured Robert Downey, Jr.’s voice and used it for the comics version of Tony. Adding to the fun is Mary Jane Watson who is kinda running Stark Industries with the assistance of yet another artificial intelligence. Adding even more fun to the mix is the inclusion of Stark’s birth mother, a former rock-and-roll star.

If you had described the above to me, I would have thought Marvel had lost its editorial mind. But Invincible Iron Man and Infamous Iron Man work. They are well-written. They are well-drawn. They are entertaining and exciting. They are definitely worth reading. They are my picks of the week. Here’s a list of the various recent Iron Man collections: 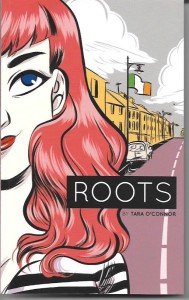 I would be lying if I didn’t admit the eye-catching cover of Tara O’Connor’s Roots [Top Shelf; $19.99] was what attracted me to her autobiographical graphic novel. Redheads aren’t my Kryptonite. They are evidence of my excellent taste in women. Ever since I watched Maureen O’Hara in The Quiet Man. But even the most eye-catching cover won’t earn a creator a good review if they don’t deliver the goods. O’Connor delivers.

What starts out as our heartbroken heroine’s journey to Ireland to discover her roots quickly becomes a romantic comedy wrapped in a coming-of-self story wrapped in a travelogue. I would have liked to have seen more of her family history – that turned out to be harder for her to find than herself – and more travelogue – I fell hard for both Maureen O’Hara and Ireland watching my all-time favorite movie – but I can’t complain about the finished work. The writing and the art are terrific. It kept me turning pages. It delivered a totally satisfying ending…and it made me want to see more from this very talented comics creator.

Roots is also my pick of the week…and would make a pretty nifty Valentine’s Day gift for your special someone. 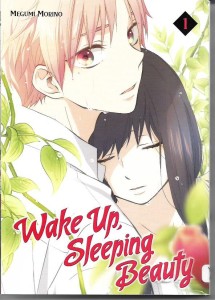 Megumi Morino’s Wake Up, Sleeping Beauty Volume 1 [Kodansha Comics; $12.99] is a supernatural romance with a down-to-earth hero who is unexpectedly noble. Tetsu Misato is a high school student at odds with his domineering father. Tetsu wants to join the work force on graduation. His dad wants him to go to college – which Tetsu can’t afford – and calls him a spoiled snowflake who’s never even worked a part-time job. To determine his own destiny, Tetsu juggles school and a job with his father’s housekeeping agency. I faced a similar conflict when I left John Carroll University after less than a year there. I didn’t want to be saddled with college debt. I didn’t like the arrogant Jesuits who ran the place. Most importantly, I wanted to pursue a career as a writer. That worked out for me.

Back to Tetsu. He gets a part-time job at a mansion on a hill with a mysterious outbuilding separate from the estate. The building is the home of the owner’s even more mysterious daughter. Tetsu falls from the daughter, but Shizu isn’t always the one in change of her own body. What her family thinks is a multiple personality disorder is actually Shizu’s possession by several spirits.

Tetsu’s devotion and loyalty to Shizu informs this initial volume. He’s a truly admirable friend. Shizu is a frail heroine, but also a young woman capable of strength. The spirits seem to be a benign bunch, but I suspect we haven’t met all of them yet. I’m intrigued by this series and plan to continue reading it.

Wake Up, Sleeping Beauty should appeal to shojo manga readers and I recommend it to them.