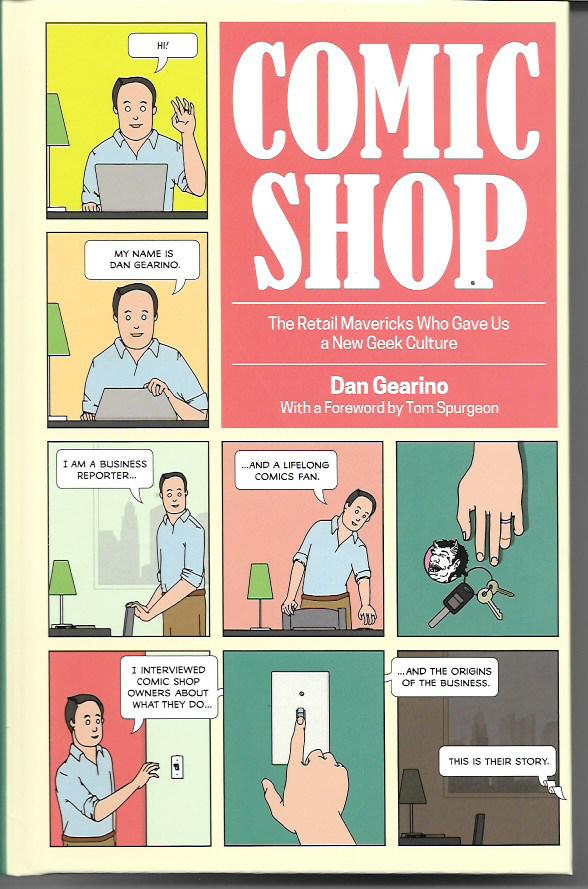 This is my first “Tony’s Tips” of 2018, but I’m writing it about a day after my last column of 2017. This year will be crucial for the comics industry on multiple fronts. Actual comic books and graphic  novels will have to maintain their own creative identities even as comics-based movies and TV series continue to flourish. We will be dealing with the same harassment issues that face entertainment and media. We’ll be dealing with the unfortunate tax cuts giveaways to the wealthy and their collateral damage to our customers. It will be harder for many of our readers to come up with the discretionary income that allows them to buy what we create.

Much of the above is out of the hands of the talented writers and artists and editors working in comics. The best plan I can come up with is to work even harder to make comic books and graphic novels as good as we can. I have been amazed and delighted by the efforts of every member of the Black Lightning: Cold Dead Hands creative team to make that six-issue series as good as it can possibly be. I see that same drive in other books from many other creators and publishers. I believe that if we make better comics then they – our readers – will come. That’s my New Year’s resolution.

This week, as a change of pace, I’m not going to have reviews per se. Instead, I’m going to give you a glimpse into what Tony reads in preparation for this column and all the other things I create.

I tend to bounce around from book to magazine to comic and back as I go through my day. Because I need to look up from my screen and stopping typing every so often during my day, I take many breaks to rest my brain and fingers.

I generally read two or three local newspapers per day. These are, by no means, good newspapers. But they give me a sense of the world immediately around me. I also read well over a hundred comic strips and editorial cartoons each day, but prefer to read those online on account of they are bigger in that platform. I used to ghost-write for a number of comic strips and like to keep current with what’s being published.

I read magazines, often because I fell for the cheap subscriptions that are gifts when you fill out a survey. These would include: New York, New Yorker, Real Simple, Essence, TV Guide, People, National Geographic, Entertainment Weekly, Wired, MAD, and, from the U.K., Beano (a weekly kids humor comic) and Commando (a weekly war comics digest). I probably forgot a few magazines. Often I just skim the issues, but I always do that because I never know when something in them might spark an idea.

Dan Gearino’s Comic Shop: The Retail Mavericks Who Gave Us a New Geek Culture [Swallow Press; $26.95] is a breezy, informative study of the comic shop culture and how it came to be. The first 150 or so pages offer a history enlivened with personal stories with the remainder of the book covering individual stores. I was involved in comic shops and distribution for close to a dozen years in the late 1970s and 1980s. Gearino’s accounts ring true to me. I’m enjoying his book greatly.

I’ve reading two different manga volumes simultaneously. Princess Jellyfish Volume 7 by Ahiho Higashimura [Kodansha Comics; $19.99] continues the story of Tsukimi, a shy young woman who tried to save her home (and that of several like women) by designing and selling dresses. Desperate circumstances have led her to make the ultimate sacrifice by leaving her home and friends, moving to Singapore to work for a major fashion company. The series has humor, romance and a cross-dressing hero that never fails to entertain, inspire and surprise. Once I’ve finished the manga, I plan to watch the anime and the live-action movie inspired by the manga. 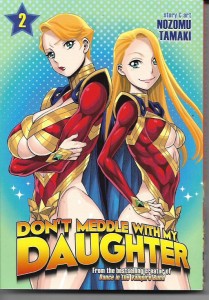 Nozomu Tamaki’s Don’t Meddle with My Daughter Volume 2 [Seven Seas; $12.99] is a raucous and risque super-hero series about a retired super-heroine named the Eighth Wonder and the daughter following in her mother’s footsteps. Much of the humor is titillating and even embarrassing for a refined older reader like myself. But it’s just so crazy and so much fun that I keep reading it.

Roy Thomas’ Alter Ego [TwoMorrows; $9.95] is my undisputed favorite magazine of comics history. Issue #150 celebrates 95 years of Stan Lee, my former boss, a mentor and my friend. I’m currently reading Ger Apeldoorn’s terrific article on Stan’s attempts to get out of comics in the challenging 1950s. The issue is filled with wonderful articles and artwork. The Eisner Awards judges should start marking their ballots now.

From the same publisher, Back Issue [$8.95] covers the Bronze Age of Comics and beyond. Editor Michael Eury is a child of that era; he and his writers are passionate about those comic books. Issue #102 is a “Mercs & Anti-Heroes Issue” with articles on Deadpool, Deathstroke, Vigilante and more. I’ll start reading that issue as soon as I finish Alter Ego #150. 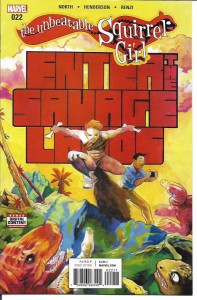 I’m two issues into The Unbeatable Squirrel Girl’s ridiculously fun visit to the Savage Land. In issue #22 [$3.99], writer Ryan North and artist Erica Henderson have Doreen and Nancy win a programming contest that lands them an all expenses paid visit to said Savage Land. Other winners include teams from Wakanda and Latveria. They learn the contest was more than it seems. The Savage Land is facing destruction and its guardians are hoping these whiz kids can save it. From the laugh-out-loud online exchange between Doreen and Tony Stark that kicks off the issue, this story arc is entertaining and exciting. Great stuff.

It looks like the entire story will be collected in The Unbeatable Squirrel Girl Vol. 7: I’ve Been Waiting for a Squirrel Like You [$17.99]. It’s scheduled to be published in March.

My immediate reading pile also has some free comics from Halloween ComicFest. I’ve been reviewing these in my Tony Isabella’s Bloggy Thing [http://tonyisabella.blogspot.com] and these are the last few issues I haven’t written about.

One of my not remotely guilty pleasures is reading the PS Artbooks hardcover collections of classic and not-so-classic comics from the 1940s and 1950s. I always have one of these volumes on my reading pile and, at present, that volume would be Planet Comics Volume Ten [$69.99], reprinting issues #42-47 [May 1946 to March 1947]. I like to read these volumes a story at a time. They make for a nice break from all the other stuff I read.

The above answers the question of what Tony is reading right now. Just reading this long list makes me wonder where I find time to do anything else.

Here’s wishing all my friends and readers a happy new year. I will be back next week with more reviews.