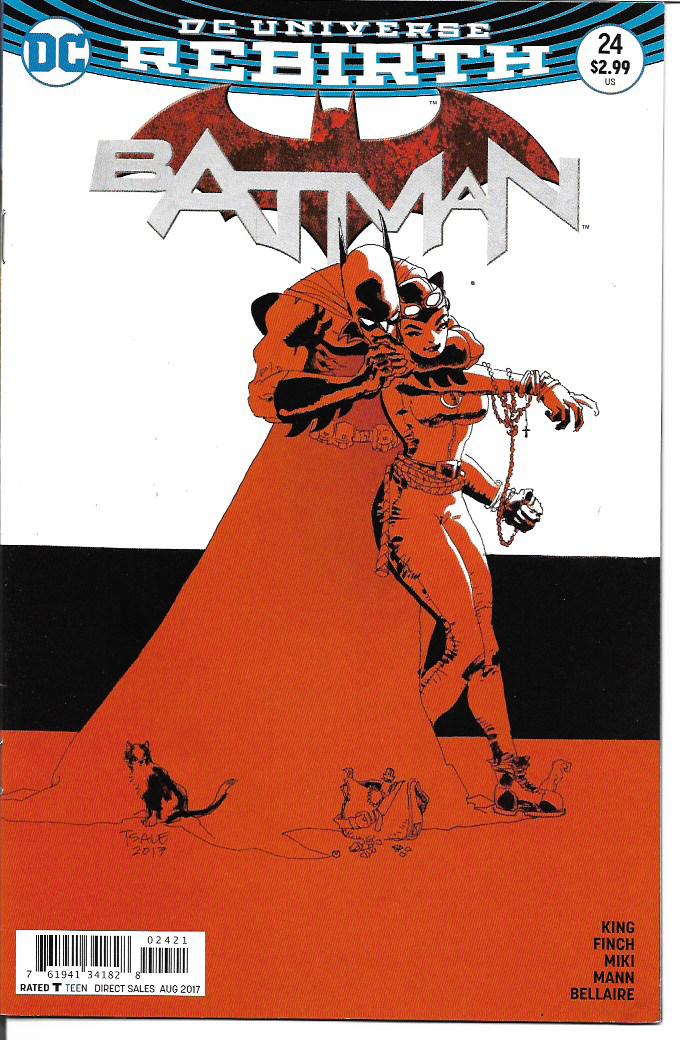 The holidays are nearly upon us. As has been the blessed case for years now, there is a wealth of collected editions of comic books, graphic novels, manga, books on comics history, comic-book movies, season sets of comics-based live-action TV series and comics-based cartoons and all manner of comics-related apparel including caps, t-shirts, socks and undergarments. If you’re shopping for a comics fan, you have more gift choices. If you’re a comics fan yourself, assuming you haven’t been naughty, those that love you won’t have any trouble finding all sorts of great gifts.

I see “Tony’s Tips” as being your year-round shopping guide. Most of what I write about here would be suitable for birthday, holiday and other special occasion presents. The column is sponsored by the fine folks of InStock Trades, one of my favorite online retailers because of the vastness of their inventory and the excellence of their service. If you enjoy this column, check them out.

Regular readers of this column know I tend to read comic books in batches. As much as I would love to read comics as I get them and be current on all the titles that interest me, I know that is not going to happen any time soon. Writing comic books and other stuff doesn’t give me the time to read all the comic books I would like to read, at least not in any timely fashion.

My haphazard reading habits put Batman #24-29 [DC; $2.99 each] in my hands this past week. Written by Tom King, this run includes a seemingly pivotal Batman/Catwoman story penciled by David Finch; the first four chapters of “The War of Jokes and Riddles” with art by Mikel Janin and an interlude tale featuring Kite-Man penciled by Clay Mann.

The Batman/Catwoman story wraps up some loose ends from a previous story arc and had some really nice moments in it. Batman advises a young super-hero whose powers can kill her. She asks him a pointed question about his own life. And the Bat’s relationship with Selina Kyle is re-framed in an intriguing way. “Intriguing” is a word I’ll be using again in this review. In any case, I did like this issue quite a bit.

“The War of Jokes and Riddles” is an adventure set earlier in the Batman’s career. The Joker and the Riddler are battling for control of Gotham, each having recruited other villains. Oh, both parties want Batman delivered to them before they’ll even consider a truce. Though the strategies of the war are intriguing, I have all sorts of problems with this story line.

These problems are not exclusive to this story. Most major comics villains are overused and the Joker tops that list. The brutality of these villains makes Batman look like a chump. They kill lots of people. They will suffer no meaningful consequences for their mass murdering. They will either be captured or “die” and then they will return to slaughter more people. Boo on that.

King does earn considerable points for his use and re-invention of Kite-Man, a long-time favorite of mine even before I revealed – in an issue of Hawkman – that his name was Charles Brown. That element combines with solid writing and art to keep me reading this story. Batman Vol. 4: The War of Jokes and Riddles [$19.99] is scheduled to be released any day now. It collects issues #25-31. If you like tales of Batman’s early days and his admittedly legendary villains,  you might want to put this book on your wish list. 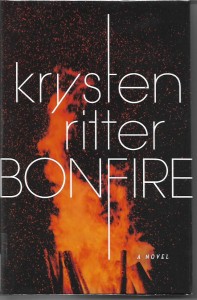 Bonfire by Krysten Ritter [Crown Archetype; $26] is the first novel by the actress playing Jessica Jones on the Marvel/Netflix series. She is also founder of Silent Machine, “a production company that aims to highlight complex female protagonists.” This novel’s Abby Williams is one such protagonist.

The book is a little choppy in places and I’m not wild about every element of its ending. On the plus side, Williams is a compelling character, a woman haunted by her small-town history who returns to her birthplace as an environmental lawyer to investigate the town’s major benefactor and employer. Ritter does an equally good job in creating the small town and helping her readers experience the good and the bad therein. Add the palatable evil that underlies Abby’s aversion to her old home town – Ritter doesn’t hesitate to create truly evil villains – and this first novel scores a recommendation from me. It’s not comics per se, but I think fans who have enjoyed Jessica Jones will enjoy this novel as well. 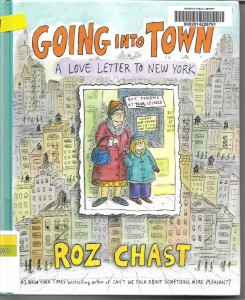 My pick of the week this week is Going Into Town: A Love Letter to New York by Roz Chast [Bloomsbury USA; $28]. A New York Times best-selling author, Chast created a little booklet on the city for her daughter who was attending college and living in Manhattan. As she says in her opening chapter, the cartoonist wanted her child to get off on the right foot with New York.

Born in Brooklyn and now living in the suburbs, Chast lived in New York in between those two destinations. In this charming, amazingly informative book, the cartoonist celebrates New York and the many wonders to be found there. From the basic layout of the place and just walking around the city, Chast takes us into the subway, shows us stuff to do, describes the flora and fauna, tells us about the food and even offers insight into New York City apartment life. As someone rediscovering his love of the city – I hated the place by the time I moved back to Ohio and for decades afterward – I found her book nothing short of delightful.

Comics and cartoons can tell all sorts of stories. This book is the story of a city. Not a dry history, but a lively guide to the New York of today. I recommend it to one and all.

That’s all for this week. I’ll be back next week with another trio of reviews for you. Be well.