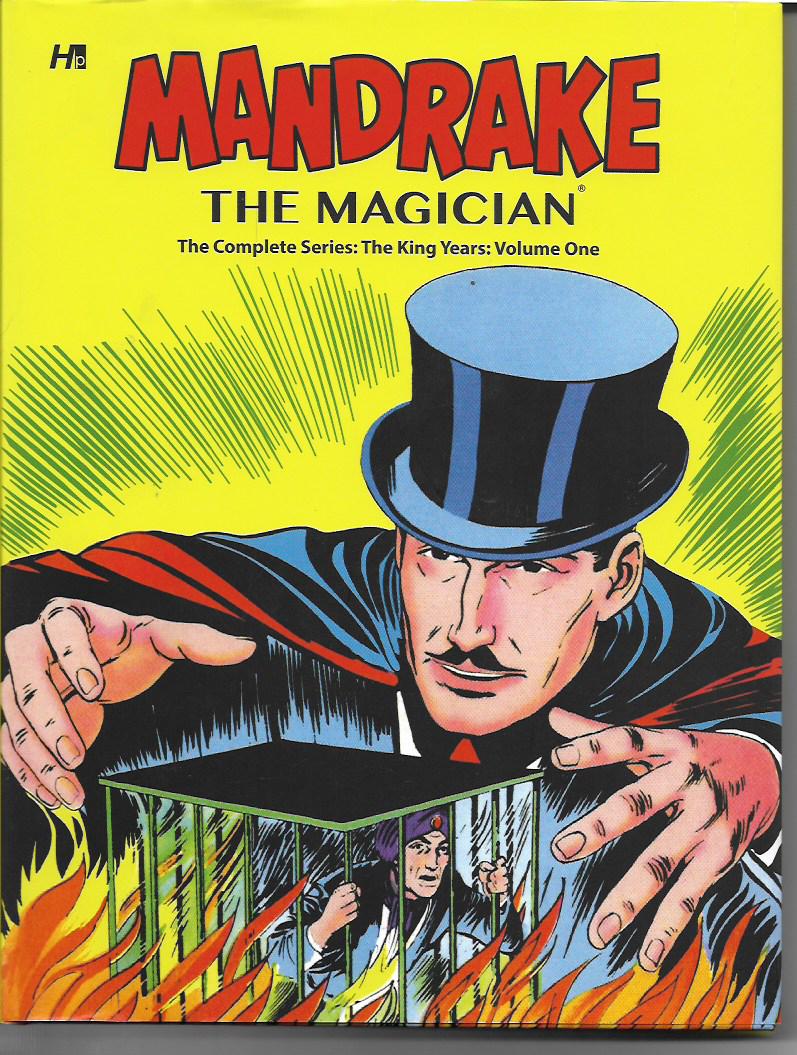 Old heroes don’t die and, if they are comics heroes, they usually don’t even fade away for long. In this week’s column, we’re looking at some classic heroes who have been with us since the 1930s, the 1940s and the 1950s.

Lee Falk’s Mandrake the Magician, whose newspaper strip launched on June 11, 1934, was a character I always kind of sort of liked even as I found it wanting. Mostly because I never bought that his sole actual “supernatural” ability was super-hypnotism. Some of what he did with that power defied the contention it was all in the minds of those around him. Also, though in later years, Falk attempted to set this right, Lothar disturbed me from the first time I saw him. Allegedly royalty, the amazingly strong Lothar wore stereotypical animal skins, spoke broken English, was easily confused and seemed more servant that friend or partner.

I read Mandrake sporadically in the newspapers. My first sustained exposure to him was in the mid-1960s when King Comics published ten issues of a Mandrake comic book. The stories were mostly based on newspaper strip stories with, initially, art by moonlighting Marvel artists Don Heck and Werner Roth. The stories in the later issues included some that were originally produced by Italian writers and artists. Back then, I found these comic books enjoyable but not especially outstanding.

In 2016, Hermes Press collected all of these comic-book stories in Mandrake the Magician the Complete King Years: Volume One and Two [$49.99 each]. Those hardcover books recently made the way to the top of my reading pile. The presentation of the comics was first-rate. It was fun revisiting the stories for the first time in four decades. I appreciated the informative introduction in the initial volume and the dual interviews with Fred Fredericks, who drew (and later wrote and drew) the newspaper strip from 1964 to 2013. As a bonus, the second Hermes volume also reprinted Dell’s Four Color #752 featuring original Mandrake stories written by Paul S. Newman  and drawn by Stan Campbell.

Coming back to these comics stories gave me warm gooey feelings of nostalgia. It was a time when new comics publishers like King and Tower were trying to gain a foothold on the newsstands, when some older publishers like Archie and Charlton were trying new things, when the American Comics Group (ACG) was still around doing comics  like no others and when publisher Jim Warren was engaging me with Creepy, Eerie and Blazing Combat. It was an exciting time to be a teenage comics reader with enough part-time jobs to be able to buy a lot of comic books. Then and now, I thought these Mandrake comic books were fun.

If you lack my nostalgic impulses, Mandrake the Magician Volumes One and Two are too expensive for your casual reading. You can get them at a nice discount from InStockTrades, which sponsors these weekly “Tony’s Tips” columns, but they still aren’t for every fan. Just for those of us who still get a kick out of Mandrake gesturing hypnotically and maybe making some magic happen. To those willing to abandon their disbelief, which includes yours truly, I recommend both volumes.

Mandrake the Magician the Complete King Years: Volume One 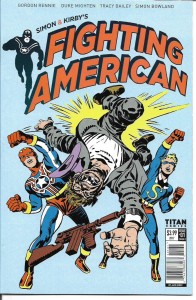 I read and mostly enjoyed Fighting American #1-2 by Gordon Rennie with artist Duke Mighten [Titan Comics; $3.99]. The title hero was created by Joe Simon and Jack Kirby in the 1950s. At first, it was pretty much a Cold War reboot of their Captain America. Then they ran with the excesses of the Joseph McCarthy Era and turned into a  brilliant parody of patriotic heroes. Fighting America is one of my favorite Simon/Kirby creations.

Rennie and Mighten have created a half-continuation and half-reboot of the original comics. In their version, Fighting American and his sidekick Speedboy have been propelled into the future to battle an old enemy. They end up stuck in our time with Speedboy getting all wide-eyed at the more open displays of sexuality he sees while his adult partner scorns these modern mores with speeches that wouldn’t have been out of place on the 1960s Batman TV shows. Not all of the humor works. Sometimes it’s overplayed. But, regardless of the few bumps in the road, these were fun comic books. I’m in for the long haul and recommend you give the title a chance.

Fighting American Volume 1 [$16.99], a trade paperback collection of what I’m guessing is the first five issues, is scheduled to be released in May of next year. 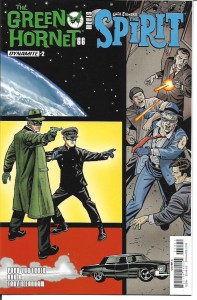 This week’s top pick of the week is The Green Hornet ‘66 Meets the Spirit #1-5 by Fred Van Lente and artist Bob Q [Dynamite; $3.99 per issue]. There are mysteries galore in this adventure, all of which are resolved entertainingly. There are wonderful character scenes with the heroes. There’s an Will Eisner-esque vignette about a man name of Hypnos Schnooze that fits magnificently into the all-around story. This series was a delight on every level.

The Green Hornet ’66 Meets The Spirit will be collected in a trade paperback [$19.99] in May of next year. If you’re a fan of either the Green Hornet TV series or Will Eisner’s landmark Spirit comic, you’ll love this book. If it were already available, I’d buy a few copies for Christmas/holiday gifts.

One last note. I’m putting together my 2018 appearance schedule as we speak. If you’re a promoter who would like be as a guest at an event or convention, now’s the time to contact me to discuss terms of such an appearance. I’ll respond as quickly as possible to all such inquires.

Another one last note. Black Lightning: Cold Dead Hands #2 should be in the comics shops this week. That I urge you to buy this six-issue series is a clear conflict of interest. I hope you can find it in your hearts to forgive me…and again when I do exactly the same thing for issues #3-6.