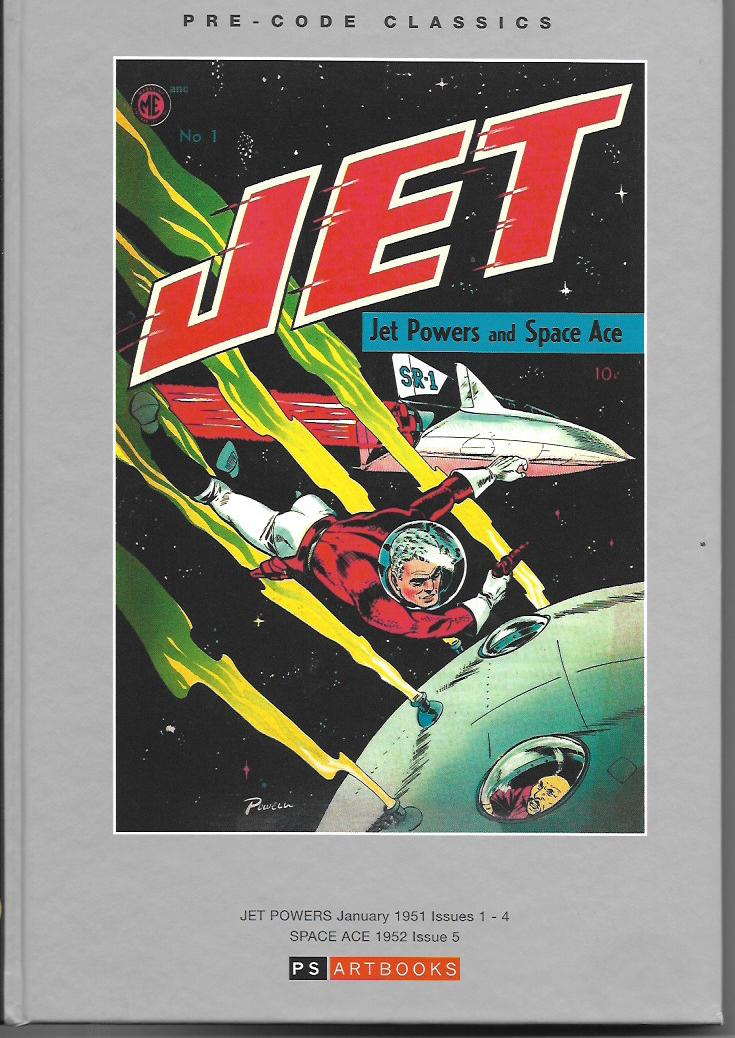 It’s Thanksgiving week and I’m thankful that, as I lumber toward my 66th birthday, I still have fans and friends reading what I write and, one hopes, enjoying what I write. Of course, there are other things for which I’m profoundly thankful. My family. That I’m again writing Black Lightning comic books. That the Black Lightning live-action TV series will be debuting on the CW on Tuesday, January 16, 2018. Blessings abound.

I’m also grateful that, some 62 years from when I learned to read from comic books, I am still an avid fan of the medium. I read way more comics and collections and graphic novels than I can fit into this column or my nigh-daily blog. But, when I come across comics that are great or comics that, though not necessarily good, spark a review, I’m so pleased to have forums like this one wherein I can share my comments with you. Let us have at it.

I’ve got it bad for the PS Artbooks hardcover collections of public domain comic books. Even when I suspect the material won’t be very good, I am drawn to the opportunities to read comics I would likely never not been able to read any other way.

Drawn by Bob Powell, Jet Powers is a “captain of science, master of the atoms and molecules that make up the world we live in!” He’s a bonafide super genius and his sci-fi adventures involve the usual mad scientists and would-be alien conquerors. Each issue has three Jet Powers stories. Each of the four issues also presents a short comics story of Space Ace, a star adventurer and pirate. Lawrence Woromay drew the first Space Ace tale, the artist of the second has yet to be identified and the stories in #3 and #4 are penciled by Al Williamson with, on the last story, some inking assistance from Wally Wood.

The most interesting of the Jet Powers tales are those in which the humans of Earth are almost completely wiped out by “The Dust Doom.” This story continues in a later issue, next to Jet Powers stories that don’t seem to be part of that continuity. It’s jarring, but I like the audacity of the storyline.

Space Ace #5 isn’t nearly as interesting. Gone is the adventurer and pirate, replaced by a generic super-hero sort with a teenaged sidekick. There are five short Space Ace tales, all drawn by Fred Guardineer in a dull, flat style. 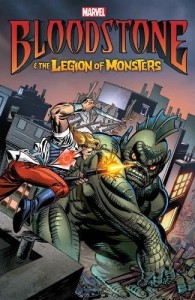 The Legion of Monsters mini-series by Dennis Hopeless with artist Juan Doe is terrific. Elsa is an edgy and fun heroine and I loved her interactions with her monstrous uneasy allies. While the 2012 trade paperback is out of print, you can easily find copies on the secondary markets. Get that trade paperback and you have the best part of the larger collection.

What really brings the book down are those original adventures of Ulysses Bloodstone. While some of the art is interesting and even well done – I like the teaming of American pencilers with finishers from the Philippines – the writing on these stories is pretty bad. The stories meander all over the place. The captions and dialogue are leaden. The only interesting one in the bunch is the finale of the series.

That finale was written by Steve Gerber, possibly recruited to put this suffering animal out of its misery. Gerber’s script takes no prisoners and is not kind to Ulysses. It’s nowhere near one of my sorely missed friend Steve’s comics masterpieces, but I confess I enjoyed his approach to wrapping up the series.

If the Legion of Monsters limited series was only available in this just-released larger collection, I would probably suggest you get it and stop reading before the 1970s Bloodstone stuff. But you’ll save yourself time and money by going for the 2012 trade paperback mentioned above.

Bloodstone and the Legion of Monsters: 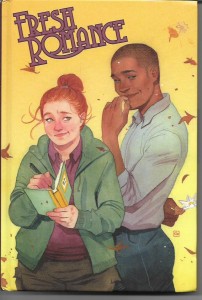 This week’s pick of the week is Fresh Romance Volume 2, edited by EMET Comics publisher Maytal Gilboa [$24.99]. The 192-page volume presents four fine stories of LGBTQ and interracial romances: “The Only One” by Cecil Castellucci, Sarah Winifred Searle; “Under the Oak Trees” by Sally Jane Thompson; “Walk It Off” by Suzana Harcum and Own White; and “One Lucky Bride” by Julie Hutchinson.

“One Lucky Bride” is a madcap comedy of errors about a lesbian who must get married by a certain deadline in order to inherit wealth. “Under the Oak Trees” deals with a long-distance romance. “Walk It Off” is an adventure/travel romance that will be continued – soon, I hope – in a future Fresh Romance volume. All of them are charming and entertaining stories told without cynicism and with an eye on the happy ending prize.

“The Only One” is the shortest tale in this anthology, but it’s my favorite. It’s the story of a romance that is literally a lifetime in the making. Romance is not just for the young. That is a theme that resonates with someone of my advanced years.

Fresh Romance Volume 2 will be of interest to the readers who love romance comics, who love human tales and who love to see diversity in comics. It would make a great gift for a romantic partner who shares your love of comics or one you want to introduce to the joy of comics. I’ll be looking for more EMET publications in the near future.

I’ll be back next week with more comics tips.