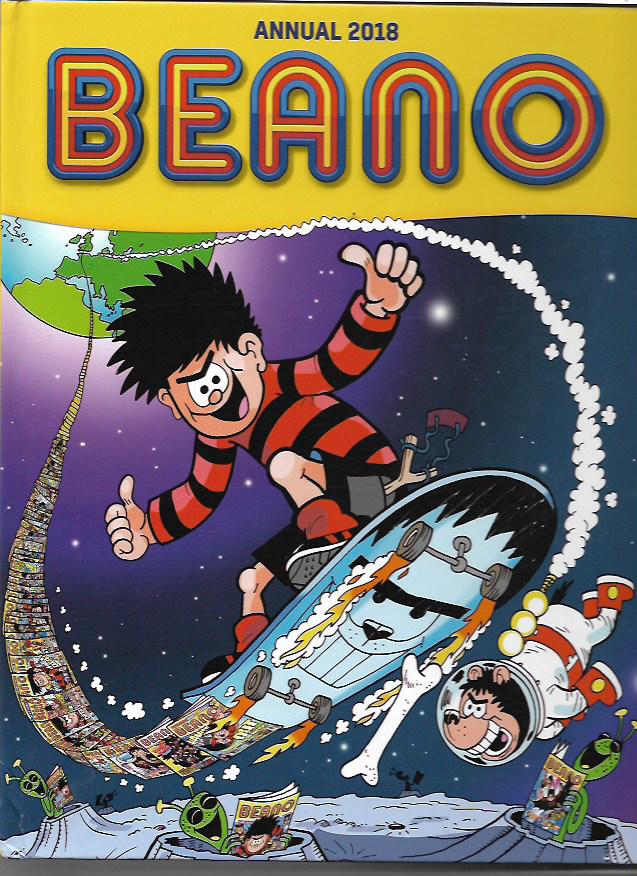 My interest in British comics predates my starting work at Marvel Comics in 1972 to work on The Mighty World of Marvel and the other produced-in-the-United-States weeklies. Jerry Bails, the father of comics fandom, sold me a bunch of weeklies at a Detroit Triple Fan Fare.
I was immediately intrigued by the format.

Today, I subscribe to two British comics. Commando is a digest-size black-and-white weekly that publishes done-in-one war stories that might take place in World War I one week and Vietnam the next. At two panels per page and 63 pages per issue, these tales remind me of extended versions of the short stories that used to run in DC’s Our Army at War, G.I. Combat and others.

Beano is a more traditional British weekly. It’s slightly larger in size than American magazines. It features stories and such centered around the Bash Street Kids, elementary school students whose mad antics often drive their parents and teachers mad. Though intended for much younger readers, I get a kick out of Beano.

I was getting 2000 AD and Judge Dredd Megazine as well, but, sad to say, those titles are a faint shadow of their former selves. Judge Dredd continues to be fun, but virtually every other strip in these titles is mediocre at best. I dropped the titles and have invested the money I’d been spending on them in copies of Black Lightning: Cold Dead Hands, a six-issue series from DC Comics. You might want to check that one out.

Something British comics do every year is publish hardcover volumes of their weekly titles. These make great gifts for young readers. For about
$10.50 in U.S. dollars, I ordered Beano Annual 2018 from D.C. Thompson & Company Limited. It’s 112 pages of full-color comic strips starring all the Beano regulars: Dennis and his dog Gnasher, The Bash Street Kids, Billy Whizz (the fastest boy in the world), football-crazy Ball Boy, Bananaman (when little Eric eats a banana, he becomes a super-hero), Roger the Dodger, and, the tougher-than-all-the-boys Minnie the Minx.
There’s even a story running through the annual that teams up most of the kids as they battle to defeat evil forces who want to suck all the fun out of their town.

Chalk it up to my eternal immaturity or youthfulness – either one works
– but I get a kick out of the kids and their raucous adventures. Buying this annual will give you a feel for the weekly and, if you like what you see, subscriptions are available even right here in the Colonies. Check out the D.C. Thompson website: 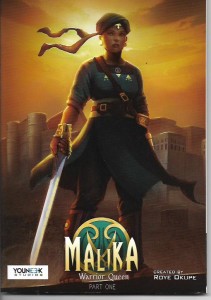 When I reviewed the Free Comic Book Day edition of Malika Warrior Queen [YouNeek Studios] in Tony Isabella’s Bloggy Thing, I gave it nine out of a possible ten points. Though the 20-page excerpt could have used a little more background, it told an exciting story with likeable characters and vibrant actions. I liked it a lot and, on seeing Malika Warrior Queen Part One [$14.99] was available, I was quick to order the 144-page trade paperback.

Created and written by Roye Okupe with art by Chima Kalu, Malika did not disappoint. Set in fifteenth century West Africa, the book tells of a fierce and wise queen and military leader struggling to defend her expanding kingdom from enemies without and within. This first book gives readers much more information on the land and the people who appear in it. We get to see many sides of Malika as the adventure progresses, including more than a few surprising elements to her life. Though set in a fictional universe, Malika draws much of its energy from the real-life history of Africa and its people. The continent and its many countries can inspire many more stories than we have generally seen in modern pop culture entertainment. A series like Malika draws on its deeper roots and expands beyond the traditional views of the continent.

Kalu’s art is rich with detail and humanity. The artist is a solid storyteller who handles the human scenes and the vast battle scenes with equal skill. Color artist Raphael Kazeem adds plush and moody hues as the story demands. It’s a great-looking book.

Malika Warrior Queen would make a great gift for comics readers who crave something different in their adventure reading. Between its strong female protagonist and its sense of history and scope, I can see why it was nominated for a 2017 Glyph Comic Award. It didn’t win, but I suspect subsequent volumes will be strong contenders in every applicable category. I will be looking forward to those subsequent volumes. 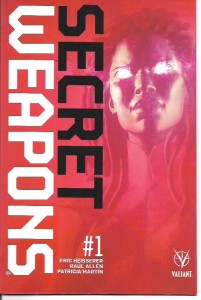 Valiant continues to impress me. Even though its shared universe is growing in both time and space, almost all of their comic books are very accessible to newcomers. Most issues have some sort of “what has gone before” material and the scripts themselves usually give the new reader all the information they need to follow the stories. If you asked me to give you a summary of the Valiant Universe, I’d fail miserably. So many characters and settings. But the vastness of the universe doesn’t block me from enjoying the individual issues and series.

Secret Weapons #1-4 [$3.99 per issue] draws on the machinations of Toyo Harada, the world’s most powerful telepath. He activated many “psiots” like himself. Some emerged with great powers. Some didn’t survive their activation. And some, the heroes of this series, were considered useless and discarded.

Government technopath Livewire is tracking down these “failures.” She sees potential in them that Harada didn’t. Unfortunately, she’s not the only one interested in them…and her opposition does not have her benign intentions. What results is an exciting chase with deadly consequences if the “secret weapons” fall into the hands of their enemy.

Lovers of B-list and C-list super-heroes will get a kick out of the characters in Secret Weapons. Though new to comics writing, Eric Heisserer, the Academy Award-nominated screenwriter of Arrival and Valiant’s upcoming Harbinger and Bloodshot feature films, does the concept proud. Artist Raul Allen and color artist Patricia Martin help pull it together. The result is an enjoyable super-hero team book that I hope gets another series soon.

Secret Weapons will be collected in trade paperback in December for the low price of $9.99. Check it out.

That’s all for this time. I’ll be back next week with more reviews and the usual gift suggestions.