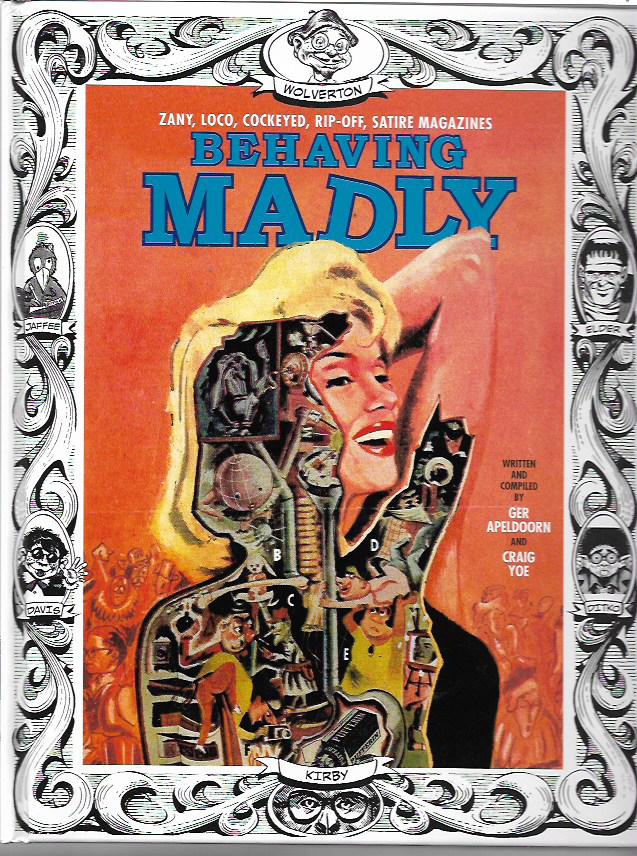 Comics history is on my mind this week with a book on the imitators of MAD magazine, the autobiography of a Will Eisner Comics Industry Hall of Fame member and a cool collection of street-level super-hero stories from the 1970s. You’ve heard me say this before, but  now is the true Golden Age of Comics with all manner of wonderful comics from around the world and from the past and present, coming out right alongside books that expand our knowledge of the medium we love and those who created it.

First up is Behaving Madly by Ger Apeldoorn and Craig Yoe [IDW and Yoe Books; $34.99]. Apeldoorn, who writes for television, stage and screen in his native Netherlands, is also one of our best and most dogged comics historians. If there’s a fact out there waiting to be uncovered, my pal Ger will find it. Yoe has won two Eisner Awards and been nominated for other awards on account of he puts together collections of comics that would otherwise be lost to the ages. He has published more than 50 such books.

What we have in Behaving Madly is perhaps the first history of the many magazines that tried to ride the coattails of MAD, still the best and most successful of all such humor publications. As much as I know of comics history, more than half of the titles discussed in the introduction were revelations to me. I had never heard of Bunk, Cockeyed or Cuckoo and those are but three of over a dozen titles.

Past the introduction, Behaving Madly presents comics and features from many of these mostly short-lived magazines. The jokes might be a bit dated and the parody subjects unknown to fans of generations that came well after my own, but these amusing artifacts are more intriguing that I ever imagined they could be.

The artists? We’re talking a who’s who of the best comics artists of the 1950s, legendary talents looking for work at a time when the comics industry was being battered and bruised by the usual censors trying to find scapegoats for complex societal problems. The roster  in this book includes Basil Wolverton, Al Jaffee, Jack Davis, Jack Kirby, Will Elder, Steve Ditko, Bill Everett, Joe Maneely, Angelo Torres, Bob Powell and many more.

I know it’s September, but it’s never too early to start searching for great gifts for the folks you love. Among the people who would get a kick out of Behaving Madly would be fans of MAD Magazine, pop culture or nostalgia buffs and students of comics history. Imagine the fun a teacher could have giving his students an assignment to read these articles and stories and compare them to those real-life people and situations being parodied.

Yoe Books are both entertaining and informative. Comics history is not the sole providence of the perpetually arrogant. Learning can be fun and Yoe always brings that to his books. 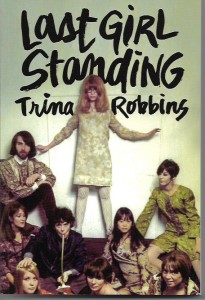 Wanna talk comics legends? How about Trina Robbins? The Eisner Hall of Fame member is a writer, artist and comics historian. She was a pioneer in the underground comix movement. She published the first such comic produced entirely by women. She has edited collections of women cartoonists and, as a comics historian, done some of the best work in that field. She’s a wonder.

Last Girl Standing [Fantagraphics Books; $19.99] goes beyond comic books as Robbins shares her memories of a life that saw her side-by-side with dozens and maybe hundreds of counter culture and music icons. This is a Trina Robbins I never knew and her journeys from WWII-era New York to San Francisco and beyond flat-out dazzle me. She was present at and active in so many important movements. I’m not sure she doesn’t have some Amazon DNA in her make-up.

This is a memoir to savor. You read of Trina’s adventures, you see the photographs, you take a deep breath. Then you’re ready for the next adventure. This book is a literary high. It should be in every high school and public library.

Last Girl Standing would be…yeah, here it comes again…a spiffy gift for all sorts of people. Comics history buffs, but especially female comics history buffs and modern-day creators. Dull lads like me who were never involved in the counter culture to any momentous extent. Heck, the only time I got high on drugs was when a woman I dated in the early 1970s would take a hit off a joint made from the pot I’d given one of our friends for a birthday and then kiss me. I’m still not sure it was the pot that got me high. But, enough of writing stuff that will embarrass my children.

Last Girl Standing is my pick of the week. 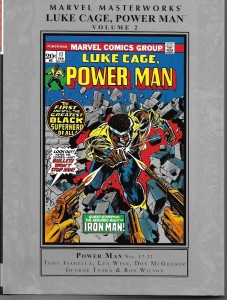 Recently released is Marvel Masterworks: Luke Cage, Power Man Vol. 2 [$75]. This handsome hardcover edition has a new introduction by yours truly and reprints the stories from Power Man #17-31 by me, Len Wein, Don McGregor, George Tuska, Ron Wilson and other Marvel stalwarts of the 1970s.

I don’t want to give away too much from my introduction, but I was a Cage fan from day one. Working for the Cleveland Plain Dealer at the time Luke made his debut, I pitched the newspaper on my doing an article on the character. The editors gave it a pass on account of the paper had just published a big article on comics a year or so before. Surely comic books weren’t worth two such articles. I’ll pause to let you roll your eyes here.

I am incredibly biased, but I think there’s a lot of good comics in this volume. Len Wein and George Tuska created Cornell Cottonmouth, who was a key character in the Luke Cage series on Netflix. I did a mostly satiric story taking on “planned communities” – code for no blacks allowed – and turned supporting character scientist Bill Foster into Black Goliath. McGregor wrote the angriest Luke Cage seen to that point and injected a street beat into his issues. The art throughout this collection has the same feel.

So, yes, I’m definitely biased, but I think this Marvel Masterworks will please readers young and old alike. It’s from beginnings like this that we get Luke Cage and the other impressive programs from the Marvel Netflix Universe. Check it out.