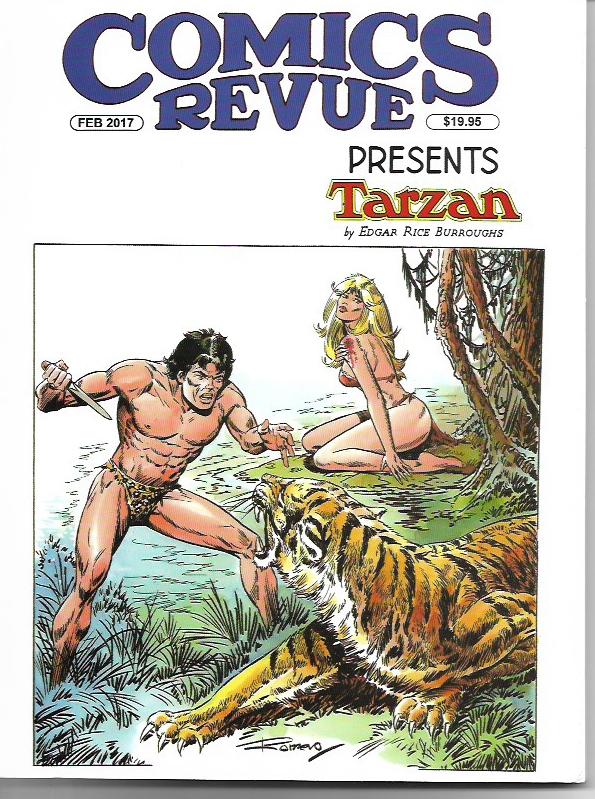 Rick Norwood’s Comics Revue [Manuscript Press; $19.95 per issue) is one of my favorite magazines. Every issue is packed with a terrific selection of some of the best newspaper comic strips of all time. For me, the main attraction of the magazine has long been Modesty Blaise by creator/writer Peter O’Donnell and artist Enrique Romero. However, there are so many great strips in each issue that I never skip to the back of the issue to read Modesty first.

Modesty is the retired leader of a benign criminal organization – no drugs, no prostitution, no murder for hire – who disbanded the organization when she retired. With Willie Garvin, the right-hand man she rescued from a downward spiral, she misses the excitement of her past. She meets and becomes of considerable service to Sir Gerald Tarrant, a top official of the British Secret Service. She and Willie deal with old enemies on a frequent basis and also help friends and strangers in need. I love Modesty and Willie, who are, simply put, two of the best characters ever created and, push comes to shove, will name their strip as my favorite adventure strip of all time.

Comics Revue’s current Modesty adventure has a vacationing Tarrant troubled by a woman who sells arms to terrorist. It turns out the woman is one of those old enemies mentioned above. Halfway through the story and I’m already ranking Granny Smythe as one of the most interesting adversaries Modesty and Willie have faced.

On the road to Modesty Blaise, Comics Revue presents over a dozen other remarkable strips. “Tarzan’s Double” by John Celardo and Dick van Buren takes us into a hidden land with a beautiful ruler who’s smitten with the Lord of the Jungle. Sir Bagby by brothers Rick and Bill Hackney is a brilliant albeit little-known comic strip about a bumbling knight serving a bumbling king with the dubious aid of a bumbling wizard. The hilarious strip has only been reprinted in the pages of Comics Revue.

The rest of the line-up: The Phantom (1969) by Lee Falk and artist Sy Barry; The Phantom (1950) by Falk and Wilson McCoy; Krazy Kat by George Herriman; Rick O’Shay, a western strip with action, humor and heart by Stan Lynde; Flash Gordon (1959) by Harry Harrison and Mac Raboy; Flash Gordon (1969) by Harrison and an unnamed artist; Tarzan (1977) by Russ Manning; Alley Oop (1940) by V.T. Hamlin; Gasoline Alley (1982) by Dick Moores; Steve Canyon (1974) by the legendary Milton Caniff; Steve Roper (1956) by Allen Saunders and William Overgard; and Buz Sawyer (1965) by Roy Crane. All of these great strips add up to 132 pages of classic entertainment.

Comics Revue is my pick of the week. It’s available at fine comic-book stores everywhere or you can order it directly from Manuscript Press at P.O. Box 336, Mountain Home TN 37684. A single issue will cost you $20 with $59 for a one-year subscription and $118 for two years. With the quality of the newspaper strips and the magazine’s high production values, I think it’s a bargain. 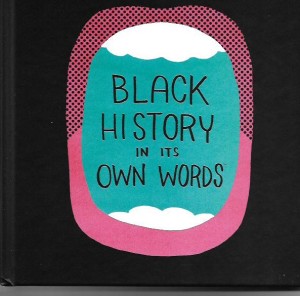 Image Comics continues to surprise in delightful ways. The latest such surprise was Ronald Wimberly’s Black History in Its Own Words [$16.99], a hardcover collection of his illustrations of important black figures with “the words that defined them and their times.” Wimberly is an artist, cartoonist and designer who has worked with DC/Vertigo, Marvel, Dark Horse and other publishers. He also wrote and drew the cartoon essay “Lighten Up,” which is something worth looking up online.

Wimberly portrays 39 historical and pop culture figures. The roster includes Angela Davis, Muhammad Ali, Ice Cube, Laverne Cox, James Baldwin and Lena Horne. Each illustration is prefaced by a bit of biographical information and, within the drawing, has a quote from the figure. Two quotes that hit me hard were Cox’s “When you put love out in the world it travels, and it can touch people and reach people in ways we never expected.” and Baldwin’s “To be a Negro in this country and to be relatively conscious is to be in a rage almost all the time.” For me, the first quote represents hope for our sad country and world…and the second represents the reality for too many of my friends and fellow Americans.

Black History in Its Own Words is an important, vital collection. It belongs in public and school libraries. I recommend it highly. 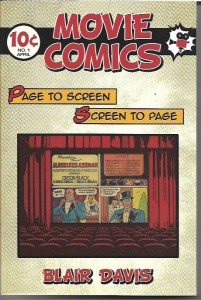 In the case of Movie Comics: Page to Screen/Screen to Page by Blair Davis [Rutgers University Press; $27.95], I went for it because the subject matter was one of keen interest to me. It turned out to be a good decision on my part.

Davis keeps the mumbo jumbo to a bare minimum as he discusses the relationship between comic strips and comic books, and the movies, cartoons, TV shows and even radio programs based on them. Then he sweetens the informative pot by also covering the reverse: how the comics adapted movies and TV shows to their medium. The result is a fascinating overview of the relationship from the beginnings of the American comic strips and comic books through the 1960s.

Movie Comics is a solid piece of work. I approve.