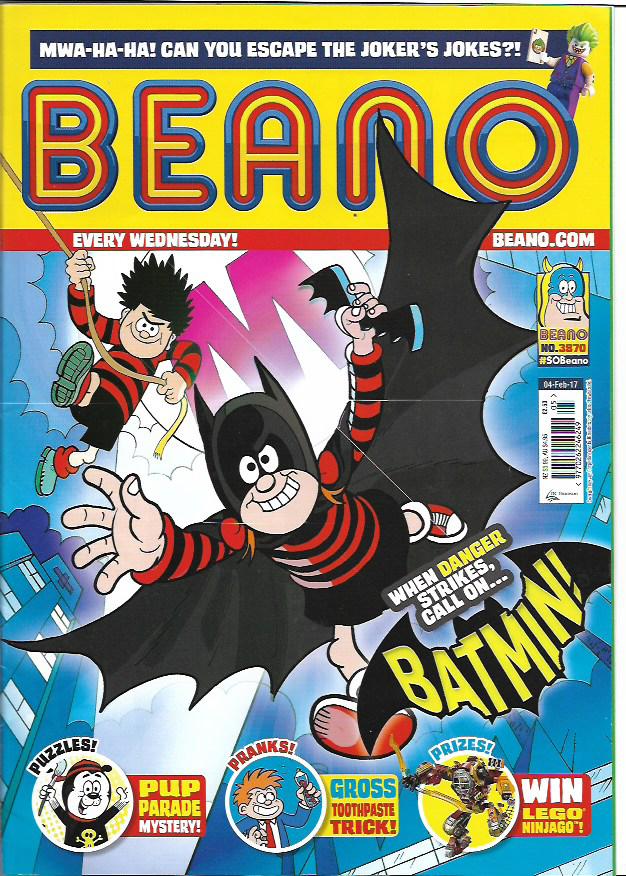 This being my 200th “Tony’s Tips” column in this venue, I figured I should do something different for it. Since I have been telling anyone who would listen that right now is the true “Golden Age of Comics” – with great new comics and graphic novels from all over the world, collections of classic newspaper strips, and countless reprints of classic and perhaps-not-so-classic comic books from the 1940s to the present day – this week’s column discusses a comics weekly some of you have never heard of and most have never seen a copy of. It’s all about the discoveries, my friends.

I’ve been fascinated by British comics weeklies since before I was hired by Marvel Comics to work on New York City-produced weeklies such as The Mighty World of Marvel and Spider-Man Comics Weekly. Fittingly, the first British weekly I ever bought was an issue of Fantastic, which combined British strips with reprints of Marvel’s 1960s super-hero features. I got it from the legendary Jerry Bails, the father of comics fandom, at a Detroit Triple Fan Fare.

These days, I buy 2000 AD and Judge Dredd Megazine from a friendly neighborhood comics shop two states away from my Medina, Ohio home. I sometimes buy back issues of the reprint comics produced by Alan Class in the 1960s and 1970s. Class published material from Marvel, ACG, Tower, Charlton and other American outfits, albeit in black-and-white. The odd issue of Commando, which features original war stories, has also made its way into my Vast Accumulation of Stuff. 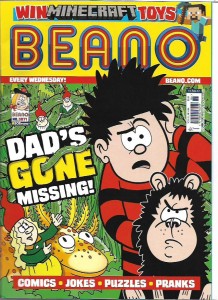 Allow me to digress a moment. When you’ve been in the comics biz as long as I have, you sometimes receive “found money.” This can be a reprint check for long-forgotten work. It can be a surprise find of a comics rarity that can be sold quickly. It can even be repayment of a loan to another comics professional made years or decades ago. In short, it’s money I wasn’t expecting.

When found money comes my way, half of it will go to worthy causes like the American Civil Liberties Union or Planned Parenthood. The other half is used to treat myself to something fun. Most recently, that “something fun” was a year’s subscription to the long-running The Beano, a British kids comics weekly that has been published by DC Thomson since July of 1938.

What sparked my interest in The Beano were columns by Lew Springer, a contributor to Beano, in his indispensable blog Blimey! wherein he writes about the British comics of the past, present and future. You can read Blimey! at: http://lewstringer.blogspot.com 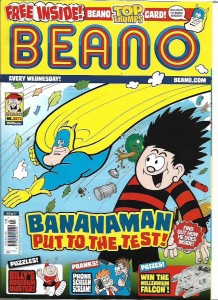 The stars of The Beano are kids. Mostly rotten kids. Some of them just short on impulse control. Some of them given to pranks. Some of them with a skewered sense of justice. And even one super-hero in the form of Bananaman, a youngster who gains super-powers when he eats a banana.

I’m only a few issues into my subscription, but most of the strips seem to be tied into “The Bash Street Kids” in one way or another. We have Dennis the Menace – no relation to the comparatively saint-like character created by Hank Ketcham – and his nasty dog Gnasher. We have Minnie the Minx, said to be tougher than all the boys. We have future con man Roger the Dodger. We have Tricky Dick, supreme prankster. While the behavior of these characters is often immoral, I must note that the adults who usually end up as their victims are no paragons of virtue either.

Each 36-page issue of The Beano is in full color and measures a bit over eleven-and-a-half by eight inches. It has comics stories than run from one to six pages long. It has half-page strips. It has a variety of games and puzzles and joke pages. It has contents, one of which allows a lucky kid to become the “Beano Boss” of an issue. I want to know what the age limit is on that one. 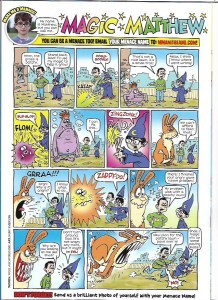 The back page of each issue is a “Make Me a Menace” strip in which readers e-mail their “menace name” and a photo to the magazine. In the most recent issues, we’ve seen Magic Matthew, Animated Aiden, Victor the Viking. I think Beano is due for a Tony the Tiger or a Terrible Tony. After all, at 65 years old, I can make the case that I’m in my third or fourth childhood.

Though I was warned the humor might be too British for my American tastes, I have had no problem getting into the fun of these comics and understanding the uniquely British slang and touches. I think there’s a reason England rates high on my list of countries in which I could see myself living. The other places on my top three list in that regard are Japan and Monster Island.

Are the comics and jokes a little archaic? Frankly, as long as they make me laugh, I don’t care. Examples:

What makes Mickey Mouse fall over?

What do boats look for on a date?

What do you get when you cross a snake with a builder?

Okay, maybe not comedy gold, but good inexpensive laughs even for age-challenged readers like myself.

My year-long subscription to The Beano cost me approximately $135 in U.S. funds, which comes out to around $2.50 per issue, including shipping. Which is a pretty good deal as I see it. If you’d like to check out The Beano – you can also subscribe to the digital version of the weekly – head over to the DC Thomson website: