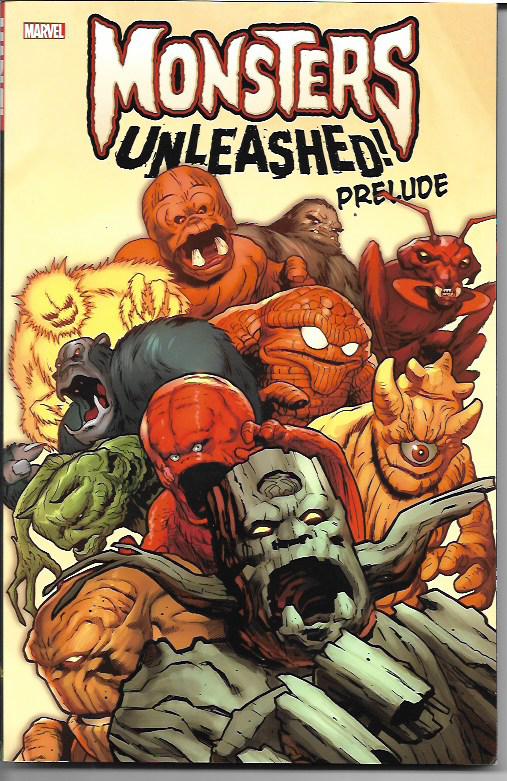 When it comes to my entertainment preferences, “comics” in all its myriad forms – comic books, comic strips, graphic novels, cartoons, movies, TV shows – are and will always be my first love. Just as my second entertainment love will always be monsters, especially giant monsters. So I may well burst with joy as Marvel Comics devotes one of its huge publishing events to its glorious monsters of the 1960s and beyond.

The giant monster stories of the 1960s often featured what I call “outsider heroes.” The scientists who are mocked for their “crazy” theories or slight builds or shyness. The novelist trying to relax with his family. The escaped criminal. Even the ones who fit the traditional heroic image had a realism to their characters that spoke to me. Some of these stories were man versus monsters. Some were morality plays. Some were man versus man with the monsters a bit harder to recognize. I loved them all and, on rereading them so many decades later, find them just as much fun as ever.

Comics history digression. There have been many alternative facts about how these stories were created. The real truth comes from my friend Larry Lieber:

Stan would come up with the basic idea, sometimes in sessions with Larry. Then Larry would write a full script for artist Jack Kirby. Jack, recognized as one of the greatest storytellers in comics, was likely allowed to adjust these scripts for more dramatic visuals. The nutty names were Stan’s, the scripts were Larry’s and, almost certainly, the creature designs were Jack’s.

These giant monster stories appeared in titles like Strange Tales, Tales to Astonish and Tales of Suspense. Many of the earliest ones were six or seven pages in length. Somewhere along the line, they were expanded to twelve or thirteen pages, which allowed Kirby to draw bigger panels and even full-page shots that looked like movie posters. At least they did to me.

The more recent stories in this collection don’t take me back to my youth, but they are fine efforts. They have me eagerly awaiting the full-blown invasion of these classic-to-me monsters into the Marvel Universe. And I’m squealing again. 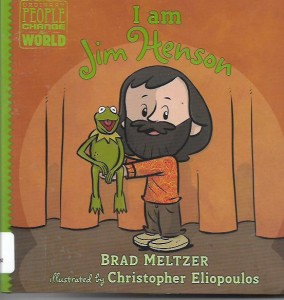 Brad Meltzer and Christopher Eliopoulos’ “Ordinary People Change the World” series of children’s books continues with the release of I am Jim Henson [Dial Books; $14.99] last month. Meltzer is better known as a political thriller and non-fiction writer, but has also written for comic books and created TV shows. Eliopoulos is widely regarded as one of the best cartoonists in comics. If I’m recalling correctly, this is the thirteenth book in the series.

Henson was a born performer and a master of imagination. With his Muppets, he made children and grown-ups alike delight in the world around them, embrace worlds beyond their own, laugh at the comedy of the real and unreal, and learn about themselves, about others, about math and science and so much more. Henson and his characters invited us to explore and feel and grow and love. His contribution to our society is and remains immense.

Meltzer and Eliopoulos use Henson’s life to inspire young readers. In these books, the subjects narrate their stories and are shown as children themselves. This method speaks to the children who enjoy these books and to adults who can embrace that sense of wonder of their youth. I love the series without reservation and recommend each and every one of the books in it.

Birthday hint: The books make great gifts for young children. With subjects including George Washington, Helen Keller, Lucille Ball, Albert Einstein, Rosa Parks and more, you’re sure to find one that will appeal to that birthday boy or girl in your life. 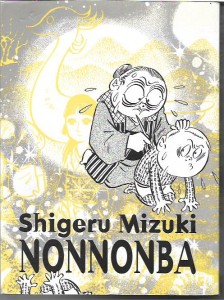 I’ve been reading a lot of Shigeru Mizuki manga of late. In recent months, I’ve praised his Kitaro comics and his four-volume Showa: A History of Japan. This week, I’m praising NonNonBa [Drawn and Quarterly; $26.95], which was first published in English in 2012. One of the wonderful things about our modern comics world is that brilliant works like this often remain available for years after their initial release, either though booksellers or through public and school libraries.

“NonNonBa” is a contraction for the Japanese words for grandmother and a person who serves Buddha. As seen in Mizuki’s Showa volumes, this woman was family, ally and spirit guide to the young mangaka to be. In this warm and fanciful memoir, autobiography mixed with ghost stories, the focus is on Mizuki and his relationship with his grandmother. She was his guide to the spirit world and his support when life dealt him hard blows. The artist loved her and, once you read this 432-page softcover, you will, too.

Choosing my “pick of the week” this time around wasn’t easy. There is my nostalgic love for the Marvel monsters of the 1960s. There is my continuing admiration for what Meltzer and Eliopoulos are doing with their “Ordinary People Change the World” series. It came down to the sheer artistry of Mizuki in sharing his life and his beloved grandmother with his readers.

NonNonBa is my pick of the week. It earns my highest recommendation and that extends to all of Mizuki’s work. He was truly one of the greatest comics artists of all time.