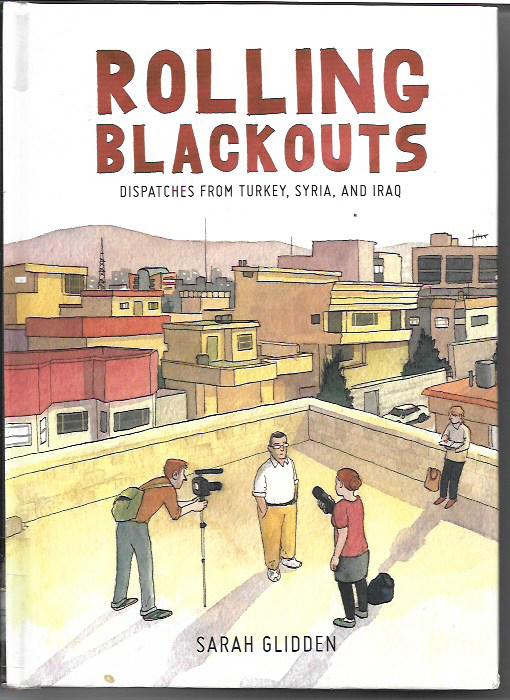 Graphic novels and history are a natural match. The comics page can bring important events to life with a clarity and conciseness that often eludes the day-to-day coverage in newspapers and on TV. The history is there, framed by a panel, and without the denial of bias found in most newspapers and from the talking heads of television. If bias there be, the graphic novel creators reveal it and so give readers information necessary to their appraisal of these graphic works. For example:

March, the graphic novel trilogy by U.S. Congressman John Lewis and Andrew Aydin with art by Nate Powell, is informed by Lewis’ years in the Civil Rights Movement. He thinks it’s a good thing and I’m of the mind that anyone who doesn’t think the Movement was and is a good thing has a hole in their souls. But that bias isn’t hidden, unlike the bias some politicians and pundits try to disguise with the most convoluted acrobatics in logic or outright denial of what they are on the record as saying.

March has won several well-deserved awards along the way. The most recent, last year, was when March: Book Three won the National Book Award for Young People’s Literature. It was the first graphic novel to ever receive a National Book Award.

History that’s still unfolding is the subject of Rolling Blackouts: Dispatches from Turkey, Syria and Iraq by Sarah Glidden [Drawn & Quarterly; $24.95]. In this 304-page hardcover, Glidden uses comics to document her weeks-long trip to the Middle East with journalist friends. In a neat little sidebar, Glidden was able to pay for this trip because of a successful Kickstarter campaign.

The independent journalists, accompanied by Glidden and a childhood friend who served in the Army in the Middle East, seek stories on the effects of the Iraq War on the region and, especially, on the tens of thousands of refugees created by the War. They visit areas that seem peaceful and prosperous. They visit places where people are afraid to talk to the reporters without getting “guidance” from government. They confront their own doubts while trying to decide what journalism is. The former soldier, who does not really regret his service in the area, keeps part of his experience and feelings closed off from the others.

There is no true ending to this graphic novel. The regions visited by the group are still in flux with more refugees arriving each and every day. Some stories are told and others, less “sexy” are not. Cartoonist and journalist alike are left with the question they ask themselves: Do the stories we tell bring new knowledge to those who read them? As one journalist frames it, “Our politicians and their polices are only as smart as we are.”

Rolling Blackouts is riveting. The Iraqi War has been with us for decades and will likely remain with us for decades longer. Glidden brings insight and personal experience to the region and those who live there. It’s one of those works that every serious student of comics should read and which should be available in every public, private and school library. 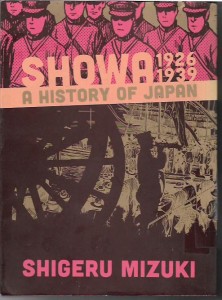 Showa 1926-1939: A History of Japan [Drawn & Quarterly; $24.95] is the first book in Shigeru Mizuki’s four-book series on his nation through 1989. Mizuki has been reviewed in this column before; I’ve praises his manga featuring Kitaro, a heroic monster boy who does battle with evil yokai. Indeed, it was my love of the Kitaro tales that led me to this book.

The 560-page softcover is imposing, but covers both Japan’s history and Mizuki’s life smoothly. The narrative can be appreciated even without the additional details provided by the notes in the back of the book. The reader gets a feel for Japan and this era in Japan’s history. As the publisher proclaims:

This volume deals with the period leading up to World War II, a time of high unemployment and other economic hardships caused by the Great Depression. Mizuki’s photo-realist style effortlessly brings to life the Japan of the 1920s and 1930s, depicting bustling city streets and abandoned graveyards with equal ease.

Beautiful art. Flowing storytelling. Historical figures juxtaposed with Mizuki and his family members. Heart, hardship, history, even humor. You’ll find them all in this graphic novel, first published in the United States in 2013.

I read this volume through my local library system, but I’m going to buy my own copy of this and the subsequent volumes. They’re that good and that important. 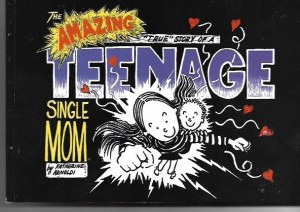 My pick of the week is a graphic autobiography I first reviewed in 1998. The Amazing True Story of a Teenage Single Mom by Katherine Arnoldi [Graymalkin Media; $12.99] has been reissued in paperback with the addition of more reproductive rights information.

Arnoldi had a dream: to go to college. Fueling that dream was the author’s courage, strength and stamina and, above all else, a deep and abiding love for her child and her determination to make their life better. Her story is at points horrifying and soul-crushing. But, ultimately, it is wondrously triumphant. It was included in my award-deserving book 1000 Comic Books You Must Read:

“Arnoldi’s courageous real-life story of her life as a poor teenage mom trying to build a future for herself and her daughter. I picked this as the best graphic novel of the year and have recommended it to friends ever since.”

The book was nominated for an Will Eisner Award and was listed as one of the top ten books of the year by Entertainment Weekly. My admiration for Arnoldi has grown. In this new edition of her book, she writes:

“I made this book to copy myself and take to GED (high school equivalency) programs. My purpose was to help single moms feel worthy to pursue their rights to an equal access to education and provide them with the information to do so, since young moms often miss out on high school guidance counseling.”

Also from the book:

“Katherine Arnoldi, PhD, was a Fulbright Fellow (2208-2009) and has been awarded two New York Foundation of the Arts awards (Fiction and Drawing), a Newhouse Award, The Henfield Transatlantic Fiction Award and the Dejur Award. A Pro-Choice advocate for equal rights to education for single moms, she lives in New York City and teaches at City University of New York.”

When she sent me the book, Arnoldi thanked me for my earlier review and for all I do for comics. I want to thank her for giving me yet another confirmation of the power of both the comics art form and the human spirit.