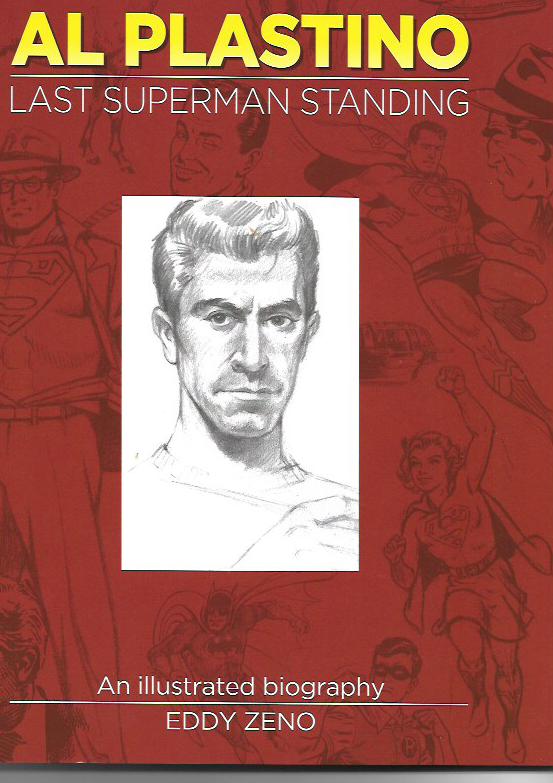 My pick of the week is Al Plastino: Last Superman Standing by Eddy Zeno [TwoMorrows; $17.95]. It’s an “illustrated biography” of the artist who, along with Wayne Boring and Curt Swan, defined the Man of Steel for readers of the 1950s and 1960s.

Something I hear frequently from comics fans, and I do not except myself here, is that they didn’t appreciate this or that artist as a kid. Plastino was one of those for me. Boring’s work on Superman was dark in its depictions of the mundane and hauntingly wondrous in its depictions of the character’s sci-fi elements. Swan drew a Superman that was our smiling friend and utterly graceful when he uses his powers. Plastino was the middle artist. Yet, when I look at Plastino’s work these days, I see an uncanny mastery of emotion and storytelling that equals the work of the other classic Superman artists of the era.

Zeno is a treasure among comics historians. He loves his subjects and, in the case of Plastino, counted him as a friend. Many of his conversations with the artist, conversations which form the heart and soul of this book, happened within a short time of Plastino’s 2015 death. There is a remarkable immediacy to this book, a sense for the reader that they have also gotten a chance to know the man behind the art.

Zeno covers Plastino’s life and career in fascinating detail that, despite said detail, made me yearn for more. More examples of the man’s art, more insights from the solid professional that Plastino was, more lessons on the craft and work ethic his subject brought to his comics and other work. Without hesitation, I will tell you the smartest lesson Plastino has to impart to all who follow him, is to have multiple clients. It’s a practice I have adopted in the past decade of my life and it has served me well.

From the formative years of the artist to his fight to see his art for “Superman’s Mission for President Kennedy” placed in its proper and intended home, Al Plastino: Last Superman Standing is clearly the definitive work on this great comics creator. All I could ask for beyond this is a collection of Plastino’s best Superman tales. It would be a fitting companion volume to Zeno’s award-deserving book and an equally deserved honor for Plastino. 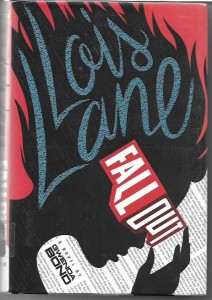 Lois Lane: Fallout by Gwenda Bond [Switch Press; $16.95 hardcover, $9.95 softcover] was published last May, but I just got around to reading it this May. The only downside to living in this, the true Golden Age of Comics, is that I’ll never have time to read and watch all the comics stuff I’d like to read and watch. Here’s this young adult novel’s back cover come-on:

From acclaimed author Gwenda Bond comes a contemporary reimagining of teenage Lois Lane. She’s an Army brat who’s moved more times than she can count with her father General Sam Lane. But now they’re in Metropolis for good, and Lois is determined to fly straight. Stay quiet. Fit it. Maybe make a friend. As soon as she walks into her new high school, though, she can see it won’t be that easy. A group known as the Warheads is making life miserable for another girl at school. They’re messing with her mind, somehow, via the high-tech immersive video game they all play. Not cool. Armed with her wit and her snazzy new job as a reporter, Lois has her sights set on solving this mystery. But even she needs help sometimes. Thank goodness for her maybe-more-than-a-friend, a guy she knows only his screen name: SmallvilleGuy.

Young adult readers will relate to the bullying, the loneliness and the people in positions who do nothing about either. As a parent, I can relate to all of that, though the biggest bullies with whom I had to deal during my own children’s time in school were abusive teachers and an unconcerned principal. What Lois and her new pals go through really hit home for me.

There are many great elements in this book. There’s an X-Files vibe that is just barely science fiction. There’s a great take on Perry White, editor of The Daily Planet. There are intriguing scenes with General Lane that make you wonder what kind of father and what kind of man he really is. Me, I don’t like him.

Also wonderful are the online interactions between young Lois and her unseen SmallvilleGuy. His name is   never mentioned, but readers will really get the sense of who this young man is and who he is destined to become.

Is there an Eisner Awards category for novels based on comic books? There should be. Because this book deserved to be nominated in that category.

Bond’s Lois Lane: Double Down [also $16.95] is the second book in this series and was published this month. I plan on ordering it as soon as I finish writing this column. 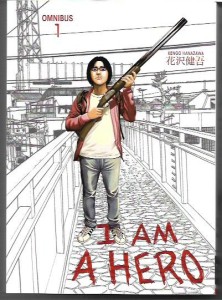 Zombie outbreaks are not usually my thing, but when the good people at Dark Horse Comics sent me I am a Hero Omnibus Volume 1 by Kendo Hanazawa [$19.95], I figured I’d read a chapter or three to see if it had something more than the typical zombie outbreak comic book or movie. It did.

The lead character of I am a Hero is an unsuccessful manga artist working as one of a small army of assistants to a very successful creator. Hideo Suzuki’s one series crashed and burned after a short run. Now he’s 35 years old with no self-esteem to speak of. “I am a hero” is the mantra he chants to himself. His job is exhausting. His life is one of unrealized dreams, unfulfilling relationships and unending frustration.

The build to the “zombie outbreak” is brilliantly quiet and slow. The horror lurks in the background: news stories and shadows in the streets. When it explodes into Suzuki’s life, the fearful action is swift and unrelenting. A “hero” woefully unequipped for survival is forced into a fight and a flight for survival. Fans of zombie tales will find the requisite gore and gotcha moments in this manga, but it’s the character of Suzuki that has me hooked and eager for the next volume in the series.