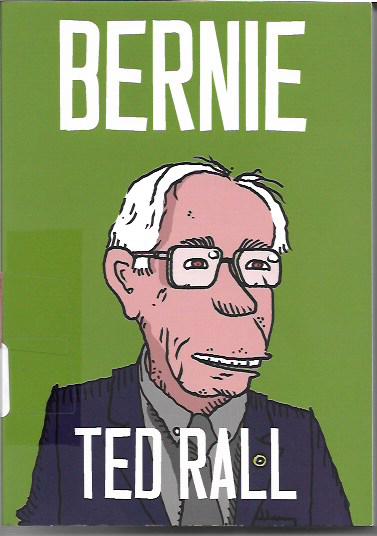 It is a sad and yet wondrous fact of comic-book life that there are just too many great comics, collections and graphic novels being published these days. Even if your comics-buying budget is large, you probably can’t afford to buy even half of the wondrous material available to you. Fortunately, for many of us, our public library fills the gap between the comics we want to read and the funds we have available to purchase them.

Naturally, I encourage you to patronize your friendly neighborhood comics shop and terrific online sellers like Tales of Wonder (and their sister site InStockTrades) . I was a frequent customer of Tales of Wonder even before I started doing this weekly column for them. I recommend their selection, service and pricing to one and all without reservation. However, when my comics-buying coffers come up short, as they usually do, it’s good to know I can feed my habit through my library and the 100-library consortium of which it is a part.

One of the many benefits of using my public library in this manner is that I don’t have to concern myself about the cost of the books. I can try graphic novels and other comics works that I might never have tried if I had to buy them. More often than my long-suffering comics-buying budget would like, I end up buying some of them for my home library.

There’s also a benefit to creators and publishers. The more these comics, collections and graphic novels are checked out, the more likely a library will buy more of them. The more comics a library has available, the more likely readers will check them out, enjoy them and perhaps make future purchases of their own. Why not take an hour and see what your local library has to offer?

Maybe “enjoy” isn’t exactly the right word for my experience with Bernie by Ted Rall [Seven Stories Press; [$16.95]. I’m a huge fan of Rall’s editorial cartoons and other works, but he can come off as so strident that I feel he’s more yelling at the reader than making his case. Such is the case with this book.

I’m an even bigger fan of Senator and presidential candidate Bernie Sanders than I am of Rall’s. I like the guy and the positions he’s been taking for many years. He’s not a perfect candidate, but I’m not expecting to see a perfect candidate for anything in my life. I’m supporting Sanders in the Ohio primary, though I expect Hilary Clinton will be the Democratic Party candidate. If she is, I will certainly vote for her in the general election. I get the feeling Rall doesn’t feel the same way.

While Rall does a terrific job portraying Sanders’ life and public service in this compact graphic biography, his negative comments on Clinton and President Barack Obama sometimes overshadow his praise for Sanders. Given that “Bernie” is such an admirable individual, I would have rather seen more of a focus on his positive qualities and less on the negatives of others. Admittedly, I don’t feel the same way about the Republican candidates. There’s a reason my kids respond to me political comments with “#liberalcrank”.

Bernie is a fine and timely comics work. I recommend it to fans of political comics and supports of Sanders. 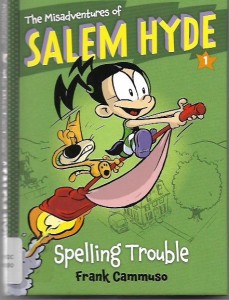 Cute little witches have been a mainstay of comics since the issue when Casper met Wendy. The Misadventures of Salem Hyde: Book One: Spelling Trouble by Frank Cammuso [Amulet Books; $14.95] introduces the new witch on the block. The 96-page book is aimed at readers 6-9, but this somewhat older reader enjoyed it as well.

Salem is cute, but she’s also impulsive and stubborn. She is paired with animal companion Percival J. Whamsford III, but resists his every attempt to guide her. The situation deteriorates when Salem’s attempt to win a spelling bee gets mixed up with the other kind of spelling. Magic and mayhem reign in this delightful tale of a young witch making hilarious mistakes.

I recommend this first book in the series for the young readers in your life, especially if they’ll share it with you. 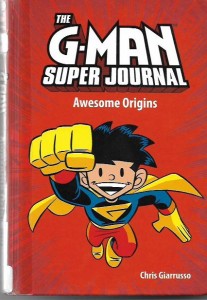 My pick of the week is The G-Man Super Journal: Awesome Origins by Chris Giarrusso [Andrews McMeel; $13.99]. A satisfying combination of comics panels and text, this series is set in a world where kids can legitimately aspire to be super-heroes because, in their world, super-heroes are real. So are super-villains.

Mikey G wants super-powers more than anything. Especially after a few of his classmates start exhibiting them. But his path will not be an easy one. He has to contend with the usual jerks found in a school. He has to deal with a mean teacher who hates super-heroes and who belittles Mikey’s ambition at every turn. Oh, yeah, and his parents are dead-set against him joining the Suntroopers, a sort of training organization for heroes.

Awesome Origins has genuine drama, lots of humor and a whole bunch of hero/villain action. It constructs a world where heroes are part of everyday reality and where celebrities can fly through the air. Its intended audience is readers seven to twelve years old, but I found it meaty enough for older readers. This book is worth seeking out. I’m looking forward to reading the other books in the series as well.

Before we part company until next week, I want to thank the Tales of Wonder folks for being so patient while I handled some personal matters. I’ll be back next week with more tips.

Warning: count(): Parameter must be an array or an object that implements Countable in /home/blogrcom/public_html/wp-includes/class-wp-comment-query.php on line 399