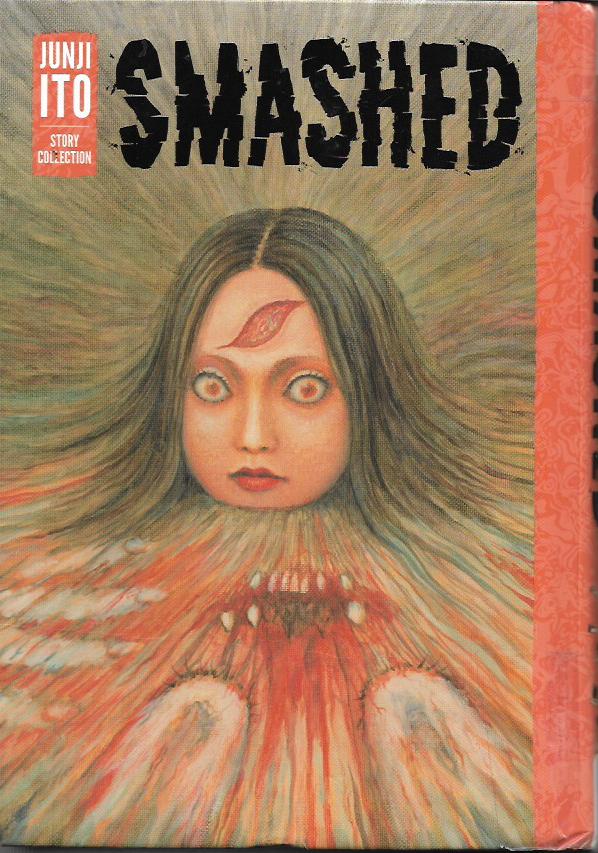 I don’t like the modern-day Joker. I don’t “get” the manic love for one of the most overused villains in all of comics. Clearly, I am missing something.

In his first comics appearances in the early 1940s, the Joker was a vicious killer. That contrasted wonderfully with his clown-like appearance. As Batman became a considerably commercial property for DC Comics, the Joker was toned down. He was still devilishly clever in his criminal machinations, but he was far less scary than he had been. Sure, he attempted the occasional murder, but it didn’t seem like it was really his thing anymore.

Enter Neal Adams, Denny O’Neil and Julius Schwartz, respectively, the artist, writer and editor of Batman stories that harkened back to Batman’s earliest adventures. In “The Joker’s Five-Way Revenge” [Batman #251; September 1973], the murderous Joker of comics long gone made his return. That remains my favorite modern-day take on him. If a 47-year-old tale can be called “modern-day.”

This is the Joker of today. The Joker I feel the Batman has a moral imperative to put down for keeps. Because, even if he catches the Joker and puts him back in Arkham for the 700th time, the Joker is always going to escape and commit more mass murders. The Joker of the current DC Universe is an exercise in gore with the writers and artists vying to top the last team’s bloody carnage. “Clever” isn’t even part of the Joker’s equation anymore.

Yet the Joker clearly appeals greatly to a large audience in comic books and movies. There is no shortage of comic books featuring the character. Indeed, I’m told there are now at least three different Jokers running around the DC Universe. Is he selling franchises to other demented psychopaths?

In the movies, Joaquin Phoenix has won Oscar’s Best Actor award for his portrayal of the character in 2019’s Joker. A dozen years ago, Heath Ledger won Oscar’s Supporting Actor award for 2008’s The Dark Knight. The Joker has appeared in countless other Batman animated features, cartoons, movies and TV shows. I mean, yes, I’m sure you could count them, but I’m not likely to.

I don’t like the Joker. I don’t understand the love for the villain in every medium imaginable. But I do recognize how popular he is. Maybe, someday, I’ll figure out why.

My first two reviews are of horror anthologies I learned about from free Halloween ComicFest 2019 comics. Junji Ito is a Japanese manga creator noted for his dozens of volumes of creepy comics that are, at the very least, unsettling as all get out, and, at their fearful heights, worthy of the H.P. Lovecraft stories which, among various Japanese writers, inspired Ito. The world of Ito’s works is cruel,  the plaything of forces that select their victims without regard to whether those victims are innocent.

Smashed: Junji Ito Story Collection [Viz Media; $22.99] collects a baker’s dozen of terrifying tales. An addictive nectar that dooms addicts to an inhuman fate. People who are frozen in place for no discernable reasons. Haunted houses that are the stage for a family drama of seemingly unstoppable horror. The art does nothing to ease the fearful nature of these stories; it accents and increases the
reader’s dread.

I need to read more Ito manga. Just not right away. Smashed is one of the scariest graphic collections I’ve read in years. If that’s something in your wheelhouse, then I heartily recommend this book. 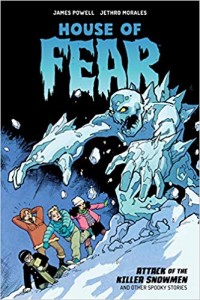 House of Fear: Attack of the Killer Snowmen and Other Stories by James Powell, Jethro Morales and several creative collaborators [Dark Horse Books; $12.99] is a delightful horror anthology aimed at readers 8-12 years old. Besides the snowmen, the creature roster includes the Tooth Fairy, a vengeful ghost and a swamp monster and leaf piles.

Though I’m somewhat older than the target audience, which is like saying Godzilla is somewhat taller than your neighborhood grocery store, I found these tales quite entertaining. They remind me a bit of the Goosebumps books my son Ed used to devour when he was just a tadpole…and much better than Marvel’s recent disastrous attempt to adapt the Goosebumps world to its comic books.

House of Fear would be a terrific gift for a youngster just getting into comics and monsters. Definitely worth checking out. 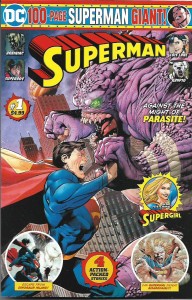 I like big comics and I cannot lie. My pick of the week is Superman Giant #1 (DC Comics; $4.99]. The issue’s 25-page all-new story is “Power Play” by writer Robert Venditti, penciler Paul Pelletier, inker Andrew Hennessy, colorist Adriano Lucas, letterer Clayton Cowles and editor Andrew Marino. What makes this story so special is not just that it’s a done-in-one tale which can be enjoyed sans any knowledge of the rest of the DC Comics universe. The adventure also speaks to how inspirational Superman can be in the right hands and how he has, indeed, inspired non-powered people. The world of this Superman is a much better world than we get in the mainstream DC comic books.

Filling out this 100-page issue are reprints of Supergirl, Action Comics and Superman stories from 2008, 2010 and 2016. All of them are entertaining.

Now that DC is distributing the formerly Walmart-exclusive titles to the direct market, the 100-page giants are easier to find than ever before. The selection is good, so take a look at them when you next visit your friendly neighborhood comics shop.