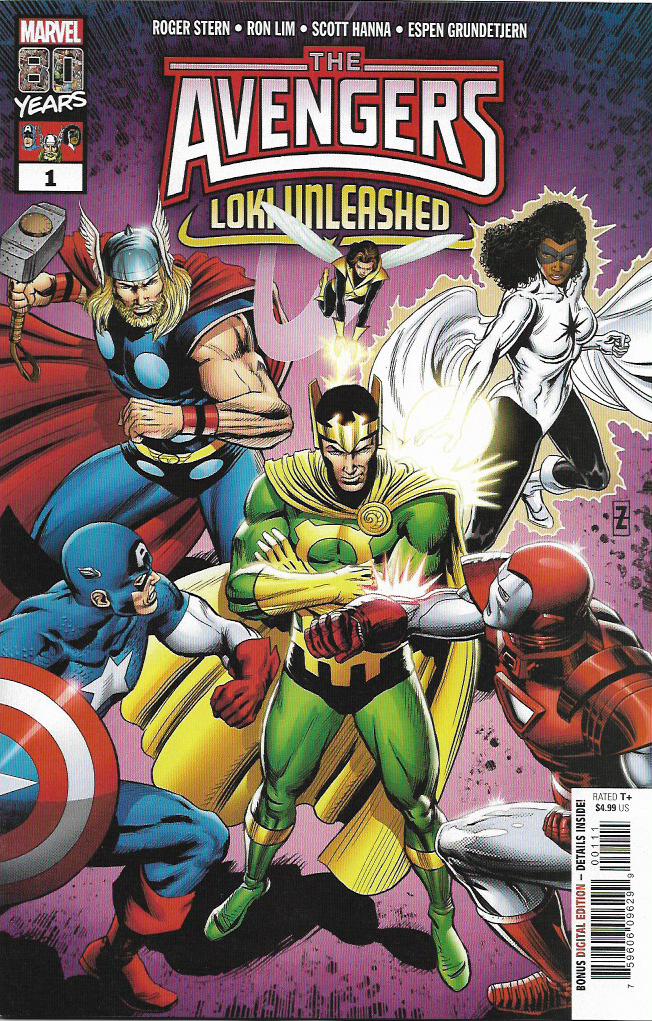 I’d like to say things changed in high school, but we had lockers in high school. Lockers into which a short comics fan could easily be shoved. Oddly enough, I had a side business selling comic books to students who didn’t want to be seen buying comics. Of course, if these transactions had been seen, the official response would have been along the lines of “Well, at least he’s selling drugs and not those evil comic books.”

My less-than-half-a-year in college introduced me to two important concepts: sex and also that I didn’t need to spend four more years in school to be a professional writer. Valuable lessons.

Today, comic books turn up in the strangest places. Hank Weisinger, the son of legendary Superman editor Mort Weisinger, has demanded the return of his father’s papers from the University of Wyoming’s American Heritage Center. This was in response to false statements made on Fox News by Wyoming Congresswoman Liz Cheney. Though these statements had nothing to do with Superman, Weisinger believes them to be antithetical to “Superman’s values of truth, justice and the American way. Said Weisinger:

“I cannot have my father’s papers at an university represented by a congresswoman who is the exact opposite.”

You know my political leanings. Even so, I would say the greatest need for truth and justice is in places where those values might not receive the respect they deserve. Weisinger has the inarguable right to do what he wishes with his father’s papers, but Cheney and others could learn some valuable lessons from the Man of Steel. We should put some classic comics into the Congressional Record. Do good and every one can be a Superman.

******************************
Marvel Comics is celebrating its 80 years of making comics with a number of just plain fun specials. Among them is Avengers: Loki Unleashed #1 ($4.99) by writer Roger Stern, artist Ron Lim, color artist Espen Grundetgern and letterer Joe Caramagna. If I were to name my favorite Avengers writers, Stern would rank very high among them, somewhat below Stan Lee and Roy Thomas but well ahead of most others. A new Avengers comic book written by Roger was not remotely a hard sell for me.

This 30-page story fits nicely into the continuity of Stern’s run on the title. Though there are an unfortunate number of editorial notes directing readers to old issues, the story is easy to follow without them. My own preference would have been an annotations page as we see in the current History of the Marvel Universe.

Is this story the stuff of awards? No. It’s an enjoyable tale that satisfies from start to finish. It’s a nice reminder that you could do an epic event and not immediately go to the next epic event. It is a refreshing story for both the heroes and the readers, but one that never fails to excite and thrill. It’s a good comic book and makes no apologies for not being as convoluted and grim as so many modern comic books.

I like many modern comic books. I also like treats like this one. Even as I weep that no one at Marvel thought to ask me to do an It! The Living Colossus or Tigra one-shot. Maybe they’ll call me for the 90th anniversary. 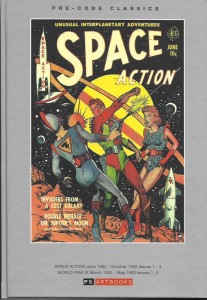 Space Action was a basic low-rent science fiction anthology. Every story has a pulp magazine style title and interchangeable heroes. Dull plots with overwritten captions and dialogue. Art that fails to excite.

We don’t know who wrote the stories, though Jerry Bails’ Who’s Who says pulp legend Walter B. Gibson was a contributor. I’m guessing he knocked out the Space Action text stories because I don’t want to think he wrote any of the lousy comics stories.

There are some decent artists in these three issues: Lou Cameron, Rocco Mastroserio and Mike Sekowsky. However, their work is almost as uninspired as the writing.

The good stuff comes in the second half of this collection. World War III was an insanely frantic comic book. The covers warned that these stories were about “the war that will never happen if America remains strong and alert.” The first issue’s cover shows Washington D.C. on the wrong end of an atomic bomb attack. The first story has this opening copy:

Let the reason for publishing this shocking account of World War III be completely clear. We want only to awaken America…and the world…to grim facts. The one way to prevent this mass destruction of humanity is to prepare NOW. Only a super-strong and fully enlightened America can stop this crushing horror of the future!

Written by Robert Turner, the title opens with the Russians bombing  an unprepared America. Carnage and death follow with the Americans desperately trying to defend against more attacks while preparing to strike back against the enemy. This isn’t your typical war comic book. It’s an anthology title with no recurring characters.

Artists Ken Rice, Lou Cameron, Jim McLaughlin and the unidentified artists of two stories in the second issue lean into the carnage in a big way. There are some truly shocking – but still more or less tasteful – images in these comic books. I wonder if the grimness of the first issue was the reason it was a year before the publisher released the second and final issue.

This volume is worth getting just for the World War III material. On that basis, I recommend it. 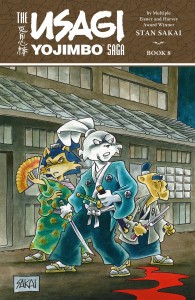 My pick of the week is The Usagi Yojimbo Saga Volume 8 by multiple Eisner and Harvey Award winner Stan Sakai [Dark Horse; $24.99]. If you’ve been reading my columns for any appreciable length of time, you know I consider Sakai our greatest living cartoonist and his samurai rabbit protagonist to be one of the greatest heroes in the history of comics.

This hefty softcover tome runs nearly six hundred pages, which is tremendous bang for your buck. Usagi faces murderers and monsters, ninjas and political schemers and even the elements. These stories are rich with the culture and history of Japan without ever letting
the background information get in the way of the exciting action. I study each of these books as they are published for the lessons in storytelling they impart.

In addition to the several hundred pages of stories, the book also has introductions by some of comicdom’s finest, historical texts, art galleries and more. The only bad thing about this and the other volumes in the series is that the next volume in the series hasn’t already been published and waiting for me.

Stan Sakai and Usagi Yojimbo are comics legends. I recommend them to anyone who loves comics.