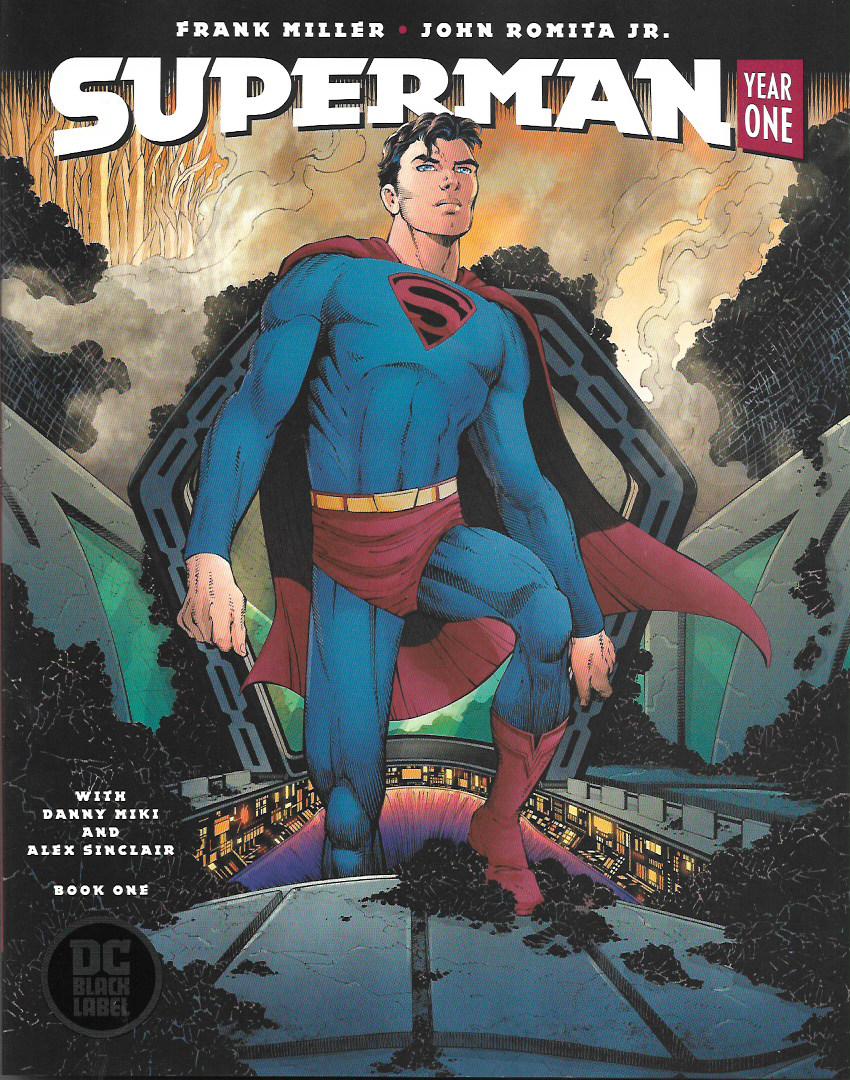 A friend recently asked me if I actually enjoyed any of the recent DC and Marvel super-hero books. Such questions are difficult for me to answer because I don’t read comic books in the same way I assume a majority of readers read them. I generally read them in batches of issues or in collections, but that isn’t the biggest difference between myself and those presumed most readers.

When I read super-hero titles, I read them as if each title was its own universe. Years ago, I recognized I can make neither heads nor tails of the convoluted continuities of the Big Two. Popular heroes generally appear in multiple titles at once. Company-wide epics are common and usually universe and even multiverse extinction events. Indeed, it often seems to me that every DC and Marvel series puts existence as we know it in grave peril. Everyone who lives in the DCU or the MU must suffer from perpetual traumatic stress disorder. How could they not, given reality as they know it is threatened in every DC or Marvel super-hero comic book?

Rather than attempt to make logical sense out of these storylines, I choose to believe that what happens in a title stays in a title. Tony Stark Iron Man offers an interesting take on equal rights for artificial intelligences. I’m not sure if it’s mentioned in other Marvel titles, but that doesn’t concern me. I’m enjoying what’s on display in this title.

When my friend asked me this question, I mentioned Tony Stark Iron Man and the recent Super Sons title by Peter Tomasi. I had read the latter in one of the DC/Walmart titles. My friend responded that he couldn’t stand Damien Wayne.

In Super Sons, I saw Damien as a young man striving to be a better person than he was when he was, you know, an assassin. I’m almost always a sucker for a redemption story plus I liked the friendship between Damien and Jon Kent. My friend said Damien was different in the Batman books and not in a good way.

That didn’t surprise me. Given the excesses of the various Batman books, I would not have been surprised to see Damien throwing his foes into a wood chipper. In those Batman books. Damien was fine in Super Sons, which is the only book that mattered to me at the time I was reading it. And thus I maintain a semblance of sanity while I read DC and Marvel super-hero comics.

Superman Year One #1 [DC Comics; $7.99] came up during the afore-mentioned conversation. With story and art by Frank Miller and John Romita Jr., it’s yet another retelling of Superman’s early years. This time around, it’s part of the “DC Black Label” imprint, which means it’s an oversized comic book intended to appeal to the mature readers. You know, like those who get the giggles when DC shows us Batman’s Batawang.

This premiere issue was okay. I was pleased Miller didn’t include the xenophobic bile that has marked some of his work. My friend was put off by the attempted rape of Lana Lang. It was an ugly scene, to be sure, but the preponderance of unreported rapes that we have since learned about makes that scene more about justice, albeit a somewhat brutal justice, than titillation. I was a bit disturbed by the physical injury Clark Kent visited upon the would-be rapists, but, since the young man was just learning about his powers and the extent of them, I decided that was acceptable. As I said, I found the story okay. Which ain’t bad when you take into account how very weary I have become of origin retellings. Much better than okay was the Romita art, inked by Danny Miki, the Alex Sinclair color art and the John Workman lettering.

Miller is far from a “sure thing” for me these days, but I enjoyed Superman Year One #1 enough to keeping reading the series. Maybe there is hope for a DC imprint named after a lousy beer, after all. 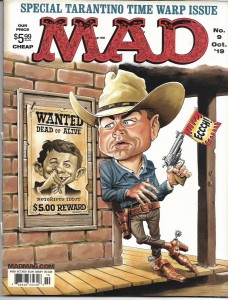 MAD died for me with the first issue not edited by Bill Morrison. The drop in quality when DC made one of its pound-foolish decisions to cut him from the payroll was immediate and obvious. A few more issues later, things haven’t improved.

MAD #9 [$5.99] is billed as a “Special Tarantino Time Warp Issue.” The first several pages are in black-and-white and designed to look like the MAD magazine of the 1960s. It has a spoof of a fictional TV western mentioned in Once Upon a Time in Hollywood as well as retro versions of “Spy Vs. Spy” and “The Lighter Side.” Then comes a return to color and a mixed bag of other features. A few made me laugh. Batman fans will enjoy Kerry Cullen’s one-page “Batman Funnies” and the longer “What If Batman Were Actually 80 Years Old” by writer Arie Kaplan and artist Pete Woods. The latter made me moderately nostalgic for those old DC Comics covers which showed their super-heroes as decrepit senior citizens. I got over that nostalgic feeling rather quickly.

Sidebar. Writing the above paragraph, I typed “The Lightning Side” by mistake. Now I’m trying to figure out what such a feature would look like. Making Black Lightning a comedian wouldn’t be the worst thing DC’s done to him lately.

MAD as we have known it will be going bye-bye. From what I’ve seen in the media, it will likely have new covers and interior reprints. There may be some occasional new material and maybe even some all-new specials. However, given how badly DC misjudged the brand value of MAD, I think it’s a decent bet to return to something similar to its old self. I just hope that happens sooner rather than later and that the magazine signs an editor as savvy as Morrison. 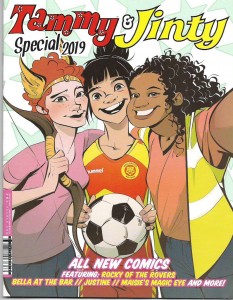 British comics weeklies have been an interest of mine since before I started my professional comics career as the editor of The Mighty World of Marvel, Spider-Man Comics Weekly and Avengers Comics Weekly. When funds permitted, I was an avid reader of 2000 AD, the still-going-strong weekly starring Judge Dredd.

Back in the day, girls weeklies were big in the United Kingdom. One of the most popular was Tammy. Whenever sales on other girls titles took a dive, they would be merge with Tammy. There have been a few – too few – collections of these comics in recent years.

Earlier this year, Rebellion published the Tammy & Jinty Special 2019 [roughly $5 in US dollars]. The 52-page, full-color magazine featured nine all-new stories. The least of them was entertaining. The best of them made me want more. If someone published a weekly comics magazine like this at an affordable price – because postage can be a killer – I’d subscribe today.

There are supernatural strips like “Justine: Messenger of Justice” and “In the Cold Dark.” There are sports-themed strips like “Rocky of the Rovers” (kid sister of Roy of the Rovers), “Speed Demons” and “Bella at the Bar.” The magazine is a mix of multiple genres. This was five bucks well spent.

The Tammy & Jinty Special 2019 has me wanting to work in a weekly format in the near future. While I figure out how to achieve that goal, I recommend this magazine and the other Rebellion magazines featuring girls comics old and new.