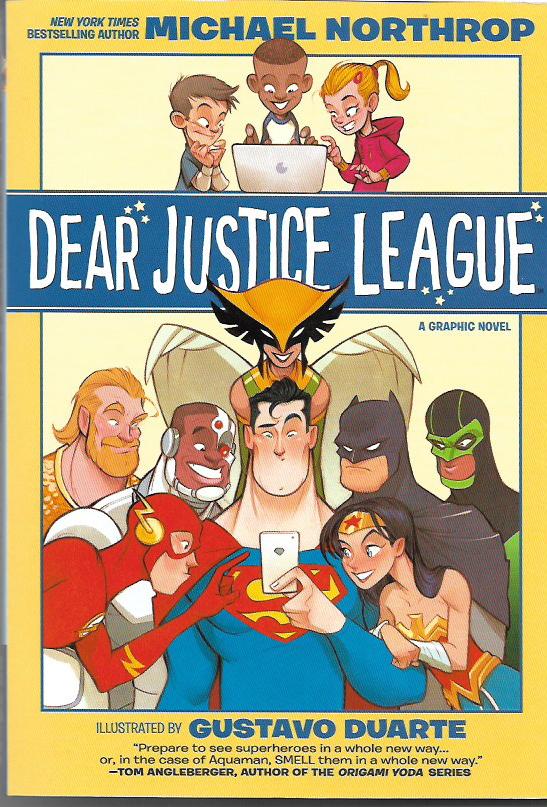 Summer 2019 is drawing to a close. Students have returned to their classrooms. The high school one block away from my house continues its tradition of hiring the shrillest marching band conductors that it can find and making sure they can be heard for miles. The local library has switched to its “winter” hours. Grocery stores are less crowded and pizza delivery times have improved.

Comics-wise, company-wide crossovers have diminished little. This now seems to be an eternal marketing strategy. Conventions continue to be held every weekend across the United States, but the smaller shows now have a chance to compete with larger ones. I enjoy both.
I’ll be doing a panel and a signing at the Flaming River Con, the Midwest’s first LGBTQ comics convention, on Saturday, September 21, at the downtown branch of the Cleveland Public Library. In October, I’ll be a guest at the three-day Fanboy Expo Comics Convention in Knoxville, Tennessee. The dates: Friday through Sunday, October 18-20 at the Knoxville Convention Center.

Right now, I’m preparing my last Vast Accumulation of Stuff garage sale of the year, writing a couple prose books showcasing my love of cheesy monster movies and starting a new gig that I can’t tell you about yet. I’m also taking naps with the windows open and the gentle breezes swirling around me. Odd as it may seems, I am both well-rested and incredibly productive.

I also read some exceptionally spiffy stuff last week. Let me tell you about it.

Dear Justice League by Michael Northrop with art by Gustavo Duarte [DC Zoom; $9.99] is part of the new DC Comics imprint for readers seven and up. Wrapped around a story involving invading Insectoids, each chapter has a member of the League answering a letter from one of their young fans. Does Superman ever make mistakes? Does Aquaman smell like fish? The charming and sometimes funny answers tie into the heroes’ past adventures. Northrop’s writing is first-rate and so is Duarte’s art.

A while back, I read a Free Comic Book Day offering that presented two chapters from this book. I was on the fence after reading that issue. However, now that I’ve read the entire book, I’m on the side of the fence that says “This was entertaining” and “This would make a terrific gift for a young reader.” This book also features excerpts from two forthcoming books: Dear Super-Villains by Northrop and Duarte, and Superman of Smallville by Art Baltazar and Franco. I plan to read both of those as soon as they become available. 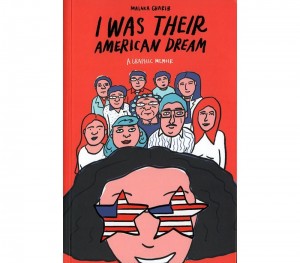 A secret to no one is that I’m a big fan and proponent of diversity in comics. We live in a big world filled with many different kinds of people. If we’re going to survive to join the United Federation of Planets, we need to know about one another and, hopefully, get along with one another. Comics from diverse creators can smooth our way in that regard.

Malaka Gharib’s graphic autobiography I Was Their American Dream: A Graphic Memoir [Clarkson Potter; $16.99] tells how the Egyptian-Filipino cartoonist grew up in three cultures: her father’s and her mother’s and our own American culture. It’s wondrous to see all of this through her words and drawings. The awkward moments she lives through are relatable because we’ve all lived through awkwardness in our own lives.

The Washington Post has named this one of the best graphic memoirs of 2019. It’s “a reminder of the thousands of immigrants who come to America in search for a better life for themselves and their children.” Again, it will come as no surprise to my readers that I believe such immigration is my country’s greatest strength and best chance to reach our Federation of Planets future. This is a funny and honest look at Gharib’s journey.

I recommend I Was Their American Dream: A Graphic Memoir for young teens and older. It should be in every public, middle school, high school and college library. Indeed, I’d love to see such places, as well as comic-book shops and traditional bookstores start putting together displays of such graphic novels. The only way to fight the hate born of ignorance is by sharing knowledge. 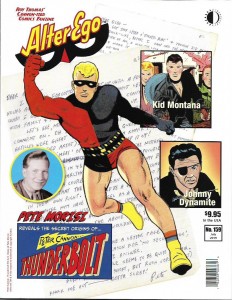 Alter Ego #159 [TwoMorrows; $9.95] is another outstanding issue of my favorite comics magazine. Editor Roy Thomas consistently brings us amazing comics history showcasing some of the finest writers and artists our art form and history has known.

In this issue, AE devotes over forty pages of material to the man known for years as “P.A.M.” in such classic comic books as Peter Cannon…Thunderbolt, Kid Montana and Johnny Dynamite. Because his comics work was created while moonlighting from his regular job as a policeman, Pete Morisi didn’t use his real name for most of his comics. But, early on, I became a huge fan of his work. He was a great storyteller, a fine writer and a artist whose images were deceptively simple. If I saw his work, even when money was tight in my teen years, I bought it.

In addition to the Morisi material, this issue of Alter Ego gives us Thomas’ first-hand account (with photos) of his day on the set of Daredevil. He played a prisoner, complete with orange jumpsuit. When I saw the photos, I e-mailed Roy: “We should have realized that working in comics would lead to such a thing.”