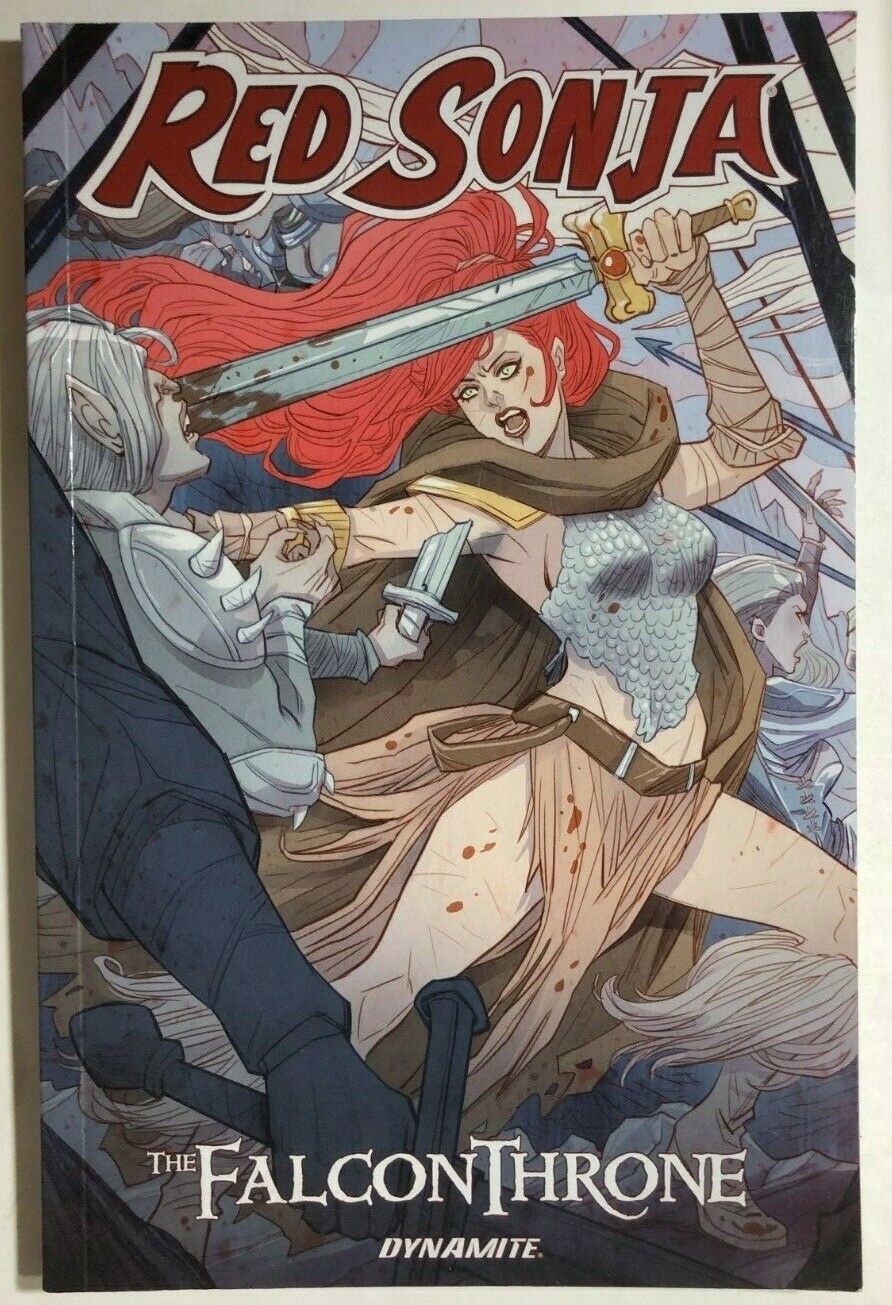 This summer has made me profoundly grateful that there are so many wonderful comics and graphic novels not published by DC or Marvel Comics. Oh, I still read and enjoy a whole bunch of spiffy titles from those companies, but summer is when they roll out their huge
“universe-changing” events and such comics by committee frequently annoy and bore me. I know these creators can tell terrific stories outside such events; I wish their publishers had faith that those terrific stories are ultimately more valuable than various crisis, wars and so forth.

Over at DC, they have so many major events going on that I have no idea if they are all taking place simultaneously. Doomsday Clock is running slow. There’s some other title about zombies or some such. This is, apparently, the year of the villain and it’s not even the one in the White House. And there’s the one I just read the first issue of: Event Leviathan.

If it seems like I’m picking on DC, it’s because I seem to stumble into reading more DC titles at present. Marvel has several of its own events going on, but I haven’t gotten around to reading any of those yet. I do plan on reading them, but I think I’ll do so when they are collected in trade paperbacks where, theoretically, I’ll be able to read a big enough chunk of story that the overall event will make sense.

My pick of the week is Red Sonja: The Falcon Throne by Marguerite Bennett with artists Aneke and Diego Galindo [Dynamite; $19.99]. Collecting Red Sonja Volume Three #1-6, the compilation finds Sonja dealing with the death of Hyrkania’s king, a good man who had done his best by his country. On his death bed, he regrets that he was unable to unite all the people of Hyrkania and offers his throne to Sonja. Alas, Sonja feels that, as queen, she would bring naught but doom to Hyrkania. What follows is unexpected.

A man with no discernable ability to lead becomes king. He unites the people at the cost of their freedoms and rules via fanaticism and xenophobia. Sounds familiar, right?

Bennett’s story is compelling as Red Sonja must become the hope of those demonized by the king, even as the new king is consumed with the thought of making her his queen. This is an exciting tale that connects with our own modern world and the mania that brings us to doom with each passing day. It’s a clever commentary on our times that never overpowers the action and suspense of Sonja’s sometimes desperate quest. The art is first-rate as is the coloring of Jorge Sutil and Morgan Hickman. Lettering is by Erica Schultz, a multi-talented writer and artist who will be teaching “story adaptation” and “writing and imaginative drawing” at the Kubert School.

Red Sonja: The Falcon Throne is rated “T+” for teens and up. I’ve been enjoying Dynamite’s various takes on this classic sword-and-sorcery heroine. This is one of their best. 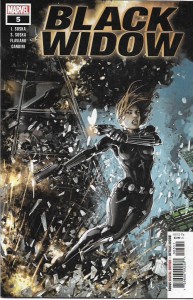 Another excellent comics collection is Black Widow: No Restraints Play by Jen and Sylvia Soska with art by Flaviano and color art by Veronica Gandini [Marvel; $15.99]. The Black Widow has been one of my favorite Marvel characters since before I wrote her in Daredevil and Champions. She’s adaptable to all manner of adventures from the super-heroic to the darkest of crime or espionage tales.

In this trade paperback reprinting of the five-issue Black Widow series published in 2018, Natasha is kind of sort of back from the dead, having been murdered by the Hydra version of Captain America. She’s a clone with implanted memories of her past, struggling with her demons and living in the shadows.

Some shadows are brighter than ever. Natasha is out to destroy No Restraints Play, a website streaming live torture to its depraved customers. She’s in Madripoor, closing in on the online torturers, working with local peacekeeper Tyger Tiger. But the revelation of deadly secrets and the presence of old enemies makes this mission even darker and more dangerous.

The Soska Sisters are film directors, producers and screen writers known for their violent, visceral movies. Thus, this is one of the bleakest Black Widow stories of them all. It’s not always an easy read – take the “T+” rating to heart – but it’s gripping and very satisfying. Recommended for fans of the darker sides of the super-hero genre. 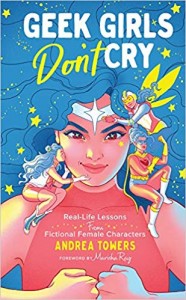 Since this seems to have become a “sisterhood is powerful” edition of Tips, let’s close with Geek Girls Don’t Cry: Real-Life Lessons From Fictional Female Characters by Andrea Towers [Sterling; $17.95]. Towers is a writer who has worked for both Entertainment Weekly and Marvel. In this non-fiction book, she discusses some of the most popular and strongest women characters in comic books, TV series and movies.

Towers zooms in on female protagonists ranging from Black Widow, FBI Agent Dana Scully and Hunger Games victor Katniss Everdeen to Wonder Woman, Storm and Cersei Lannister. She looks at their back stories, their strengths, their weaknesses and how they cope with those weaknesses. She shows the relevance of these fictional women to the real world, what we can learn from them and how we can then apply that knowledge to our own situations. She even rings him some actual psychologists to share their insights into these characters. It’s a fascinating study.

Normally, books like this would leave me cold. Too many “serious” books on comics and pop culture are little more than a collection of boring, convoluted term papers. However, Towers write about the matters at hand in a manner that’s inviting and still geeky enough for avid fans. I enjoyed Geek Girls Don’t Cry and recommend it to anyone looking to go beyond the typical conversations about these great women characters.