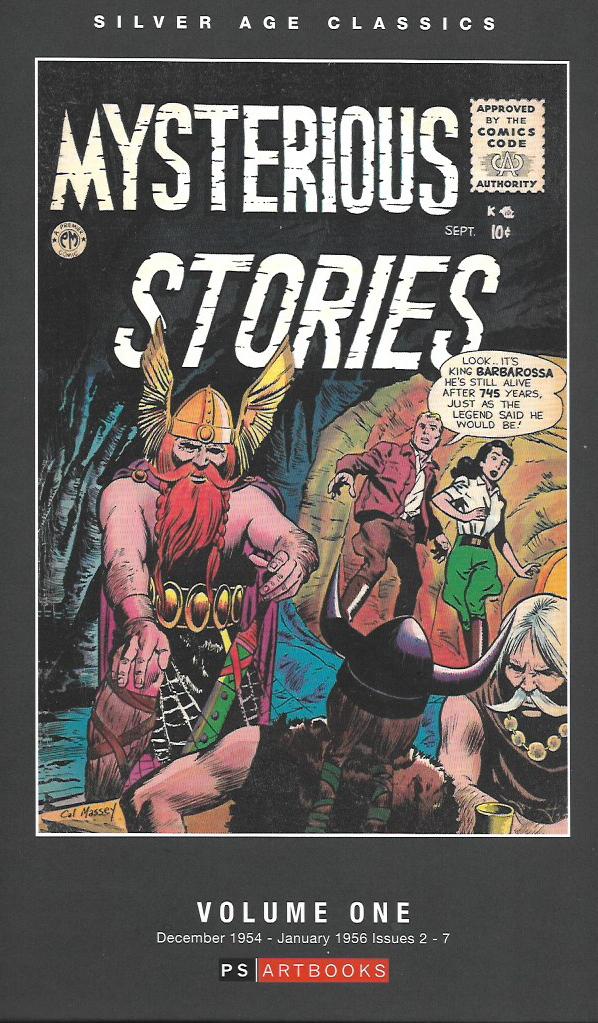 I remain in awe of the San Diego Comic-Con. I’m writing this week’s  column after returning from the 50th anniversary of the convention  and the requisite-at-my-age several days of recovery from that most stellar of events.

Comic-Con has its detractors but there is truly nothing like it in the United States. It has more comics and comics-related panels and personalities than any other comics convention in the country, but it boasts considerable programming featuring animation, movies, TV shows, gaming, collectible toys and more. One morning, my Saintly Wife Barb attended a panel presentation on creating cakes that was standing room only. Not to mention all the events held outside the convention center, which I’m mostly not mentioning because I never got the chance to see any of them on account of I was always busy with comics stuff inside the convention center.

I got to hang out with friends who either worked in comics or were avid comics readers or were cast members of Black Lightning. I got to meet new friends. I felt the Black Lightning love from fans and pros and convention center employees and even one of the convention shuttle drivers. I ate at great restaurants, scored great stuff in the exhibitors area and watched some excellent panels. I never for a moment felt like this was not America’s best comics convention. If you thought there wasn’t enough comics at Comic-Con, you weren’t looking very hard.

I came home exhausted and wondering if this was my last Comic-Con. I hope not. While I’m trying to figure out how to make it to next year’s most sensational of all comics events, let’s move on to this week’s reviews…

Regular “Tony’s Tips” readers know I am fascinated by PS Artbooks’ hardcover collections of 1950s horror comics. Though the material is often substandard, I love delving into the history of the books.

Mysterious Stories Volume One [$44.99] reprints issues #2-7 of the title, issues cover-dated December 1954 through January 1956. The original publisher was Premier Magazines, a short-lived company whose entire output amounted to 41 issues of six titles in as many genres. They had a funny animal title, a MAD imitation, a western title, a crime title, a romance title, and this “horror” title. At eleven issues, the romance title was the most successful.

Horror from the Tomb was Premier’s first horror book, hitting the newsstands in 1954, just before the start of the Comics Code. There was just the one issue. Premier’s comics were distributed by Kable News. After seeing the comic, Kable president George B. Davis axed the title. In that same year, Davis gave testimony in the Senate Subcommittee Hearings into Juvenile Delinquency.

Mysterious Stories took over the numbering with issue #2. The now Code-approved issues would have three six-page stories and a five-page horror-themed take on some classic fairy tale. Early on, some of the stories were introduced by the Keeper of the Graveyard, the Gravedigger and, for the fairy tales, Granny Gruesome. The art is by the usual 1950s comics workhorses with some pleasant surprises: Al Hollingsworth, George Woodbridge, Angelo Torres, Cal Massey and a gem of a job by Kurt Schaffenberger.

The stories are readable, but a few of them rise to a much higher level. “Fate Plays the Violin” is an insane tale of a violin that must have fresh strings made from living creatures to remain at its peak performance. “Dark Valley” is a haunting supernatural romance story drawn by Schaffenberger.  “A Dog’s Best Friend” is about the bond between a blind woman and her guide dog. “The Pipes of Pan” has a young girl befriended by the mythological creature.

Mysterious Stories has me eager to check out other Premier titles. I suspect you have to be into the 1950s horror comics to enjoy this book as much as I did. However, if you are into those comics, let me direct you to InStock Trades, which sponsors this weekly review column. They offer the volume at a 20% discount. 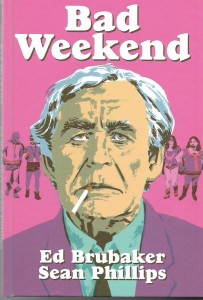 Bad Weekend by Ed Brubaker and Sean Phillips [Image; $16.99] is my pick of the week, despite it triggering all sorts of bad memories of creators being screwed over by industry publishers, editors and even fellow creators. In many ways, that is the overriding history of the comics business, even if conditions have gotten better over the decades. There is still a long way to go.

Brubaker and Phillips state, in a matter of fact way, that comics won’t just break your heart. Comics will kill you. That sentiment is the driving force in this hardcover collection of two issues of the team’s bestselling title Criminal.

Hal Crane is a reluctant guest at a comics convention, but his dark side, born of years of frustration, takes hold of him. He goes on a dangerous quest to recover something precious to him. Though his story is not without humor – I enjoyed trying to recognize actual comics creators in their Bad Weekend counterparts – this is not a happy story. What makes it my pick of the week is brilliant writing and art. Great work often comes from pain.

Bad Weekend is rated “M” for “Mature” and that’s a fair assessment. I recommend this graphic novel to older readers, especially those interested in the often unsavory history of comics.

I Married My Best Friend to Shut My Parents Up is a “Girls’ Love” – aka “Yuri” – manga by Kodama Naoko [Seven Seas Entertainment; $12.99]. The lengthy title pretty much explains what this manga is all about.

Morimoto is a young professional. Her parents constantly badger her to marry a man, have children and settle down. Enter Hana, her best friend from high school, who suggest the two of them marry to get Morimoto’s folks off her back. Though this was supposed to be a sham marriage, Hana has actual romantic feelings for her friend and strives to be a good wife for her. This marriage is more real than either of them expected.

There’s a lot of good in this manga, which appears to be a single volume. Naoko’s art is lovely and her writing conveys character and situations well. Because of Hana, Morimoto becomes more ambitious in her job and achieves successes. Because of Morimoto, Hana does well in her freelance career. It’s a supportive marriage, which is always nice to see in comics of any kind.

I have one problem with this manga. Hana’s physical advances toward Morimoto are a bit aggressive in a couple places. Nothing violent. More in the realm of invading personal space. This isn’t unusual in Japanese comics, but I’m more sensitive to such things than I was when I first started reading such romantic comedies.

Naoko’s I Married My Best Friend to Shut My Parents Up is suitable for older teens and adults. I liked it well enough to hope there’s more volumes coming.