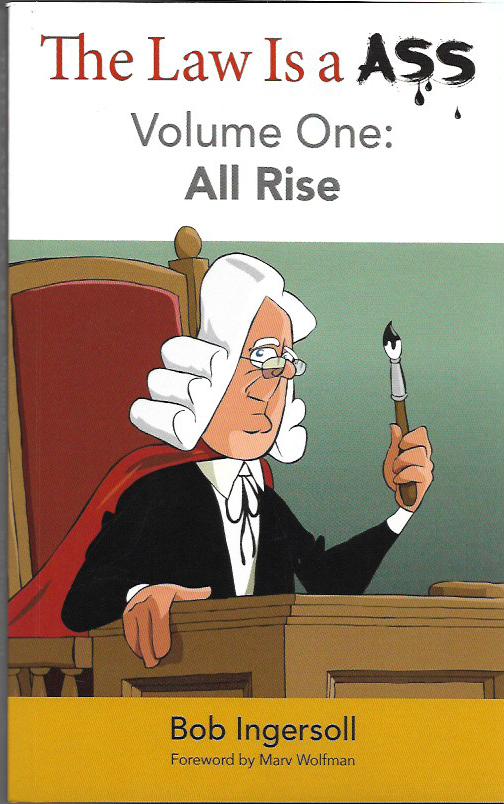 I’m writing this week’s column two days before I leave for the San Diego Comic-Con, the crown jewel of American comics conventions. On Friday, July 19, from 10 am to 11:30 in Room 8, I’ll be appearing on “That ’70s Panel” with Mike Friedrich, Trina Robbins, Arvell Jones, Louise Simonson, Walt Simonson and moderator Mark Evanier. In typical Comic-Con fashion, there are at least two other panels I would attend if I weren’t on this panel. If you think there isn’t enough comics at Comic-Com, you’re not looking very hard.

On Saturday, I’ll be in the audience for a “Black Lightning Special Presentation and Q&A” from 5-5:45 pm in Ballroom 20. I’m sure there are other fine panels going on at the same time, but, once I saw the announcement for this, I didn’t look further in the schedule. The Black Lightning TV series cast and crew are like family to me. I love them all madly.

Other than those two presentations and at least one signing at the Marvel Comics booth, I’ll be wandering around Comic-Con hanging out with old friends, making new friends, attending panels, talking a bit of business and such. If you catch me on the fly and I’m not heading somewhere specific, I’ll be happy to answer questions and chat with you for a spell.

The only way to reach me at Comic-Con will be via text message to my cell phone. I don’t bring a computer with me when I travel and, being an unfrozen caveman comic-book writer, I don’t know how to access my e-mail, Facebook or Twitter on my cell phone. If you have my cell phone number, you’ll be able to contact me. If you don’t, try to track down a friend of mine and have them text me your name and number.

My pick of the week is Bob Ingersoll’s The Law Is a Ass Volume One: All Rise [Pulp Hero Press; $14.95]. This is a collection of Bob’s first twenty columns of his long-running column for the grand old Comics Buyer’s Guide. In the interest of full disclosure, Bob is my bestie. In the interest of fuller disclosure, I was the guy who suggested he write an article on the law as it is seen in comics. In the interest of even fuller disclosure, when Bob ignored all my doubtless annoying attempts to push him into writing the article, I pitched the basic idea to editors Don and Maggie Thompson at CBG and then told Bob they were waiting on his writing those columns. Am I terrific friend or what? Decades later, Bob is still writing The Law Is a Ass for ComicMix, a fine entertainment website. And,  now, we have the first of hopefully many volumes reprinting Bob’s legal criticisms and explanations. Life is good.

Bob has a sometimes quirky and sometimes snarky style of writing. His puns are only barely legal. On the other hand, he is so solid on comics and the law that I consider this series of books to be required reading for current and aspiring comics writers. We deal with so much of the fantastic in our stories that we should get the real world stuff right and thus make those stories more believable for our readers.

Bob doesn’t just point out errors in these columns. He also gives examples of how to fix those errors. One of these reprinted pieces covers Superman and it’s nothing less than brilliant in explaining how Superman could make the world a better place working with us. If someone wrote these Superman stories, I would buy them.

The Law Is a Ass Volume One: All Rise is a fine book. I recommend it to comics fans and professional alike. 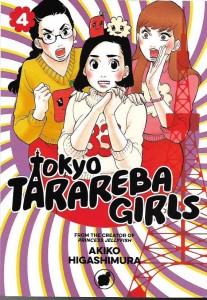 A while back, I reviewed Tokyo Tarareba Girls Volume One by Akiko Higashimura [Kodansha; $12.99], the creator of Princess Jellyfish. The girls are three women in their 30s who spend many evenings in each other’s company, drinking and complaining about their chances of finding a great husband. One of them is involved with a married man. Another is the side woman for an ex-boyfriend. However, it is screenwriter Rinko that has captured my interest.

In Tokyo Tarareba Girls Volume Three and Four [$12.99 each], Rinko is the focus. Her screenwriting career is going badly. She seems to have made an enemy of the popular young actor with whom she had a one-night stand. On the other hand, though he is an abrasive man, he actually does her some good turns.

In these two volumes, Rinko is still having trouble getting work. When she gets a job to fill in for a younger writer, her emotional flare-ups cause her to miss her deadlines. Her protégé, who has a spec script ready, gets the job. Her determination to focus on her writing, even if she must put thoughts of romance aside, works to her advantage when she is hired to write a project for a small town trying to draw attention to itself. She is treated with respect by the townspeople and her colleagues. She goes the distance and wins a small victory.

I can relate to Rinko in many ways. Even at her young (to me) age, she faces agism. She has to kill some of her darlings, the kinds of scenes that used to be her go-to scenes. She must regain her self-worth. I’ve been there more than once myself.

Tokyo Tarareba Girls has heart and humor. It has wonderful art and storytelling. If you’re searching for something different in your comics reading, this series could be what you’re looking for. It’s terrific and I recommend it. 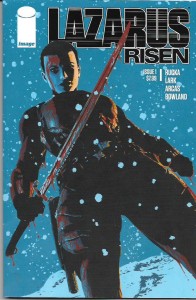 Last up is not exactly a review of Lazarus Risen #1 by Greg Rucka with Michael Lark [Image; #7.99]. The 68-page saddle-stitched issue is a pretty good jumping on point for the extremely dense saga that is Lazarus.

Lazarus is set in a future world where the world is not divided by countries, but by corporations. This world has a three-tiered caste system in which wealthy ruling families are at the top of the existence chain. The second level are “Serfs,” those who provide a service to the ruling families. All others are considered “Waste.” Each family has a champion. These champions are known as Lazarus.

I’ve been reading Lazarus sporadically, which isn’t a good way to read this complicated but intriguing comics series. After reading this issue, I decided I’ll read the Lazarus series from the start and give it the concentration it deserves. In the meantime, if you like thoughtful science fiction action, I’m certain you will enjoy Lazarus. Image rates it “M” for “Mature.”

I’m off to Comic-Con. Whether you’re attending the event or staying home, I wish you a fun week/weekend.