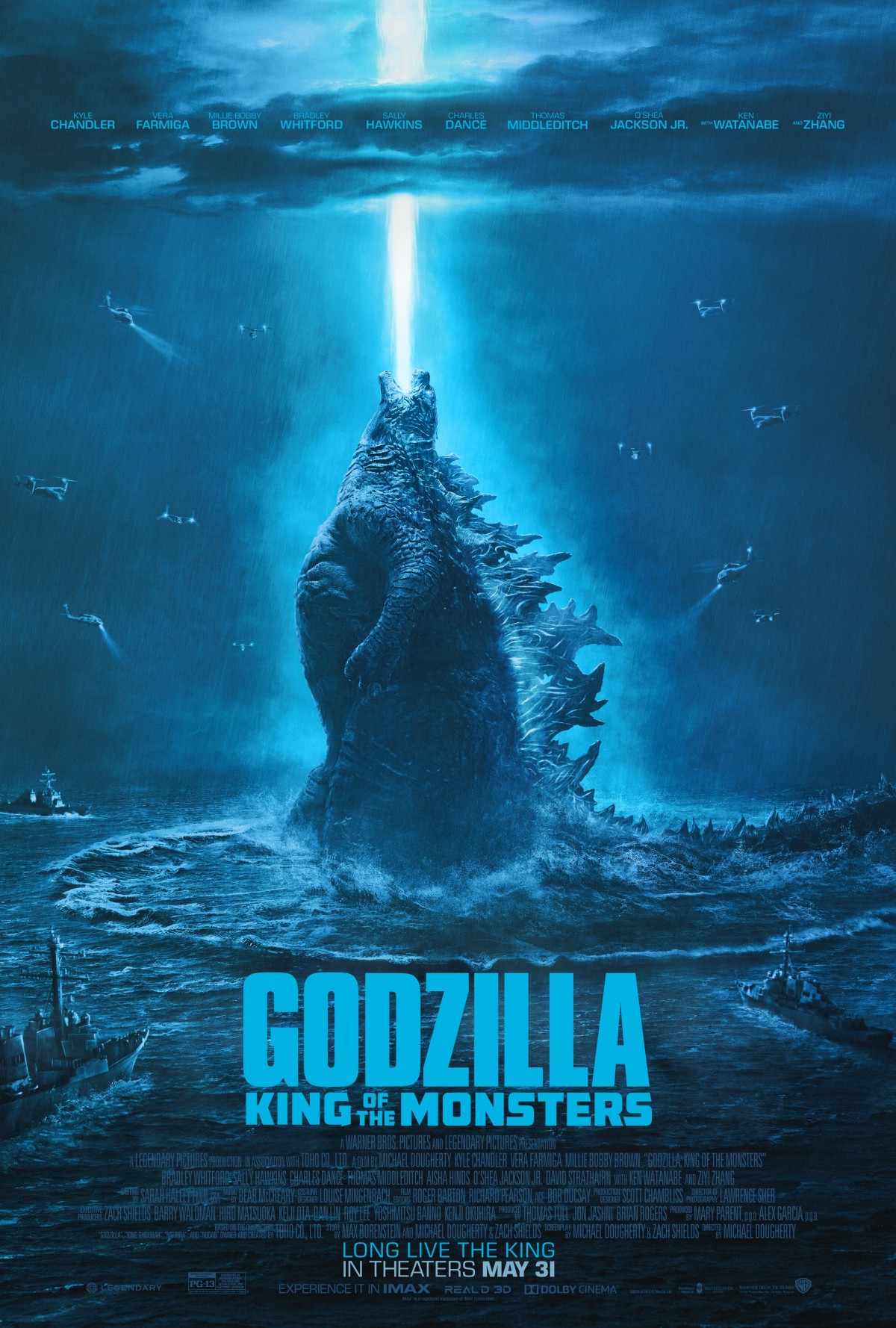 This week’s column will appear sometime between when I return from G-Fest in Chicago and when I leave for the San Diego Comic-Con. The former is the biggest and best convention devoted to Godzilla and all things kaiju. The latter is, well, what the latter is depends on who you ask. I think of Comic-Con as a huge and terrific comics convention bundled with a half-dozen other pop culture conventions. As my ancient and wise friend Mark Evanier has often said, whatever your interests, be it comics or other media, you can definitely find your convention within the sprawling wonder that is Comic-Con. I’m looking forward to returning to San Diego for the first time in six years.

In honor of G-Fest, I’m starting this week’s “Tony’s Tips” with my review of Godzilla: King of the Monsters. My son Ed and I watched  it the night it was released. He called it “the most expensive fan service movie ever made.” I’ll explain that reference a little bit further down in this review.

Keeping this as spoiler-free as possible, this movie features just about everything a Godzilla fan could ask for in a Godzilla flick. Godzilla is awesome throughout. There are equally awesome takes on Mothra, Rodan and, of course, Ghidorah. There are human stories in the midst of the monster battles and, for me, such stories are what separates the great Godzilla movies from the okay Godzilla movies.

Besides the monsters, we have two opposing forces deeply involved in this movie. We have the monster-hunting Monarch, which is kind of like Marvel’s S.H.I.E.L.D. with kaiju instead of Hydra and with more part-of-the-action scientists. Then we have bat-guano-insane “environmentalists” who look on humanity as just another oil spill to be cleaned up. Or stomped into the ground. Or flame-broiled by Ghidorah. Or, if a monster isn’t handy, shot to death by the army  following the chief mad tree hugger. I’m as much for repairing our damaged environment as anyone, but I’d like to do it in a way that doesn’t require humanity’s mass extinction.

Question: Who follows a villainous lunatic like Jonah Alan [played by Charles Dance]? Talk about self-loathing.

The acting is terrific throughout the film. Kyle Chandler is great as a scientist father trying to rescue his kidnapped daughter [the wondrous Millie Bobby Brown] and save us all. Vera Farmiga is less terrific as his estranged wife and enemy; her character acts sans any semblance of logic and with a callousness that, while not close to Alan’s evil, is still not the stuff that makes me want to root for her. Ken Watanabe, Ziyi Zhang, Bradley Whitford and some of the other good scientists are well played.

Of course, the big stars are the monsters. They look great in the film. They are sometimes shot darker than I would have liked, but they will make your eyes open wide with delight.

Then there’s the fan service my son mentioned. If you’re a Godzilla fan tried and true, you will see so many nods to previous Godzilla movies. We may not see Mothra’s “Little Beauties” in the film, but Ziya Zhang plays the duel role of twin sister scientists who are stationed at different Monarch bases. I really hope we get to see the ladies together in a subsequent film. Maybe they could sing a bit of karaoke for us.

Godzilla: King of the Monsters is my pick of the week. As soon as it’s available on Blu-ray, I’m buying it. 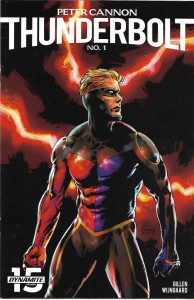 Pete Morisi’s original Peter Cannon Thunderbolt has always been a favorite of mine. The storytelling was direct, the art was elegant in its own way. Others have tried to carry on the character in one form or another. For Watchmen, Alan Moore and Dave Gibbons turned him into the arrogant Ozymandias. Now come writer Kieron Gillen and artist Casper Wungaard to have their own go at this quietly classic super-hero.

Peter Cannon Thunderbolt #1-5 [Dynamite; $3.99 per issue] comes off like an alternate universe version of Watchmen. Or maybe I should say alternate multiverse since the story involves an evil version of Peter Cannon trying to escape his reality by whatever murderous means necessary. “Our” Peter Cannon is the hero.

The Watchmen overtones were off-putting at first. I read Watchmen decades ago and a few times since then. But this mini-series was able to find its own voice by the midway point. It was exciting to see the good Peter pitted against his more powerful and decidedly evil parallel self. The ending was satisfying with a hint of more to come. I’m looking forward to what comes next.

One more quick comment. Tabu, ever-faithful aide to Peter Cannon, is gay and in love with his friend. Peter doesn’t reciprocate those feelings until the end of the series. I was reading Peter as being asexual, a type of character we rarely see in super-hero comics of any kind. The “I love you, too, Tabu” struck me as an unsuccessful  attempt to simplify the relationship. Because Gillen had done such a great job with the characterizations, I was disappointed that he took the easy way out at the end.

A hardcover collection of Peter Cannon: Thunderbolt [$29.99] will be published in September. I recommend it. 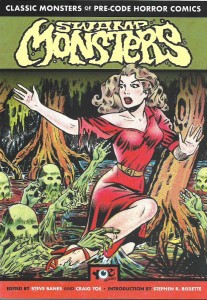 One more for the road, especially if that road goes through a murky swamp. Edited by Steve Barnes and Craig Yoe with an introduction by comics creator and historian Stephen R. Bissette, Swamp Monsters [IDW; $24.99] collects fourteen tales of marshland horror and some
equally unnerving covers from pre-Code horror comics.

Bissette’s introduction runs fifteen pages. It’s exhaustive, but I got the feeling Stephen could write an entire book about all those comic-book swamp creatures. If he does, I’ll buy it.

The stories are goofy and scary and often both. You’ll see a pair of women who turn into hungry gators. You’ll see science gone mad. And don’t even get me started on the butterfly story, which may be unique in the annals of swamp monsters.