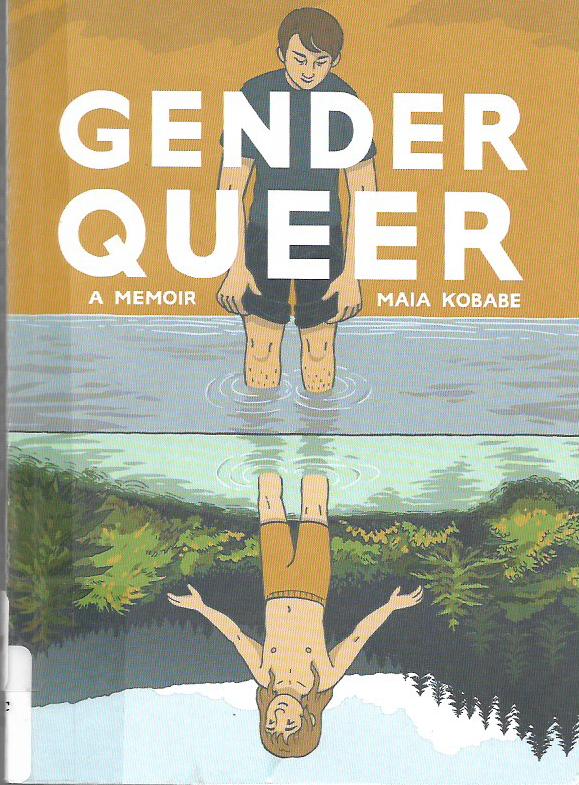 Here’s wishing my “Tony’s Tips” readers a summer filled with fun, adventure and relaxation. For me, the next few weeks are all about getting ready for my July conventions and holding garage sales to give myself some extra spending cash for those events.

Two days after I get home from G-Fest, I’ll be boarding a flight to San Diego for Comic-Con International (July 17-21). I’m attending because my wife and daughter want to return to the event at which they had such a good time in 2013. I’m not an invited guest of the convention. I have no actual business reason for being there. I’m not sure what I’m going to do with myself there.

I do expect to see old friends and maybe make some new ones. I will be doing a couple of panels with Mark Evanier, my friend of close to fifty years and one of the best human beings I know. I hope to speak with the publisher who bought the contract for my sadly out-of-print 1000 Comic Books You Must Read. Other than that, my dance card is open. If you’d like to get together with me, maybe discuss my working for or with you, maybe have me do a signing for a worthy charity or organization, don’t be shy about contacting me as soon as possible.

This being a review column and all…

My pick of the week is Gender Queer: A Memoir by Maia Kobabe [Lion Forge; $17.99]. This is an autobiographical graphic novel written and drawn by a creator who identifies as nonbinary and asexual and tells eir’s story with often painful honesty. Gender identity isn’t as simple as some would have it. There’s a scale and even that can be fluid. For creators like myself, creators who want their comics to be as inclusive as possible, works like Gender Queer can assist us in learning about those we wish to include. Gender Queer didn’t answer all my questions. Gender identity is a complicated study, even for we who identify as cisgender. But the more we know, the more we’re able to embrace the wondrous diversity of humanity.

A couple of notes:

The Library Journal recommends this graphic novel for grades nine and up. This is deep stuff, which I think requires some maturity to even begin to understand. And, of course, one of the questions of mine that wasn’t answered was how to deal with younger children who
might be confused about their gender identity.

Gender Queer should pick up some award nominations next year. It’ll almost certainly be a book the Comic Book Legal Defense Fund and like organizations will have to defend. But it’s worth defending. I recommend it for high school and older readers. 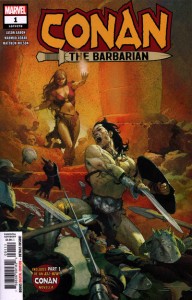 Robert E. Howard’s Conan the Barbarian is back at Marvel Comics and my most major and virtually only gripe about the new comics is that Howard’s name should be on the covers. He does receive the creator credit inside the comics.

Conan the Barbarian #1-6 [$4.99 for the first issues, $3.99 after that] are written by Jason Aaron with art by Mahmud Asrar, colors by Matthew Wilson and lettering by VC’s Travis Lanham. Mark Basso is the editor with Ralph Macchio listed as consulting editor. It’s good to see Macchio in Marvel credits again.

“The Life of Death of Conan” deals with a decades-spanning conflict between Conan and the Crimson Witch, a sorceress who seeks Conan’s blood to resurrect her death god. The more a warrior cheats death, the more his blood gains the power needed for this resurrection. As you know, Conan cheats death about twice a week.

This is a clever way to show the scope of Conan’s life. I like how the various times are tied together by the Crimson Witch. Aaron’s story fits in nicely with the Conan saga. Asrar’s art has the grit and gore which has always been part of the barbarian’s adventures. I enjoyed these comics and look forward to reading the conclusion of this tale. In addition to the comics, each issue also contains a chapter of an all-new Conan novella by John C. Hocking. I can’t review those because I’m waiting until I can read the entire prose story at one time.

These first issues will be collected in Conan the Barbarian Vol. 1: The Life and Death of Conan Book One [$19.99]. If you’re a fan of Conan, I know you’ll enjoy this trade paperback. 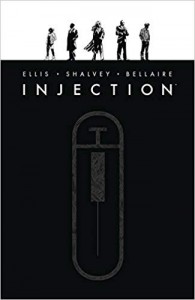 The mind of Warren Ellis awes me. I’m your basic Unfrozen Caveman Comic-Book Writer. My stories tend to be down-to-earth and set in a “real” world gone somewhat askew because of the inclusion of the super-heroes and the supernatural and whatnot. Ellis goes places I
will likely never go to and, no matter how fantastic they are, he makes them seem real.

In Injection, five insanely brilliant insane people fear that human progress in the 21st Century is stagnant. To kickstart progress, they create something born of magic and science. Then they split up and don’t realize what they made could flat-out destroy humanity. Time to get the band back together, not that its members are eager to do so.

Injection is downright scary science-fiction. Almost every one of the eighteen issues collected in this gorgeous hardcover book has an “ulp” moment that chilled me. Those moments are just as likely to come from one of the graphic novel’s human protagonists as from their creation.

Injection is a keeper. You’ll want to loan it out to your friends looking for something more intense (and on a personal level) than the latest overblown super-hero universe epic crossover. Incredible stories like Injection are among the reasons I believe this is the true Golden Age of Comics. Don’t let the price tag turn you away. InStock Trades, who sponsors “Tony’s Tips” here has the book at a generous discount. I have been a very satisfied customer of theirs since shortly after I discovered fire.