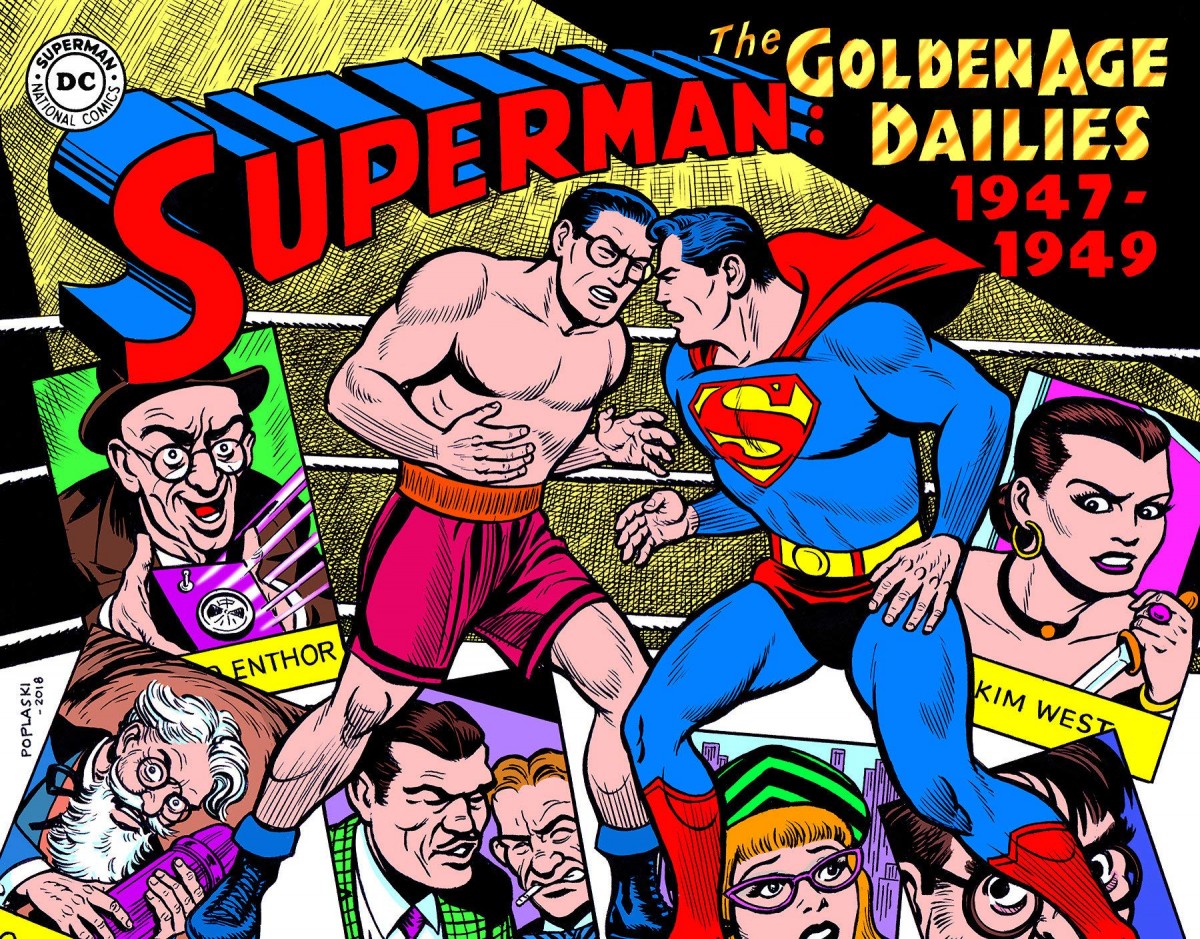 I was invited to give a talk on comics during a lunch gathering of the Twelve High Club at the Western Reserve Masonic Community in my hometown of Medina, Ohio. I was impressed by the size and beauty of this retirement community. Though my own retirement home will most likely be a secluded cabin where I will surely be eaten by bears or wolves or scientologists, I did try to picture what my life would be like in such a place, which still involved my eventual demise by bears or wolves or scientologists. I’m not well.

Given that everyone in the room had lived through a lot of history, I talked about comics history. The audience was interested when I told them comic books have almost always been socially progressive, that the industry was founded by Jewish businessmen barred from the more elegant levels of publishing. I talked about the diversity of talent that has always been at least part of comics and how today’s much greater diversity is making comics as good or better than at any time in the past.

I talked about my career and my travels during that career. When I solicited questions from the audience, I was asked about Stan Lee, the amount of research I do for my stories and how much of what I write is based on my own life. At the end, I got a nice certificate and round of applause. Not a bad way to spend a couple hours on a sunny afternoon.

Here are this week’s reviews…

My pick of the week is Superman: The Golden Age Newspaper Dailies: 1947-1949 [Library of American Comics; $49.99]. These stories were written by Alvin Schwartz, edited by Jack Schiff and drawn by Wayne Boring and, later, Win Mortimer. This handsome hardcover collection features the strips from April 28, 1947 through September 3, 1949. If you’re a reader used to the Superman of 2019, you will be amazed at how different the character and his newspaper strip adventures were seven decades ago.

Schwartz was writing for an audience much larger and older than the kids who read the Superman comics of that era. I knew him during his last years of life. We met at a Mid-Ohio-Con and bonded almost immediately. He was one of the most thoughtful of comics writers, which is why he could place Superman and his cast into situations of all kinds.

A millionaire – back then, a million bucks was real money – falls in love with the voice on the other hand of a wrong number. To earn a large donation for charity, Superman must figure out how to use his powers in a new and different ways. Schwartz was as inventive as any writer who ever worked in comics.

The perfect woman decides she must have Superman for her mate. A man gets the power to predict crimes, but ignores his visions when he falls for a beautiful gun moll. Clark Kent inherits one million dollars – real money, remember – and gets fired from his reporter job because Perry White doesn’t want to employ someone who doesn’t need the job. A Luthor-type mad scientist creates a weapon that can stop Superman in his tracks. The effects of the weapon linger into Superman’s next adventure. Superman works as a male escort – clean thoughts, chums – to help out a man trying to earn enough to start his own business. Adventures that were both outlandish and down to Earth. I love them a lot.

My favorite story of this book was the 1948 “Return of the Ogies.” These are invisible beings, normally confined to their island home,  who delight in following Superman everywhere. In this return, they become visible and, in doing so, shown to be two of the loveliest woman imaginable. Were I writing Superman, I’d find a way to bring the Ogies into the comic books. An occasional light adventure would be good for today’s teeth-clenching super-heroes.

Don’t let the high cover price deter you from adding this book to your collection. You can get a great deal on it from InStockTrades, the sponsors of this column. 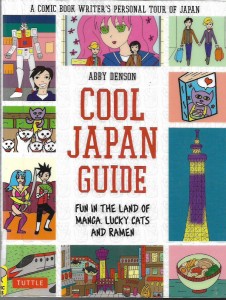 I’m always finding great comics and comics-related books through my local library system. Published in 2015, my most recent discovery was discovery was comics creator Abby Denson’s Cool Japan Guide: Fun in the Land of Manga, Lucky Cats and Ramen [Tuttle Publishing; $14.95] wherein Denson takes us on a personal tour of Japan. Given that visiting Japan is high on my bucket list of things I want to do before I kick the bucket, I started reading the book as soon as I brought it home from the library.

Japan is endlessly fascinating. Even with all the manga I read and all the kaiju movies I watch, I learned new things from this book.

It starts with pre-trip preparation tips. It moves on to what you should expect when you land in Japan, where you can get great food at reasonable prices, how to conduct yourself if you’re staying at a friend’s home and so much more.

Temples and shines were not high on my list of things I would like to see in Japan, but Denson convinced me they are places I must see on my dream trip. She reinforced my desire to visit the impressive manga and toy stores to be found in Japan. I was maybe four or five chapters into her book when I ordered a copy for my home library.

About the only things I want to experience in Japan that she didn’t write about were baseball and Godzilla. As long as I’m dreaming, I would love to be an invited guest at a Japanese comics convention. I recognize that would be a comics industry equivalent of carrying coals to Newcastle.

If you have any interest in visiting Japan, I think you will get a lot from this clever book. I recommend it highly. 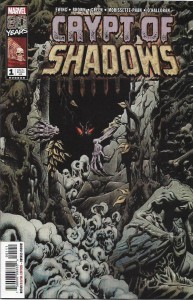 I love special events. Earlier this year, Marvel did a six-issue celebration of “80 Years of Marvel Greatness.” If I were a cynical person, I might describe the event as a way for Marvel to renew its trademarks on six long defunct titles. Either way, I bought every one of the six issues.

The original Crypt of Shadows was an all-reprint title that ran for 21 issues from January 1973 to November 1975. Crypt of Shadows #1 [January 2019; $3.95] is the first issue of the title to have new material. The writer is the prolific Al Ewing. The artists on the three connected stories are Garry Brown, Stephen Green and Djibril Morissette-Phan. It’s not an award-winner, but it’s a solid horror story. I enjoyed it.

The event’s other issues are: War is Hell, Journey into Unknown Worlds, Ziggy Pig/Silly Seal, Love Romances and Gunhawks. I bought the individual issues, but I’m guessing the six comics will get a trade paperback collection ere long.