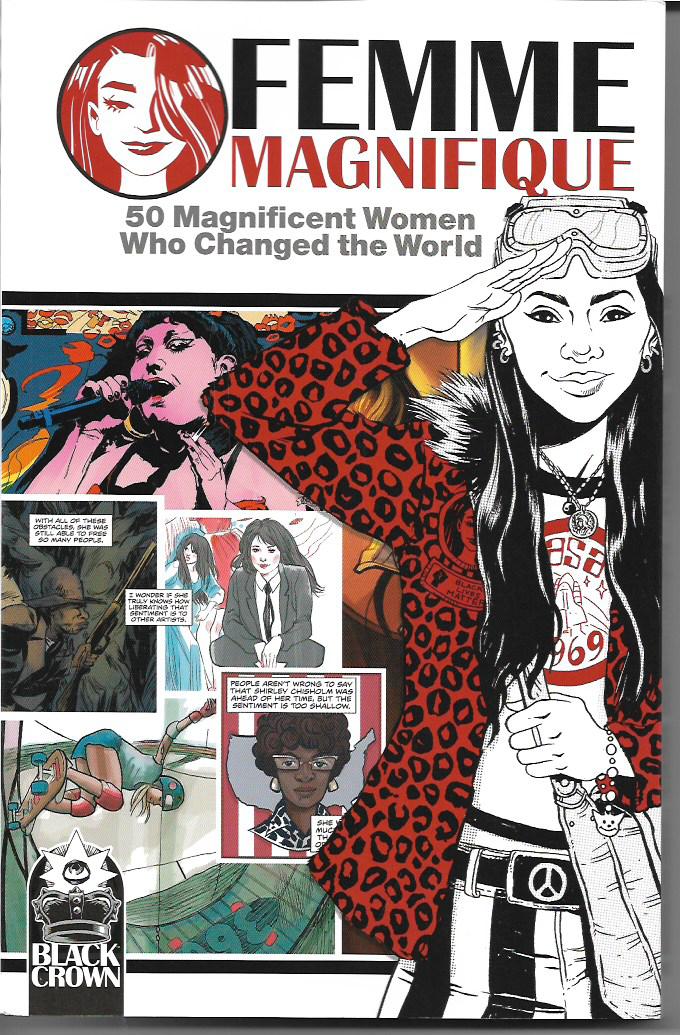 Convention season is upon us. However, your tipster is staying at home May and June to concentrate on various projects. I’m writing a book about Black Lightning and related subjects, which I hope to have available for purchase by the start of Black Lightning Season Three on the CW. Hint: there’s an excellent possibility you’ll see a familiar face during that season.

I’m also reducing my Vast Accumulation of Stuff with weekly garage sales at my home in Medina, Ohio. This is the year I want to put a major dent in all those too many boxes I have in my house and in a rented storage unit. My aim is to be able to get completely out of that storage unit by the end of the year. Follow me on Facebook or Twitter for dates and times.

July will see me at the Godzilla convention G-Fest in Chicago (July  12-14) and San Diego’s Comic-Con International (July 17-21). More on those events as we get closer to them.

Comic-Con means this year’s Will Eisner Awards will be announced. This week’s reviews feature a comics anthology whose stories span centuries, a moving autobiographical graphic novel and a legendary magazine, all of which have been nominated for that most coveted of honors.

Edited by Shelly Bond, Femme Magnifique: 50 Magnificent Women Who Changed The World [Black Crown; $29.99] is an comic-book anthology of game-changing women throughout history. It’s filled with concise pieces on women I already knew and admired (Nellie Bly, Margaret Sanger, Octavia Butler, Joan of Arc, Rumiko Takahashi and Harriet Tubman) and amazing women I was being introduced to for the first time. That latter group includes scientist Mary Anning, the pharaoh Hatshepsut, archaeologist Kristy Miller and others.

Each of the mini-bios was created by a different team of creators. It’s an all-star roster: Gail Simone, Marguerite Sauvage, Kelly Sue Deconnick, Elsa Charretier, Steven T. Seagle, Teddy Kristiansen, Dan Parent, Lucy Kinsley, Kieron Gillen, Annie Wu and too many others to name in this review.

This beautifully-made book is perfect for those times when you only have a few moments to read something. I enjoyed it over a number of days, reading two of three stories here and there.

This anthology is just plain inspirational and, as such, belongs in every home, public and school library. Want to encourage the young women in your lives? This would be a great gift. What to show the young men why our world is better with gender equality? This book will do that as well.

Femme Magnifique is my pick of the week. It’s been nominated in the category of “Best Anthology,’ earning my vote in a very tough field of nominees. 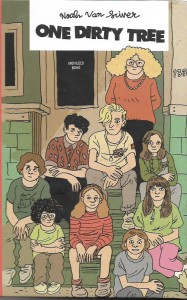 One Dirty Tree by Noah Van Sciver [Uncivilized Books; $19.95] has been nominated for an Eisner Award for “Best Reality-Based Work.” The title refers to the dilapidated house in which Van Sciver lived with his large and very poor Mormon family.

Van Sciver weaves his present-day life and relationships with often unsettling vignettes of his youth in the house his brothers named “One Dirty Tree.” It does not surprise me that those long-ago days impact his contemporary life. It does surprise me that he came out of his challenging background as a far more together adult than he gives himself credit for. This isn’t a story with a wildly joyous  ending, but it’s not a depressing ending either.

I have seen very little of Van Sciver’s work over the years. He’s a terrific storytelling and equally skilled at drawing his stories. I felt a connection to him, probably more due to his talent than my belief we all have a dirty tree in our pasts. This book inspires me to look for his earlier works.

One Dirty Tree is, as I see it, suitable for younger teens and up. I recommend it to public and school libraries. If your interest in  comics form is as widespread as mine, you may want a copy for your own home library. As with Femme Magnifique, I also voted for this book on my Eisner Awards ballot. 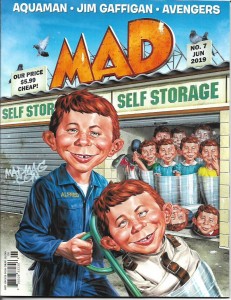 Edited by Bill Morrison, MAD magazine [E.C. Publications; $5.99 per issue) has been nominated for “Best Humor Publication.” I voted for it in a heartbeat.

Under Morrison, who has been sadly and quite frankly absurdly, been let go by parent company DC Entertainment, MAD has managed the very difficult trick of updating its contents while holding on to what was best in its previous incarnation. Issue #7 is the most recent issue I’ve read and it was delightful.

Desmond Devlin with artist Tom Richmond, delivered “Awkward, Man!”, a send-up of one of DC’s best movies. On the other end of the mag, there was “Mad Predicts Avenjerks: Is This Ever Gonna End-Game?” by Ian Boothby with artist Gideon Kendall. A perverse part of me hopes the surprise crossover ending is actually something in the future of the various universes owned by Disney.

Not everything in MAD clicks with me, but much of the contents do. Peter Kuper’s Spy vs. Spy. Teresa Burns Parkhurst’s “Let’s Have Fun with Your Staggering Debt!” Sergio Aragones. Potrzebie Comics with contributions by Kerry Callen and Luke McGarry. “The Lighter Side of Fear” by Tammy Golden and Jon Adams.

Even though I’m chopping magazine and newspaper subscriptions that no longer give me joy, I just renewed my MAD subscription. Because it makes me laugh and alleviates the worries of the day. Except for fretting about what the post-Morrison MAD will look like. DC should  stand outside Bill’s window with a boom box and begs him to return.