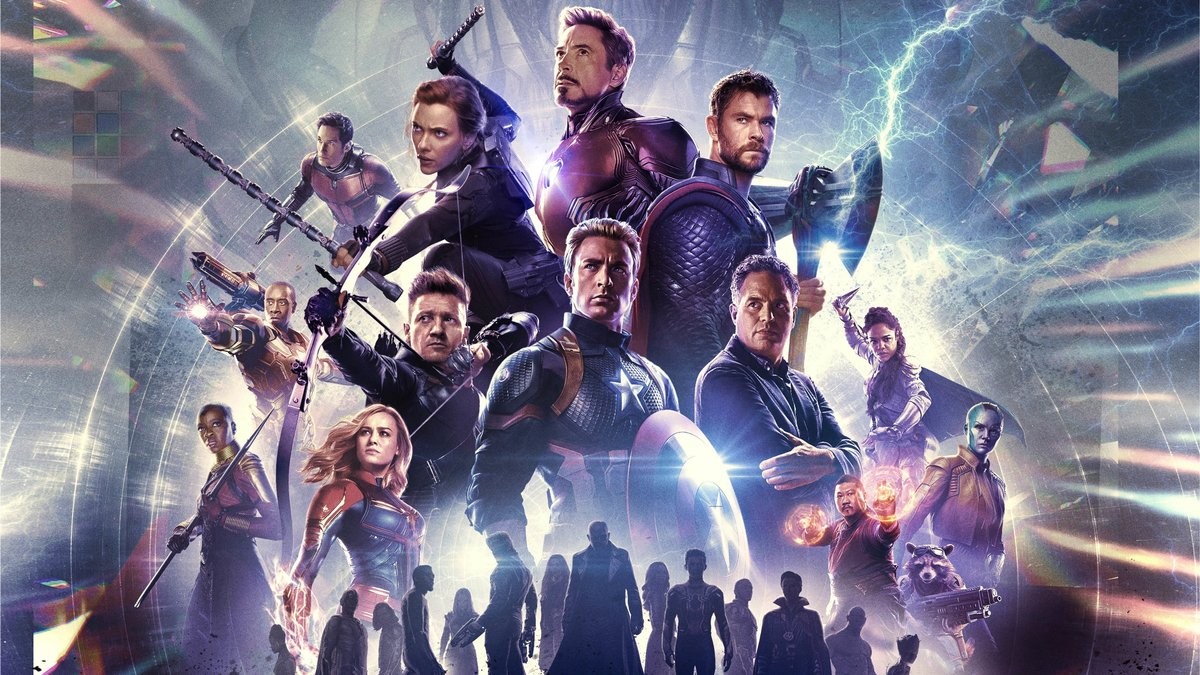 Part of me thinks I held off watching Avengers: Infinity War (2018) until days before I saw Avengers: Endgame (2019) because I knew it did not end on a happy note. That’s nobody’s fault but my own. If you don’t see a movie in the first two weeks of its release, you do not have the right to get all prickly when you learn details of the movie after that.

Avengers: Endgame. Ten years in the making, the film is the nigh-perfect celebration of the Marvel Universe in both comics and movies. An astonishing achievement.

That is far from my last word on the movie. Now, with the blessing of Endgame directors Anthony and Joe Russo who’ve stated the ban on spoilers is rescinded, I’m devoting this week’s column to that outstanding picture. Three hours of wonderment that never once felt padded and which kept me in my seat for the entire running time. I’m not sure I even blinked.

After watching Avengers: Infinity War, I thought I had figured out where this movie would go. I convinced myself that Doctor Strange had given his time stone some sort of delayed command to undo what Thanos did and give the returned heroes another chance to deal with said cosmic killer. Time travel did play a part in the movies but not as I anticipated.

The opening scenes of the movie took me by surprise. Captain Marvel rescues Tony Stark and Nebula from the ruined planet Titan. With the surviving members of the Avengers, they hunt down Thanos and cut off his Infinity Gauntlet hand. However, Thanos had destroyed the infinity stones to ensure no one could undo what he had done.

Thor cut off his Thanos’ head, paltry consolation for all they and the universe had lost. I was as shocked by Thanos’ death as I was the movie jumping ahead five years.

The five years forward scenes were emotional. Ant-Man returns after being trapped in the Quantum Realm for five years and is reunited with his now five-years-older daughter. Black Widow and the other Avengers are desperately trying to help people on Earth and across the stars. Captain America is heading up a support group; his heart isn’t truly in it. Thanos creator Jim Starlin is a member of that support group, which made my own heart soar.

Bruce Banner has found the way to co-exist with the Hulk. Hawkeye, crushed by the loss of his family, is slaughtering criminals around the world. Thor spends his days in a drinker stupor in New Asgard, crushed by all he lost and his failure to set things right. Tony Stark and Pepper Potts have a young daughter and have found peace in this new world. 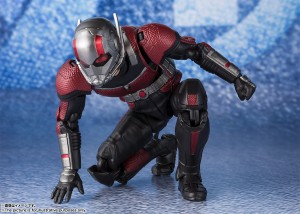 For Ant-Man, the five years was five hours. He realizes the Quantum Realm technology can be used to travel into the past and prevent Thanos from getting the stones. Tony refuses to participate until he figures how to make it work. Both he and Pepper realize he has to undertake this dangerous mission, even if it rips time asunder.

The time-travel sequences are exciting. The heroes retrieve all the stones, but not without suffering a terrible loss. Just as Thanos sacrificed Gamora to obtain the Soul Stone in the previous movie, the Black Widow sacrifices herself for the same prize.

The victory is not as complete. Nebula’s future self is compromised by her still-loyal-to-Thanos past self. This allows Thanos to get hold of the Quantum Realm technology and time-travel to the future with the overwhelming force of his armies.

In a heart-stopping sequence, Thanos attacks the Avengers in their compound. The heroes barely survive. While past Nebula tries to get the Infinity Gauntlet, the heroes face overwhelming odds. Until the first of the movie moments that made me cry.

Banner uses the Infinity Gauntlet to restore what Thanos snapped out of existence. He cannot fix everything. Those that died without being snapped are still dead. But, then there’s that great moment when, as the few surviving Avengers seemed certain to fall, portal after portal opens. All of the restored heroes join the fight. New heroes, such as Doctor Strange’s fellow mystics and a armor-wearing Pepper Potts, enter the fray. The choreography on this sequence is absolutely breath-taking. I’m not sure any Marvel or DC movie will ever be able to top it.

There are great moments within the epic battle and, fan service or not, it made me smile to see them. How could I not love the first Marvel Cinematic Universe appearance of A-Force, the gathering of so many Marvel heroines? 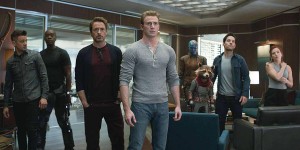 Once you hit the last hour of the movie, do not leave your seat. It would take a review ten times as long as this to list all the cool moments in that last hour.

The defeat of Thanos is one of the most satisfying moments in MCU history. He watches all his plans and power disintegrate before he, too, crumbles into dust. Even though using the Infinity Gauntlet fatally injures Tony Stark, I had to restrain myself from shouting out my pleasure at the soul-crushing defeat of the arrogant Titan. Then my mood shifted. Tony lingered for a bit, long enough for some final goodbyes, and passed. That was the second time I cried during the movie. There would be others.

I can’t possibly list all the spot on moments in this movie. Doctor Strange realizing his place with the other heroes. The “reunion” of Peter Quill and not-his-Gamora. The sisterly banter between Gamora and Nebula. Captain America wielding Mjolnir because he’s totally worthy. Giant-Man kicking ass. Steve Rogers finally having the life he always deserved. The passing of the shield to Sam Wilson. Wanda and Clint mourning the Vision and Natasha.

That funeral scene. So many great actors and characters together in one special place in time. I’m tearing up again even thinking about it. Magnificent filmmaking.

One last moment. Though there are no end-credits scenes presaging the next MCU triumph, there is the clanking of Tony Stark building his first Iron Man suit. Whether it be foreshadowing or tribute to the movie that started this journey, it was the right final touch to Avengers: Endgame.

What comes next? Certainly there are time paradoxes to explore in future movies. We might see a little bit of that in Spider-Man: Far from Home, which takes place after Endgame.

My own wish is that we not get another epic movie like Endgame for a good long time. There are many smaller stories to be told, many great characters who can be the focus of those stories.

Endgame is the end of an era. Let the new era begin.

I’ll be there for every one of those movies.