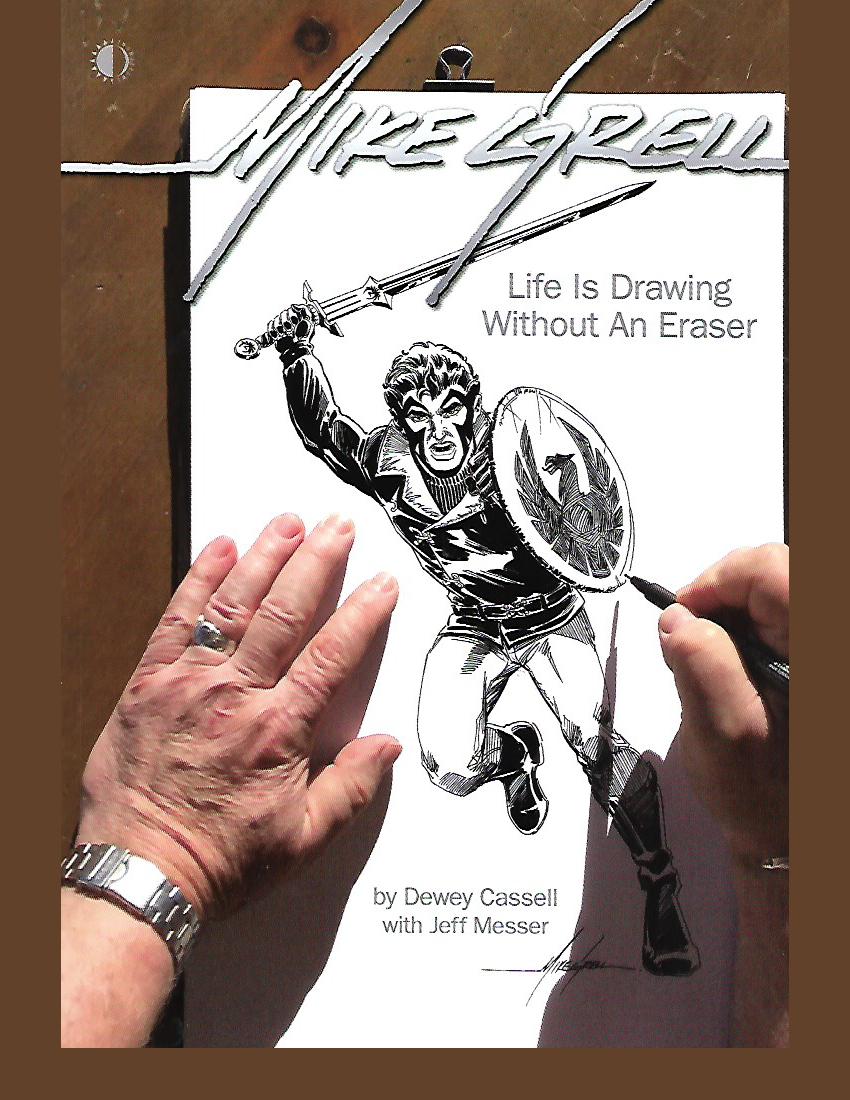 Welcome to the 300th installment of “Tony’s Tips!” at the Tales of Wonder website. At least I think it’s the 300th installment. I am not 100% confident that we haven’t slipped up on the numbering in the five plus years I’ve been writing columns for this venue. But, hey, in the name of having a reason to celebrate, I ask all of you to assume our count is correct.

This week’s pick of the week is Mike Grell: Life Is Drawing Without An Eraser by Dewey Cassell with Jeff Messner [TwoMorrows; $27.95]. It’s a tribute to my good friend Mike, who also happens to be one of my favorite comics creators. One of my reasons for naming him as such is because there’s no mistaking a Grell story for a story by anyone else. Whether he writes it, draws it or does both, Mike’s an  original. I value that more and more each passing year as too many publishers, editors and, sadly, even creators, adopt house styles in their writing and art.

Cassell and Messner’s beautifully produced tribute to Grell covers his career in extensive, entertaining detail. Whoever your favorite Grell character is, they claim you will find them in this 176-page softcover volume. They ain’t wrong. I’m not going to say the book includes characters I had forgotten about – How can you forget one of Mike’s characters? – but they include some fairly obscure ones here. Push comes to shove, my favorite Grell character is Jon Sable except on the days when it’s his version of Green Arrow.

Most of Grell’s career is told in his own words. There are several interviews with folks like Dan Jurgens, Denny O’Neil and Mike Gold. There’s an examination of the Mike Grell method of creating comics. There’s a checklist of his work. And there’s so much gorgeous Mike Grell art I found myself lingering on the images.

One of my genuine comics career regrets is that I never got to work with Mike and, as I say that, I’m picturing him drawing a new Tigra story by me. But I feel privileged that we’ve been friends for over four decades. He’s a great creator and a great man.

I recommend this book to aspiring comics artists and writers, and to comics history buffs. Grell has lessons for all of you. 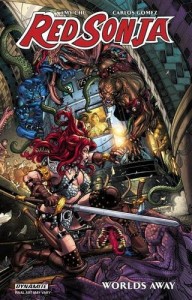 I’m kind of getting into Red Sonja for the first time in decades, this despite my strong belief that her iconic costume is one of the dumbest in comics history. You’ve heard all the jokes about chain mail irritation and the like, so I won’t repeat them.

If I were asked to write Red Sonja, you’d all hate me. I would find a reason to put her into the iconic costume from time to time, but I’d have her dressed more reasonably when it came to her doing the demons and monsters and wizards slaying. Fortunately, for those of you would surely hate me for this blasphemy, I don’t have to write Red Sonja because there are a lot of good Red Sonja comics already out there.

Red Sonja Worlds Away: Volume 1 by Amy Chu with artist Carlos Gomez  [Dynamite; $19.99] is one of them. After a tussle with Kulan Gath, Sonja finds herself transported to modern-day New York City. Before long, the city that never sleeps is having nightmares as the long-lived Gath kicks off his centuries-in-the-works plan to conquer the Big Apple and the world.

Red gets two allies, both of them police officers. That was a good way to hook me because you know I love cops and super-hero tales. (I’m not remotely strong enough to resist mentioning my own recent Black Lightning: Cold Dead Hands series.)

Max can speak Sonja’s language to some extent and that’s only one of the intriguing things about him. Partner Jay is a warrior woman in her own right. I bonded with these two almost as quickly as did Red Sonja.

Mystical peril in the modern world. Likeable heroes. Evil wizard. Cool monsters. What’s not to like?

I got the first volume from my local library. As often happens with graphic novel series, the system doesn’t have the second volume. I bought one because I like the first one enough to want to read the rest of them. Consider that my recommendation. 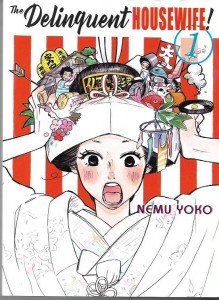 Manga comes in all lengths. Popular series can run into dozens of volumes. Other series run fewer volumes, often by design. At four volumes, Nemu Yoko’s The Delinquent Housewife [Vertical; $12.95 per volume) strikes me as a series that failed to find an audience and ended early. Here’s the premise:

Tohru Komukai sends his bride-to-be Komugi to live with his family until he returns from an overseas job. Komugi has secrets to hide. She doesn’t know how to do housework. She used to belong to an all-girls bosozoku (riding out of control) biker gang. There’s another secret not revealed until late in the series.

Dai, the younger brother of Tohru, learns some of Komugi’s secrets. He also develops a sexual interest in her that becomes more than a little creepy as the series progresses. The creepy elements weigh heavily on the more heartwarming and humorous aspects of the story.

That’s the bare bones of the series. After reading all four books, it took me a while to sort out my feelings about the manga. Which include not recommending it to you.

The Delinquent Housewife tries hard, but it never comes together. The art is very nice and there are some good scenes. It tries for a satisfying albeit truncated conclusion, but doesn’t really nail it. I did like it well enough that I’ll be on the lookout for some of Yoko’s other manga series.