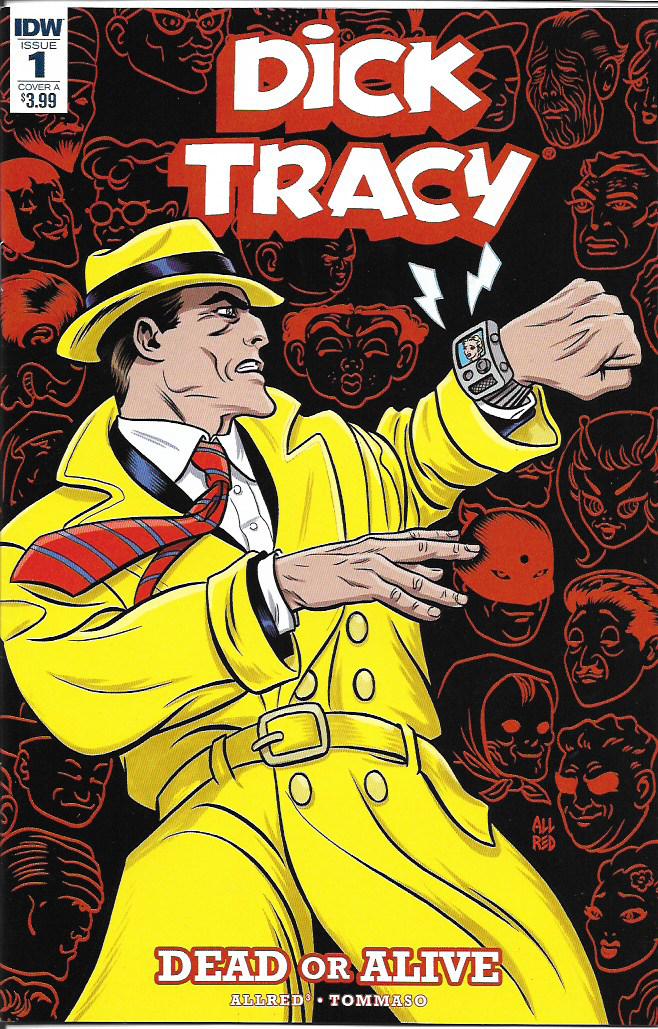 I’m about a week away from what some might call “spring cleaning” and I call “getting ready for summer’s Vast Accumulation of Stuff garage sales.” I have so much stuff I can’t call it a collection. If it were a real collection, I’d actually know what I own and add  to it without buying duplicates. My two-fold dream is to achieve collection status within the next three years and get rid of my two storage units by the end of this summer.

If you follow my bloggy thing or follow me on Facebook and Twitter, you’ll see announcements of my garage sales come May. We’ve had a lot of fun with these in previous years with fans getting all sorts of cool items at very low prices. We even held a “Garage Con” one time featuring a panel discussion between me, legendary comics writer Mike W. Barr and Crankshaft/Funky Winkerbean cartoonist Tom Batiuk. This year, I’m hoping to do similar convention-like things during my garage sales. I’ll keep you posted.

On to the reviews…

Dick Tracy: Dead or Alive [IDW; $15.99] collects the recent mini-series by Lee Allred (writer), Michael Allred (writer, inker), Laura Allred (colorist) and penciler Rich Tommaso, who I assume is their cousin or something. This is a fun family.

The four-issue series offered a wild take on classic Dick Tracy. I very much liked the detective’s modest re-imagining as a cop who is so good he keeps getting fired by officials who are afraid he will come after them with the same zeal with which he comes after more open criminals. So he gets bounced from city to city and, in this series, he’s fighting crime in “the city by the lake.” Though there are several cities who claim that description, I’m thinking Chicago is the setting here.

Dead or Alive is modern retro, if you will. It has the feel of the maniac Chester Gould newspaper strips of the past, but it also has a present-day sense of humor that made me chuckle. It has the crazy violence of the Gould strips, maybe even ramped up a notch. Classic heroes and villains are shown in different lights. It’s the Dick Tracy of a parallel universe.

Tommaso’s art exaggerates the Gould stylings. His storytelling is exciting and fun. The writing and coloring are also as sharp as a knife throughout the four issues. I’m glad I read them all in one sitting because I couldn’t turn the pages fast enough.

Dick Tracy: Dead or Alive will be published in April. Only the most rigid of Tracy fans won’t love it. It’s my pick of the week. 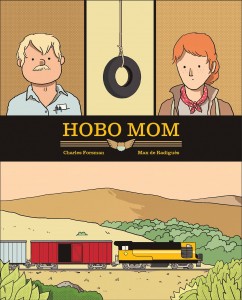 Hobo Mom by Charles Forsman and Max de Radiguès [Fantagraphics; $14.99] teams two internationally-renowned cartoonists to tell the story of a family split by the title character. Natasha abandoned her husband and daughter to ride the rails. Tom is raising their pre-teen daughter Sissy. The young girl wants a mother. Tom still loves his wife. Natasha has returned because he wants to meet her daughter, be with her husband and try to make their family whole. Both Natasha and Tom struggle to make it work.

The two-color art of this graphic novelette is enticing. It’s deep and simultaneously simple. Which describes the story it tells and the emotional states of its characters. Though the book’s 64 pages doesn’t seem like a great deal of content, I think it’s the right length for the story and it’s a story I kept thinking about after I read it. I like that.

Hobo Mom isn’t a classic and, good as it is, I don’t see it picking up many award nominations. It’s definitely worth reading because of its quality and because it represents how many different kinds of stories the comics art form can tell. 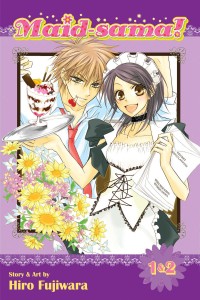 I’m continuing to explore manga series available through my local library system. My most recent “discovery” was Maid-sama! 2-in-1 Edition Vol. 1 by Hiro Fujiwara [VIZ Media LLC; $14.99]. The book collects the first two volumes of the series.

Misaki Ayuzawa attends a high school that had been all-male and is still predominantly male. Through sheer force of effort and will, she becomes class president and is determined to raise the slovenly standards of the male majority. She seems to hate men, but that’s only one of the amusing elements in play.

Misaki does not come from wealth. Indeed, with her father gone, she works to help support her family. None of her classmates know what her after-school job is: she’s a maid in a maid café. Her secret is safe…until school heartthrob Takumi Usui walks into the café and recognizes her. Thus begins the maybe romance.

Misaki is kind of unpleasant, but she really does care about making her high school, lowly though some consider it, the best it can be. Takumi teases her, but he always had her back when she needs him. Even when she doesn’t realize she needs him.

I wasn’t sure what I thought of this volume while I was reading it. However, once I finished and reflected on it, I decided I was into it enough to try the next volume. We’ll see if it continued to hold my interest and entertain me.

Maid-sama has been around for quite a while. There are nine two-in-one volumes currently available. If you like manga and like trying different kinds of manga, you might enjoy this one.