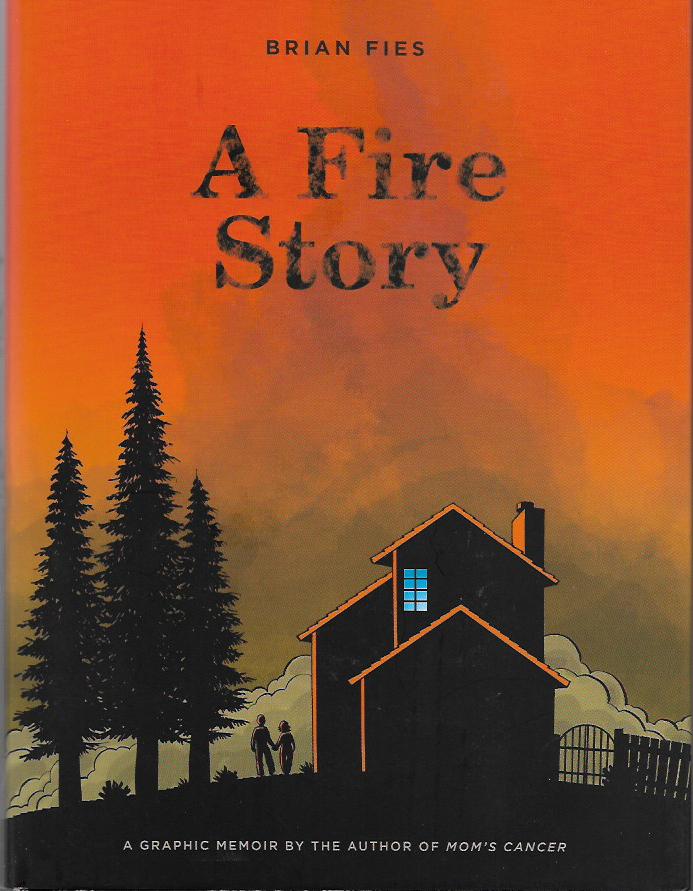 Voting on comics awards is becoming a nigh-impossible task. There is so much amazing material out there from both the mainstream and the independent, and from all over the world. Most weeks, it’s even tough for me to pick my “pick of the week.” That’s not remotely the case this week.

Brian Fries won an Eisner Award for Mom’s Cancer, his first graphic novel. It was a moving account of his parent’s illness. He has won or been nominated for other awards since then. His latest graphic novel will doubtless receive well-deserved acclaim.

A Fire Story [Harry N. Abrams; $24.99] is a powerful account of how Fries and his wife Karen lost their home in wildfires that scorched northern California in October, 2017. Forty-four people died in the fires. Over six thousand homes and almost nine thousand structures were destroyed. In a matter of terrifying minutes, Fries and his wife lost their home and all but a few of their possessions. To me, it seems an unimaginable loss, one that might well end me. Fries had a different and more positive response.

He turned his tragedy into a first-hand online graphic memoir told with whatever tools he could pull together. The online version of this print memoir appeared on multiple news outlets and animated into a short feature. This is a refinement of the original version, albeit one that loses none of its original impact.

This book covers the fire, the destruction, the loss, the gratitude of the survivors, the aftermath, the helping one another put lives back in order, the quest to find normal again and the determined, slow rebuilding. The last is a work in progress.

Interspersed with the story of the Fries are stories of others who were caught in the wildfires. That Fries expanded his personal tale to include others is the mark of a keen journalist. It may be his fire story, but it is not his fire story alone.

I am in awe of the writing and art in this graphic novel. It is a terrifying story that still makes room for moments of joy. I got a bit teary when Fries and Karen present their adult daughters with their favorite stuffed animals from their youth.

A Fire Story is yet another example of how good comics can be and how much they can add to our lives and our conversations about our lives. You need to read this book. It needs to be in every public or school library. I say that a lot, but never lightly. Just as the entertainment business is driven by comics, so do comics expand and inform our concepts of literature on a daily basis. Comics are the premiere art form of our times.

A Fire Story is my pick of the week. 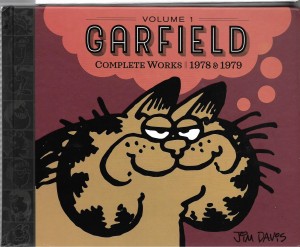 As with many good things in my life, I was introduced to Garfield by Don and Maggie Thompson. They told me the just-launched Garfield trade paperbacks were a great way to reprint comic strips. Though I had never read the Jim Davis strip prior to this, I bought that first collection and at least a dozen more before a lack of money and time forced me to halt this practice. I sold these paperbacks over the years since then.

Garfield Complete Works: Volume 1: 1978 & 1979 (Ballantine; $25] marks my return to collecting and reading a strip I have continued to enjoy for close to its entire forty years and counting. Because Garfield has been around so long, it is an easy target for haters who could never manage a week’s worth of entertaining comic strips, much less four decades worth.

The characters were great from the start and have evolved over the years. Some of the evolution is in their designs; the Garfield of yesteryear is not physically the Garfield of today. Jon’s roommate Lyman and his dog Odie moved in. Lyman left; Odie remained to be a wonderful foil for Garfield and even best the cat occasionally. Jon crushed on his pet’s veterinarian. She spurred his advances until, suddenly, she didn’t. They are now a couple. Change isn’t swift in Garfield, but it happens and happens without losing the laughs that have always been part of the strip.

This 6.7 by 8.5 inches volume collects the first two years of the strip. It has an introduction by Davis in which he expresses both his gratitude for the success of his creation and the joy he still experiences from him. I’m with him there.

Rereading these defining strips was a delight. As soon as I finish writing this week’s column, I’m ordering the second volume. These are entertaining and well-made books. This time, I’m in for as long as the series continues. 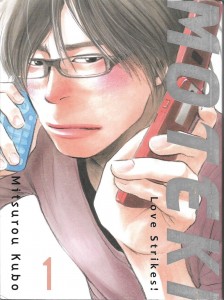 Manga fascinates me because there seems to be no end to the manga that falls into a “I’ve never seen anything quite like this” range. This week, I read Moteki Love Strikes! 1 by Mitsurou Kubo [Vertical Comics; $18.95]. This 438-page volume is about a man closing in on thirty seeking love or, failing that, sex. I’m going to let the back-cover blurb cover the basics:

Yukiyo Fujimoto’s life has been in a rut. He is about to turn thirty and has never held a steady job or had a girlfriend. And at a time when the prospects for hope seem at their lowest, suddenly his phone blows up! Out of the blue he is contacted by several women from his past! His moteki has finally come!! Love has struck and cupid’s arrow has hit him repeatedly and, coincidentally, all at the same time! Yukiyo may seem to have many options now, but is he ready for love? And are any of these women? The stage for love might be set, but the time might only be right for him to finally grow up!

“Moteki” is a Japanese slang term for a period of time when someone becomes popular with the opposite sex. Fujimoto thinks his moteki has come, but it’s not the easy path he expects. All of the issues and quirks that kept him from getting together with women are still there and, in some cases, have evolved with the life of the women who contact him. He’s as clueless as ever.

I found this volume entertaining, but I have serious reservations about recommending it. There is some crude behavior on the parts of both male and female characters, behavior that might well have been acceptable in Japan when the manga was published a decade ago, but makes me uncomfortable today. I think readers should try to get the book through their local libraries and make up their own minds if this is something they’d enjoy.

My next convention and other appearances are in April, so I get to stay home. Writing, reading comics, watching TV shows and monster movies; those are all nice breaks from the road.