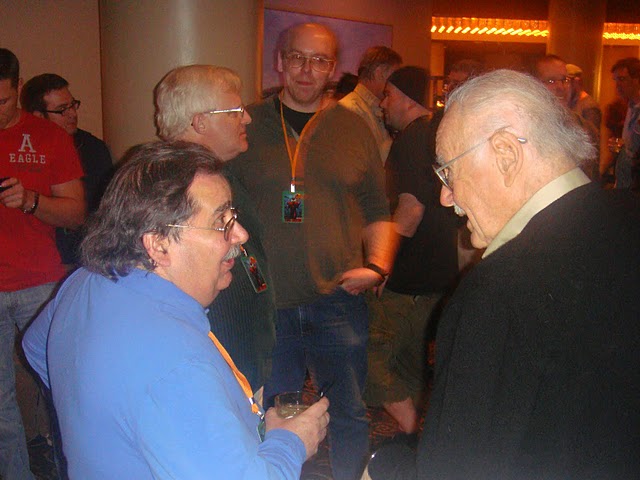 Stan Lee passed away on Monday. When I learned of his passing, this is what I posted on social media:

Stan Lee. He was an inspiration, a mentor and a friend. I don’t have the words at this time to express how much he meant to me and how much he will always mean to me. Thank you, Stan.

Almost immediately after I posted that, Cleveland19 News asked me if I could rush to the station to appear on their five o’clock news program and talk about Stan for a few minutes. I dug around in my closet hoping that at least one of my suits was good to go, drove to downtown Cleveland while my cell phone blew up with condolences from fans, fellow comics pros and friends (Don’t worry, I didn’t look at any of them while driving.) and got to the station in time for the live broadcast. Doubtless because I learned much of my own speaking style and ability to think on my feet from Stan, I managed to find the words I needed when I needed them.

By the time I got home, there was an email from Mike Sangiacomo of The [Cleveland] Plain Dealer asking if we could talk about Stan for a piece he was writing. Mike’s a friend and fellow comics writer. We talked for several minutes.

There were other calls, emails, requests and texts. I still haven’t responded to all of them. I even missed a call from my local paper – The [Medina] Gazette – though they were able to quote me from my online post and previous interviews they had done with me. By the time Monday turned into Tuesday, I was spent. Out of gas. Not even running on steam. Spent.

I’m writing this on Wednesday. I got a good night’s sleep and had a chance to think about what I wanted to share about Stan. Forgive me if what follows is random. It’s because Stan meant so much to me in so many ways. 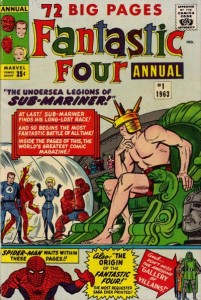 When I say Stan was “an inspiration,” what I really mean is that he was my inspiration for wanting to write comic books. It was July, 1963. On a family vacation. I bought Fantastic Four Annual #1. To this day, I consider it the greatest comic book ever published. It featured the great “Sub-Mariner Versus the Human Race!” It included dozens of fact pages about the heroes and their foes. It reprinted the origin of the team and their first meeting with Spider-Man. It opened me to an entire universe of great characters, creators and stories. Most importantly of all, it made me realize that creating comic books was a job and it was a job I wanted.

I learned to read and write from the comic books before I was four years old. Adults in my family would read them to me before that. I wanted to cut out the middleman. I fell in love with this means of telling stories. Oh, I read a whole lot of prose books as well, but the comics were special to me. As a slightly older youngster, I would act out my own adventures of the Challengers of the Unknown or the Justice League of America using my Louis Marx and Company toy soldiers. I always felt bad about designating one such soldier as Wonder Woman. Today, as an adult, I would applaud her courage in being her true self.

I discovered the Marvel Universe at a time when I might well have moved on from comics. Stan and his artistic co-creators made their world so exciting that I was hooked on comics as never before.

In his letters pages, Bullpen pages, “Stan’s Soapbox” and even in the stories themselves, Stan included the readers in this amazing new world. We wanted to be part of it, either by joining the Merry Marvel Marching Society or, in the case of future comics creators like me, by working on those glorious comic books. 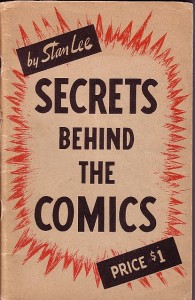 I found a copy of Secrets Behind the Comics by Stan Lee at a comics convention. That 1947 booklet became my Bible. I even used its awkward two-column format for writing scripts in my first attempts at same. I wrote stories for countless fanzines. I was training myself to write for Marvel Comics.

When I was hired to assist Stan on The Mighty World of Marvel and other produced in New York and published in England weekly comics, he became my mentor and teacher. I learned so much from him about writing, about salesmanship, about showmanship and more. There was never a moment when I felt he took the fans for granted. He loved them and always wanted to do right by them.

The two most important lessons that Stan Lee taught a generation of comics writers were these:

With great power, there must also come great responsibility.

There is good and evil in all men.

That first nine-word quote sums up the essence of the super-hero genre. Whether those heroes live up to it or not, it is the always  goal their better selves reach for.

The second eight-word quote is just as important. It gave license to creators to write about super-heroes who were flawed, sometimes tragically so, and super-villains who were more than their crimes. Without this lesson, I don’t think I would have written all those redemption stories I’ve written over the years. In a sense, this is also a lesson of hope.

In real life, I often consider both quotes. I try to live up to the responsibilities of the public forums I enjoy. With less success, I try to consider the good in people I might otherwise loathe with every fiber of my being. Even those who have done me grievous wrong in my career have done good turns for others.

Stan Lee was the most transformative creator and figure in comics. Every writer who followed him was inspired by him in one manner or another. Some will dispute that statement of mine. I suspect that, I can refute their claims for virtually any writer they claim was not influenced by Stan.

Come back next week for the second part of my tribute to Stan Lee wherein I talk about some of my favorite Stan Lee stories. I think some of the stories on my list will surprise you.