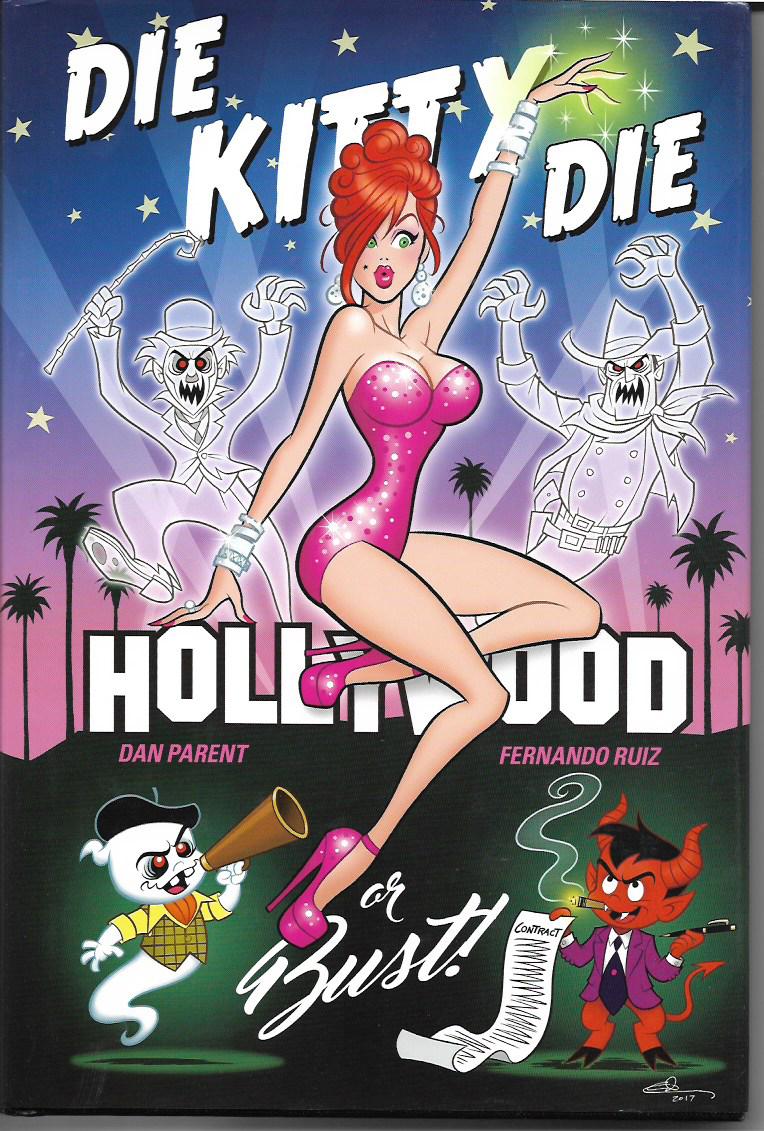 I had an amazing time at the Baltimore Comic*Con the weekend before last. It was a well-run convention with over a hundred guests from comics and other media. There were dozens of vendors, some offering huge discounts on their wares. The event’s volunteers were always helpful. The cosplay was terrific and, most important of all, the fans were among the nicest I’ve met at a convention. I sold almost every book I brought, signed over a hundred Isabella-written comic books, and saw dear friends I haven’t seen in decades.

Baltimore Comic*Con gets my recommendation. Mark your calenders for next year’s event, which is scheduled for October 18-20. Tell them Tony sent you.

The next convention appearance for me will be the Syracuse NY Comic Con on Saturday, October 13, from 11 am to 7 pm at the Center of Progress Building, 581 State Fair Boulevard in Syracuse. Among the other guests are Brian Johnson and Mike Zapcik from AMC’s Comic Book Men; actors and voice actors Kirby Morrow, J.G. Hertzler and Dana Synder; and comics creators Steve Geiger, Tom Peyer, Charles Barnett III, Mike Garland, Ken Wheaton and Joe Orsak. I’m looking forward to this event.

Die Kitty Die: Hollywood or Bust by Dan Parent and Fernando Ruiz [Chapterhouse Publishing; $24.99] is the second collection of Kitty comic books. It was published last October, but somehow escaped my notice until recently. Let me offer some brief background on this character.

Kitty Ravencraft is a witch and the star of some of the bestselling comic books of all time. When we met her in the first volume, she was down on her luck. Her comics sales were in the toilet and her sleazy publisher was looking to kill her and use the publicity to launch a new Kitty comic book with a new character taking over the title role. He didn’t succeed, but Kitty’s new comic turned out to be another major hit.

This time around, Hollywood has come a’knocking for the film rights to Kitty’s comics. Her sleazy publisher is still trying to kill her and have someone else play her in the movie. That someone is Forest Whitaker, which gives you an idea how much crazy fun is to be had in this 128-page volume.

Parent and Ruiz mock various comics characters, classic sitcoms and more. There are “reprints” of some of Kitty’s older comics stories. There are gorgeous pin-ups. There are terrific guest artists like J. Bone, Gisele Lagace, and Bill Golliher. And, on the main Kitty stories, we get inks by Rich Koslowski and colors by Glenn Whitmore and Anwar Hanano.

I recommend Die Kitty Die: Hollywood or Bust to older readers who will appreciate the parodies. Even if you’re not an older reader, I think you’ll enjoy this book. It’s my pick of the week. 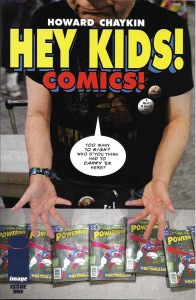 Howard Chaykin. He’s been one of the most interesting creators in comics for decades. Though I haven’t loved everything he has done in those decades, his name on a project means I’m going to buy it. There aren’t many creators who share that honor.

Chaykin’s Hey Kids! Comics! #1-2 [Image; $3.99 per issue] is kind of sort of a history of the American comic-book industry. The names have been changed, mostly because its characters are not meant to be precise counterparts to the creators and editors who inspired them. The anecdotes/stories, set in the years 1945, 1955, 1965 and 2001, are based on events and people in our real world comics biz. The two issues published to date are fascinating.

I take some comics history with a grain of salt. If a researcher, for example, was not in the room when the history went down, their version of the events can be hearsay or one-sided. My eyes tend to roll when such historians claim a certainty that doesn’t logically exist. Let me give you a quick example.

There is a story about a prominent comics artist whose editor did not give him a check for completed work in a timely – no relation to Timely Comics – fashion. The story would have the creator dangle the editor out a window or merely threaten to do so. I have heard this clearly exaggerated tale attributed to three different editors and at least as many creators. I don’t know if this apocryphal tale will show up in a future issue of Hey Kids! Comics!.

On the other hand, Chaykin’s story about the comics editor who gave his freelancers a list of Christmas gifts he wanted is one I have heard from more than one of those freelancers. All of whom named the same man. I can’t say the story is 100% true because I wasn’t in the room, but I believe it happened.

Chaykin doesn’t disappoint with the opening issues of Hey Kids! His art, dialogue and storytelling are all first-rate. The large cast of characters is sometimes difficult to follow, but that just gives me an excuse to reread all the previous issues as newer ones are published. Though it’s not likely, I would love to have annotations or other notes included with the inevitable collection. Then again, part of the fun is trying to figure out which real-life characters inspired Chaykin’s cast of creators.

I recommend Hey Kids! Comics! to Chaykin fans, comics history buffs and readers who enjoy stories that demand a more from them. The series is rated “M” for “Mature”. 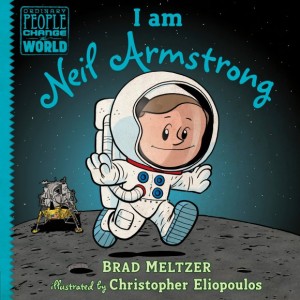 I am Neil Armstrong by Brad Meltzer and Christopher Eliopoulos [Dial Books; $14.99] is the latest book in their New York Times bestselling Ordinary People Change the World series for children. Intended for readers 5-8, the 40-page hardcover includes a four-page fold-out of the view from space enjoyed by Armstrong and his fellow astronauts.

As with their other books in this series, Meltzer and Eliopoulos do a fine job relating history in a lively manner. Though created for children, this book will delight older readers for its charm, its good humor and the quality of its writing and art. Any of the books in this series would make a wonderful gift for a young reader or an older one. It earns my highest recommendation.

That’s all for now. I’ll have more reviews and news of my November convention appearances next week.