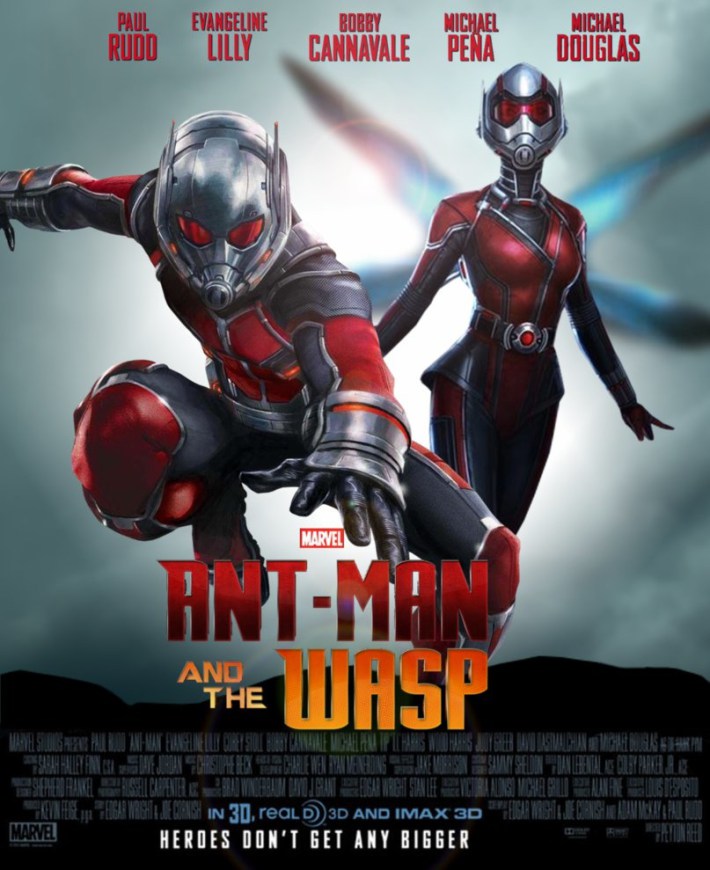 Saintly Wife Barb and I attended the world premiere of Ant-Man and the Wasp in Los Angeles last Monday. It was a fabulous evening and included some personal moments with Paul Rudd, Michael Douglas and Lawrence Fishburne. Not to mention comics pals like Jan Utstein- O’Neill of Marvel Studios; John Jackson Miller, who I worked with at Comics Buyer’s Guide and who created a couple of the characters who appeared in the film; Michael Lovitz, my amazing attorney who also represents many other comics creators; and Bob Layton, whose credits includes a legendary run on Iron Man.

Since the movie doesn’t go into general release until July 6, I’m not going to review it here. That review will have to wait until my next “Tony’s Tips” column. However, I will tell you it’s a terrific film, well worth seeing, and that my name appears in the “Special Thanks To” list in the end credits. As always, my thanks to Marvel Comics for bringing me to this event. I am forever grateful for the kindness and respect Marvel has shown and continues to show me. I am proud to be associated with the company. 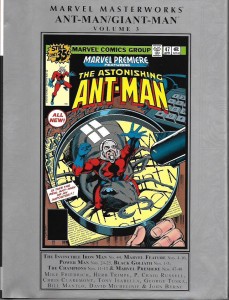 I don’t have to hold back on my review of Marvel Masterworks: Ant-Man/Giant-Man Volume Three [$75], which arrived just in time for me to read before and after the Ant-Man and the Wasp premiere. In this volume, we get three new introductions and over 300 pages of comics and other features.

Mike Friedrich writes about his short-lived Ant-Man series that ran in Marvel Feature. That series, in which Hank Pym and the Wasp were trapped at insect-size, holds up well. Herb Trimpe drew the first three issues, brilliantly depicting the enormous world in which our heroes existed. Herb was followed by a young P. Craig Russell.

I wrote about Bill Foster’s return to the Marvel Universe as Black Goliath in a couple of issues of Power Man and then his own short-lived title. Foster plays a key role in Ant-Man and the Wasp.

David Michelinie’s introduction details his creation of Scott Lang, the ex-convict who is Ant-Man in the current comic books and in the Marvel Cinematic Universe. These three prose pieces cover a lot of comics history.

This Masterworks volume also reprints a short Ant-Man story by Roy Thomas and Ross Andru, the issues of Power Man that introduced Bill Foster’s giant-size identity, his own series, the few issues of The Champions in which he appeared and the two-issue origin of the Scott Lang Ant-Man by Michelinie, John Byrne and Bob Layton. There is also a section of special items, including never-published Ant-Man art. It’s a wonderful collection and I recommend it to anyone who loves Marvel comic books and movies.

For the incredible fun of it, Marvel Masterworks: Ant-Man/Giant-Man Volume Three is my pick of the week. 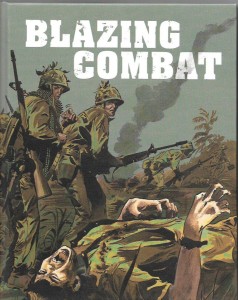 Fantagraphics Books has published a third edition of The Blazing Combat Collection [$29.99]. The volume collects all four issues of the black-and-white comics magazine published by Jim Warren in the mid-1960s. Written by the rightfully legendary Archie Goodwin, the stories were controversial for the era and quickly frowned upon, as  as in “We won’t sell these at our PXs” by the American military. Which is why the title only ran four issues.

Goodwin’s tales ran the gamut of military history, but it was the stories set in Vietnam that triggered the military’s action against the title. The power of those and other less contemporary to that time stories are why I recommend the volume to you today. That and the many amazing artists who drew Goodwin’s scripts: Joe Orlando, Al Williamson, Angelo Torres, George Evans, Gray Morrow, Reed Crandall, Al McWilliams, John Severin, Alex Toth, Wally Wood, Gene  Colan and Russ Heath. Also included in the book: interviews with Warren and Goodwin.

I own at least one of the previous printings of The Blazing Combat Collection, but this strikes me as the nicest of the three. It has an elegance to it that makes it a book I want on my bookshelves and which belongs in every public and (age appropriate) school library.

It’s a book you’ll want for your home library as well. 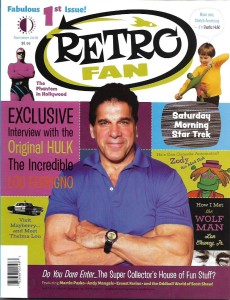 Edited by Michael Eury of Back Issue fame, Retro Fan [$8.95] is the new addition to TwoMorrows Publishing’s roster of great magazines. Dedicated to the 1960s, 1970s and 1980s, Retro Fan celebrates those wonderful toys, TV shows, movies and more that the kids growing up in those decades loved.

The first issue is a basket of such goodies. There’s an interview with Lou Ferrigno, live action’s original Incredible Hulk. Martin Pasko writes about the Phantom. Andy Mangles boldly goes forth to reveal all about Star Trek: The Animated Series. In other pieces, you’ll be entertained by insightful looks at monster master Lon Chaney Jr.; Betty Lynn, Mayberry’s own Thelma Lou; Mego’s elastic Hulk; Mr. Microphone, perhaps the era’s most annoying toy; The Andy Griffith Show; collecting in general and more. Of special interest to me were Scott Shaw!’s report on Zody the Mod Robot and the very funny “rejected” cover than closes out the issue.

Retro Fan has wonderful writers, crisp layouts and so many photos and other images that you could fall into a nostalgia coma. If you of my generation, or just someone interested in the entertainments of my generation, you’ll love Retro Fan. I eagerly await the next quarterly issue.

I’ll be back next week with my review of Ant-Man and the Wasp plus other goodies. See you then.