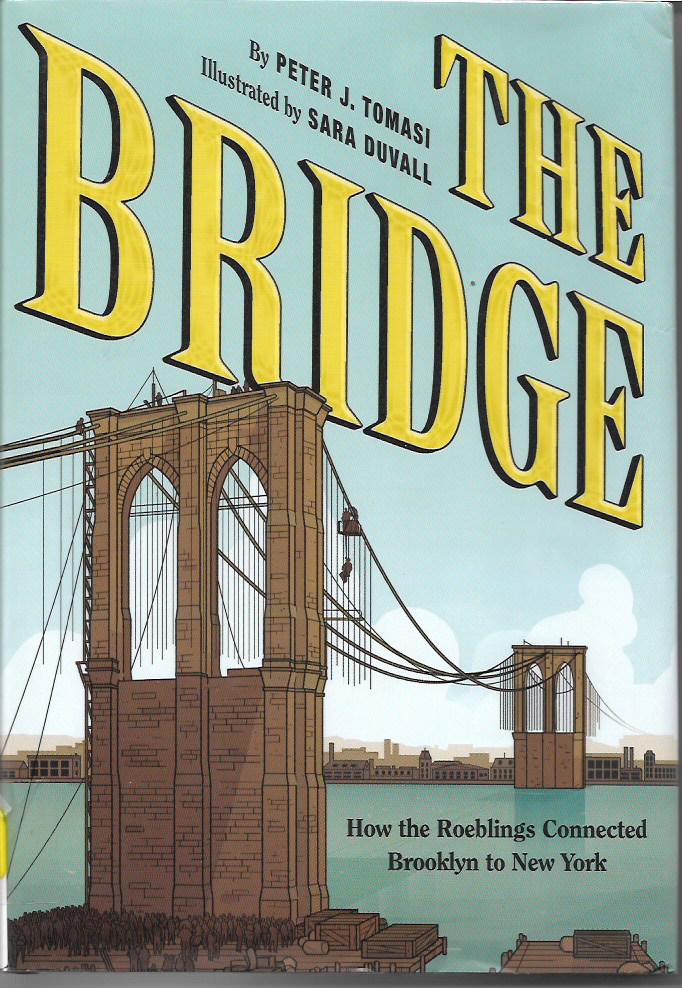 It’s been a busy, exciting few weeks for your friendly neighborhood Tipster-Man. I was a guest at the East Coast Black Age of Comics Convention in Philadelphia and Northern Michigan’s Cherry Capital Comic Con. Nominated for a prestigious arts prize, I had to prepare a portfolio of my work.

I’ve been getting ready to launch my 2018 garage sales, my ongoing attempt to reduce my Vast Accumulation of Stuff to something I can honestly call a collection and confine to one or two rooms in my Tardis of a house. As of this writing, the stuff fills three full rooms, parts of four other rooms and three off-site storage units. My “arrgh” is definitely a cry for help.

But, as always, there are always new wonderful comics and comics-related things to delight me. Here are a trio of choice books I’ve read recently.

Let’s start with my pick of the week. The Bridge: How the Roeblings Connected Brooklyn to New York by Peter J. Tomasi with art by Sara Duvall [Harry N. Abrams; $24.99] is the story of the making of the Brooklyn Bridge. This is epic history in graphic novel form and one of the most compelling comics I’ve read all year.

The Brooklyn Bridge remains an architectural marvel over a century after its completion. It was originally designed by John Augustus Roebling, but completed by his son Washington and his daughter-in-law Emily. Its story is rich with history, a tale of perseverance against the most daunting physical and political odds.

The Bridge is also a family story. John died early in the decade-and-a-half construction project. His son Washington saw the bridge to completion, even after his own bridge-related illness kept him from supervising the construction on site. Emily was his eyes and ears on the project and the conduit from which Washington led his builders. As determined as her husband and perhaps wiser, Emily is a magnificent heroine in an era where women were unlikely to wield such power. When this graphic novel is made into a movie – and it should be – the best actresses of our time will vie for the chance to play Emily.

Tomasi turns his lifelong love of “all things bridges” into what is arguably his best comics writing ever. Duvall’s art shows a great attention to historical detail and an impressive skill portraying human emotions. While I don’t have a great deal of faith in comics industry awards, I will be amazed and disappointed if The Bridge is not nominated for multiple awards.

I recommend The Bridge to anyone who loves great comics. I think it would make a great gift for comics and non-comics readers alike. That it belongs in every public and school library in the country goes without saying. Except I’m going to say it because I want to drive home how wondrous this book is. 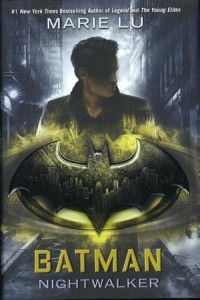 Batman: Nightwalker by New York Times bestselling author Marie Lu [Random House Books for Young Readers; $18.99] is part of the “DC Icons” series. Aimed at readers 12 and up, this novel puts a just-graduated-from-high-school Bruce Wayne against a terrorist outfit targeting Gotham City’s most elite citizens. Having just come into his inheritance, Wayne is on their list.

Unlike the mercurial young man of TV’s Gotham, Lu’s Bruce Wayne is a remarkable consistent character. He is driven and occasionally reckless, but he has a fierce dedication to justice. He is clever, compassionate and courageous. Unfortunately, those traits put him at odds with the Gotham City police when he attempts to chase one of the Nightwalkers. His circumstances keep him from suffering any serious consequences, but his community service has him mopping the floors at Arkham Asylum.

Forming a connection with a young woman inmate charged with murder who has refused to speak to the police, Bruce is recruited by the police to report on anything he might learn from their encounters. Bruce is fascinated by the brilliant and enigmatic Madeleine. But does she have feelings for him or is she merely using him to move forward the Nightwalkers agenda?

Lu’s writing is first-rate. She does a great job with Bruce and his supporting cast. Some, such as Alfred, Harvey Dent and Lucius Fox, will be recognizable to Batman fans. Others, such as classmates Dianne and Richard, Detective Draccon, and the haunting Madeleine, are fine additions to the Batman mythos.

Batman: Nightwalker is a page-turning thriller. I recommend it to fans who cherish a more realistic, sane hero than usually seen in the comic books and movies. 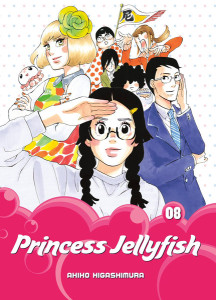 Ahiho Higashimura’s Princess Jellyfish Volume 8 [Kodansha Comics; $9.99] is the penultimate volume in this utterly delightful Josei manga series about the otaku women – NEETS who refer to themselves as the “Amars” (nuns) – who live in an apartment building in Tokyo. Yeah, I know I just threw around some words than some of you will not know. Consider this a teaching moment.

Josei manga is a manga subset aimed at women in their late teens on into adulthood. Though I’m pretty obviously not a member of this demographic, I enjoy manga of this type because it emphasizes the characters and human interactions more than most battle, horror and science fiction manga.

Otaku is a Japanese term for people with obsessive interests, most usually referring to their interest in anime or manga. I am otaku for so many different things that it would take an entire column to list all of them.

The acronym NEET originated in the United Kingdom and has spread to Japan and other lands. It refers to a young people who are “Not in Education, Employment or Training.” Get a job, you slackers!

Real estate developers have cast avaricious eyes on Amamizukan, the home of the Amars. To save their home, the woman decide to conquer the fashion industry with jellyfish-inspired clothing designed by the series romantic lead Tsukimi. Their knight in dazzling dresses and heels is Kuranosuke, the son of a politician who crossdresses to avoid following in his father’s footsteps.

Princess Jellyfish combines romantic comedy, political satire, pop culture and corporate intrigue. It’s one of my favorite manga ever. I recommend it to both female and male readers.