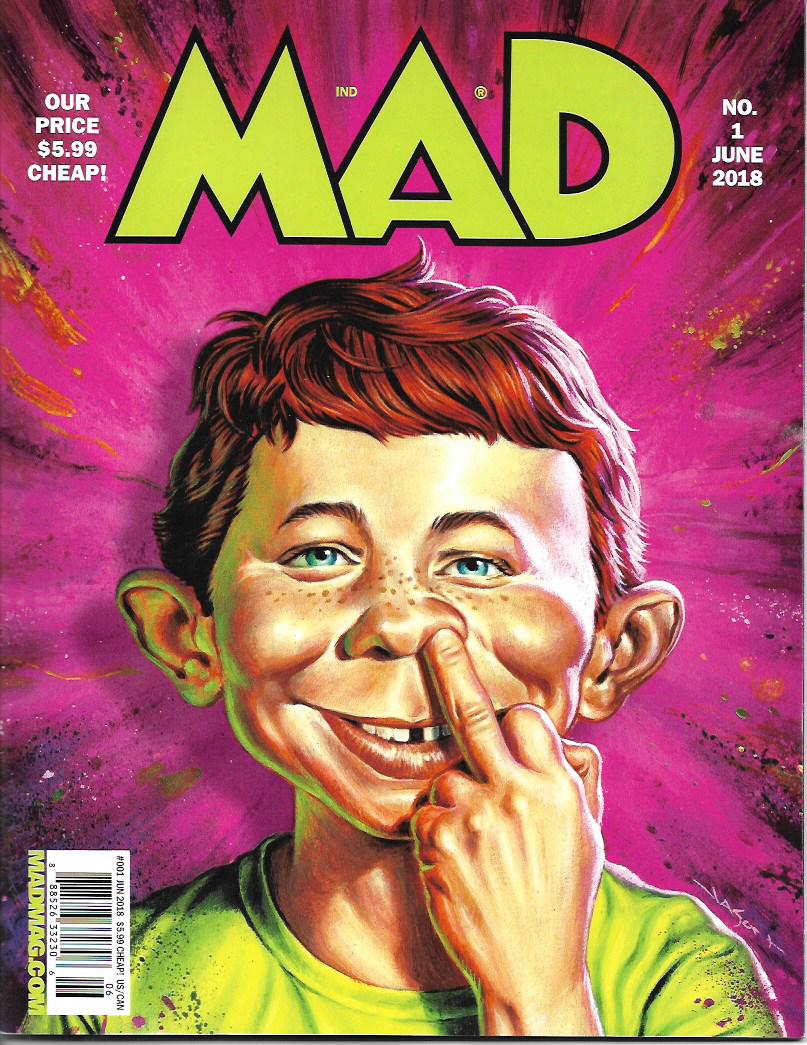 The CW’s Black Lightning has concluded its first season. Since so many friends and readers have asked me what I thought of the season finale, here are my quick comments:

The season finale was everything I could’ve hoped for. Salim Akil has said Black Lightning #5 from my second comic-book series was a big inspiration for that finale, but he and his team went so much further. There were great character moments, including Mama Pierce with a shotgun. There were exciting action scenes, like Jefferson  and his family under siege. There was a satisfying ending and also a nice tease to the next season.

One of the things I most loved was how Tobias Whale, played so well by Marvin ‘Krondon’ Jones III, has built a sort of new family for himself. While I don’t know what Salim has planned for the second season, I think we may be seeing the establishment of a family feud for the ages. By the way, Marvin was one of the friends who asked me what I thought of the finale.

Moving on…my next appearance will be at The Toys Time Forgot in Canal Fulton, Ohio. That will be on Free Comic Book Day, May 5. My fellow guests include Matt Horak, artist on Marvel’s The Punisher and Spider-Man/Deadpool. In keeping in the spirit of the day, I’ll be signing for free. Not free will be the various Black Lightning and Isabella items I’ll be selling at the event. But, hey, let the old comic-book writer make a buck, okay?

MAD #1 [$5.99] gets better paper, a new editorial team, new design and some new features to go along with that new numbering. What it doesn’t get is a completely new cover. Alfred E. Newman holding his middle finger to his nose is a repeated idea from several decades ago. It’s not edgy. It’s not shocking, although, depending on their location, some stores could have a problem displaying and selling it. It’s a terrible way to kick off the new era I’d been and still am looking forward to.

Many old favorites remain. There’s a parody of the latest Star Wars movie by Desmond Devlin and artist Tom Richmond. Sergio Aragones is here with “A MAD look at Harassment” and marginal cartoons. Peter Kuper is still entertaining me with his Spy vs. Spy pages and the legendary Al Jaffee is still amazing and entertaining me with his fold-ins. Sometime, because of these fold-ins, Jaffee’s mind should be named one of the greatest in the history of mankind.

My second-favorite of the new features was Potrzebie Comics with a DC super-hero story by Kerry Callen; a Luke McGarry contribution about Heaven’s 27 Club – where the stars who died at the age of 27 go – and a new strip by Bob Fingerman. All of these efforts speak well to MAD’s future.

But the feature that made me laugh out loud was writer Ian Boothby and artist Tom Richmond’s “Starchie Reconstituted.” It starts with an Archie take-off not unlike the one that appeared in the 1950s. It morphs into a parody of Riverdale. It’s as clever a piece as I have seen in MAD this decade.

MAD #1 gets my recommendation. It’s a good start to what I hope is going to be a long run of making America laugh again. 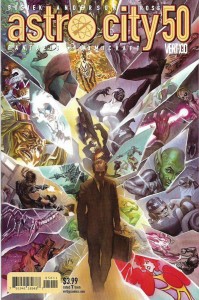 Astro City is near the end of its current run with a brilliant and heartrending two-issue tale of Miranda’s Friends, a support group for those who have lost loved ones in the fantastic battles fought by the heroes and villains of the city. “Brilliant” is redundant, of course, when it comes to the series and stories created by Kurt Busiek, Brent E. Anderson and Alex Ross.

Issues #50 and #51 [Vertigo; $3.99] each have a special meaning in today’s world where the names of victims of violence are forgotten while the names of their infamous killers are so much better known. This is especially true for Michael, the founder of the group, but that is something for you to discover when you read these issues.

For most of its existence, Astro City has been my favorite super-hero comic book. I mean, there was the six months when my own Black Lightning: Cold Dead Hands was coming out, but, other than that, it was Astro City that spoke most deeply to me and my love for super-heroes in general. Busiek’s writing, Anderson’s art, Ross’ covers, and the amazing work of letterer John G. Roshell and colorist Peter Pantazis. If there’s been a bad issue of Astro City, I sure never read it.

Astro City #52 will be the final issue. From here on, the stories will be present in a series of original graphic novels. I’ll miss my near-monthly visit to the city, but I’m excited for what comes next. While I’m waiting, I plan to buy the Astro City collections and reread all their great stories. Though I’m actively reducing my Vast Accumulation of Stuff, Astro City is and will always forever be a keeper. 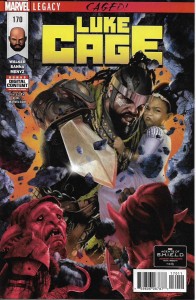 Luke Cage #170 [Marvel; $3.99] wraps the hero’s current series with one of the most heartwarming comic books of the year. Written by David F. Walker with art by Guillermo Sanna and striking colors by Marcio Myers, this done-in-one story is about Luke “reconnecting with what matters most.”

Luke has been on the road for most of this run. Now he’s returned to New York and reunited with wife Jessica Jones and their daughter Danielle. Bullied by one of the other kids at day care, Danielle is feeling blue. She doesn’t want to talk about it. She just wants her dad to tell her a story.

After Danielle rejects the story about how Luke beat up Doctor Doom because he owed her money – “You tell that one all the time.” – and the one about how he and Uncle Danny (Iron Fist) became the best super-hero team in the world – “You tell that one all the time, too. It’s boring.” – she demands a brand-new story, one Luke makes up from his head.

What follows is comic-book magic. Luke starts his story. Danielle keeps changing it and adding things to it. At the end, it’s a story they most created. This gives me major good feelings.

This is a award-deserving winning issue of Luke Cage. I’d vote for it a heartbeat. Unless it was against an issue of Black Lightning: Cold Dead Hands, but that’s my ego fail. Not only do I urge you to track down and read this splendid comic book, I’m naming it my pick of the week.