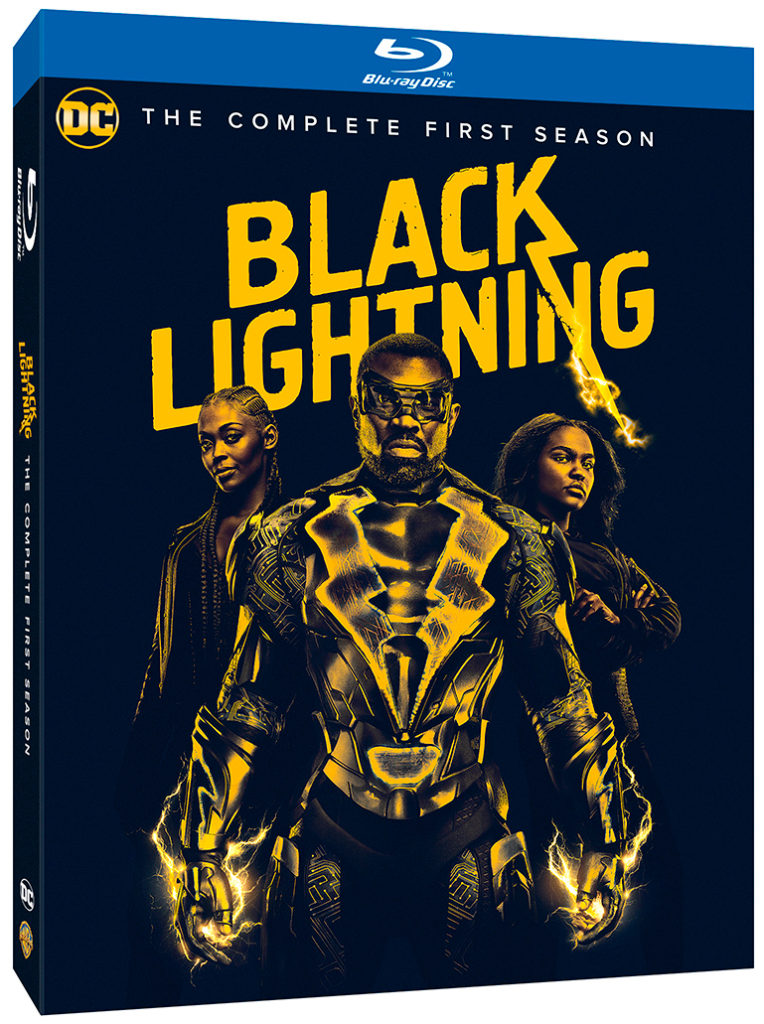 My admittedly biased choice for the biggest news this time around is that Black Lightning: The Complete First Season will be released on DVD and Blu-ray on Tuesday, June 26, 2018. The TV series stars the character created by a guy name of Tony Isabella. Gosh, where have we heard that name before?

Though I have no official role in the show, you don’t have to look too deep to find my creative DNA in the mix. Early on, before DC hired show runners Salim and Mara Brock Akil, I was asked to write a paper on Black Lightning’s core values. After the amazing Akils were hired, we had a long conference call on all things Lightning. That was followed by my visit to the Black Lightnings writers room in Burbank. I call myself the show’s unofficial head cheerleader, constantly applauding the adherence to Jefferson Pierce’s values, the great writing and the award-caliber acting from Cress Williams and the entire cast. I love this series and am so honored to have been even a small part of it.

Besides the 13 episodes of the first season, the Blu-ray and DVD sets will feature these extras: Black Lightning Comic-Con panel, A Family of Strength, Black Lightning Come Visit Georgia, a gag reel and deleted scenes. I hope the last includes the extended scene of Jeff at the roller rink with daughters Anissa and Jennifer. I saw that scene during my Burbank visit when Salim showed me the full presentation video that sold the series. It’s what made me proclaim from the beginning that Williams was the perfect choice to play my creation. He’s proven me right in every scene since.

The suggested retail price for the two-disc Blu-ray set is $39.99. The SRP for the three-disc DVD set is $29.99. Needless to say, but I’m gonna say it anyway, either version would make a wonderful gift for those you love throughout the year. 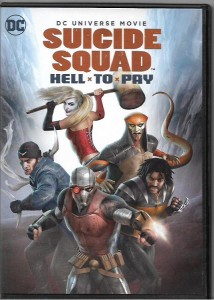 Since we’re on the subject of DC Entertainment home video, I bought and watched Suicide Squad: Hell To Pay on DVD [$18.96]. The Blu-ray version [$24.96] is also available. Here’s the brief summary from the Internet Movie Database:

Task Force X targets a powerful mystical object that they will risk their lives to steal.

Written by Alan Burnett, one of my favorite DC animation scribes, this R-rated animated feature is not for the faint of heart. There are a great many gory deaths with some of the victims being well-known DCU characters. There aren’t really any heroes in this movie, though there are characters who act with a surprising morality that plays nicely against the evil goings-on. That “R” rating isn’t kidding: strong bloody violence throughout, sexual content, brief graphic nudity and some drug material.

The 86-minute film is tight. Amanda Waller wants a mystic “Get Out of Hell” card because, let’s face it, that’s where she’s going as she is as much of a ruthless monster as any member of the Suicide Squad. She sends two teams of villains after it, though few of her agents or their opponents, come out of this alive. Shocking scenes and surprising moments are frequent. It’s a knuckle-squeezing film, but it does have a satisfying ending. I appreciated that because, of late, so many comic books fail in that regard.

Suicide Squad: Hell to Pay follows Justice League: The Flashpoint Paradox [2013], which I haven’t yet seen. But Hell to Pay stands on its own. Extreme violence or not, I enjoyed this movie quite a bit. I’m glad I bought it. 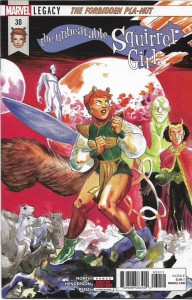 In issues #27-30’s “The Forbidden Pla-Nut,” Squirrel Girl with pals Nancy and Tippy travel to a planet of squirrels who fare they are about to be the next meal of Galactus. Because they’ve been conned by a Silver Surfer imposter. By the time the funny story concludes, we get guest appearances by Loki (currently the Sorcerer Supreme), Dormammu, Drax the Destroyer, the real Silver Surfer and the Star Wars recap screen crawl. This adventure works for me because it’s in Squirrel Girl’s world, which is in a part of the Marvel Universe that doesn’t take itself too seriously. I might not believe it in Avengers, but, in this title, no problem. Kudos to writer Ryan North, artist Erica Henderson and the editors who encourage their delicious absurdity. They make Squirrel Girl a breath of fresh air month after month. I appreciate that.

The Unbeatable Squirrel Girl Volume 8: My Best Friend’s Squirrel [$17.99], which will reprint issues #27-32 of the title, is due to be released in June of this year. It’s just the ticket for summer reading. Surf’s up! 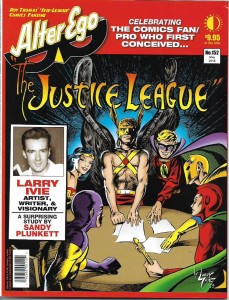 Edited by Roy Thomas, Alter Ego #152 [TwoMorrows; $9.95] devotes much of that 100-page issue to Larry Ivie, the comics fan, comics pro, artist, writer and visionary who first came up with the notion of a modern (ala 1960s) version of the Justice Society of America. Ivie even called it the Justice League.

Sandy Plunkett, a terrific artist himself, was a friend of Ivie’s. His study of the man is breathtakingly inclusive. Though Ivie may seem like a minor comics professional, his work and his enthusiasm encouraged many better-known creators. Ivie is controversial to the extent that some comics folks doubt some of his claims. But, in my own brief correspondence with him when I was still in my teens, he was a great source of history and insight. To this day, I feel Ivie should have been a more major part of the industry. If awards were given out for individual articles, Plunkett’s would get my vote for best of the year.

The issue also features a brief excerpt from a memoir by legendary comics writer John Broome, Michael T. Gilbert’s look at some sleazy romance comics of the 1950s, Bill Schelly on his new book (Sense of Wonder), a tribute to artist Sam Glanzman and more.

Alter Ego remains my favorite comics-oriented magazine. This issue is particularly terrific. It’s my pick of the week.

One more note before I take my leave. My next convention appearance will be at the East Coast Comicon, April 27-29, at the Meadowlands Exposition Center in New Jersey. The guest list includes Jose Luis Garcia Lopez, Howard Chaykin, Larry Hama, Roy Thomas, Larry Lieber, Jim Salicrup, Nancy Silberkleit, Jim Starlin, Joe Sinnott, Wendy & Richard Pini, and many others. I’m looking forward to hanging out with so many old friends, making new friends and generally having a blast. Hope to see you there.