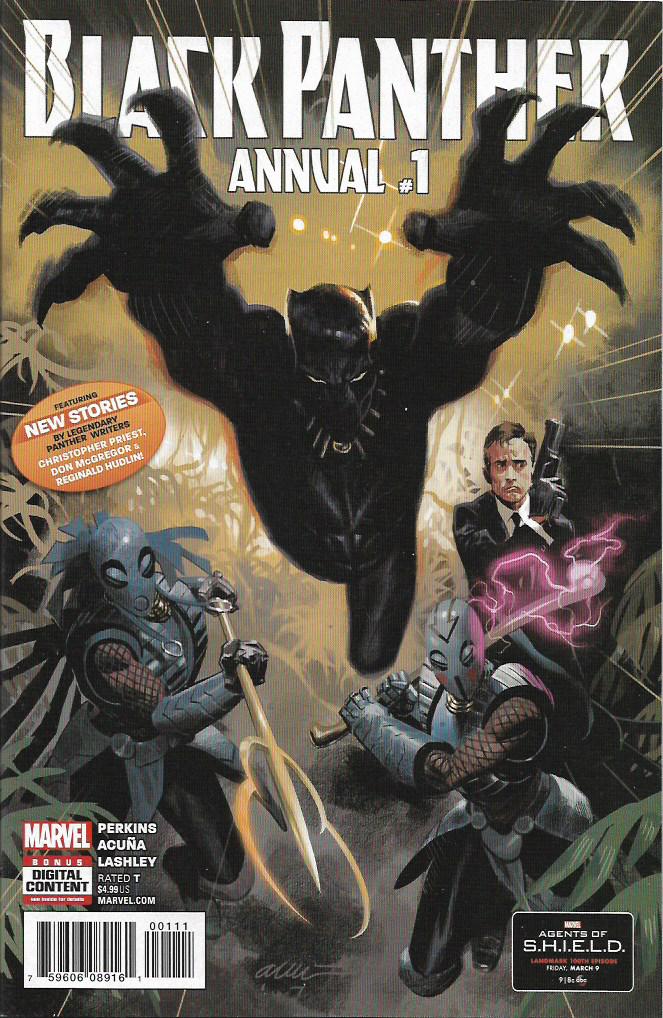 I made two more or less local appearances last week. On Thursday, March 22, I went to the East Clark Elementary School where I spoke to fifth through eighth graders about Black Lightning and creating comics. I enjoyed spending a few hours with the students and their teachers. I even stayed around a little later than planned so that the principal of another school could drive over, meet me and get an autograph.

Then, on Saturday, courtesy of the Cleveland Public Library and the Rising Star Roastery, I taught a workshop on comics creation while sitting among huge bags of aromatic coffee beans from South America and other distant locales. I’m told it was the biggest turnout to date for the Library’s “Coffee and Comics” program.

Writing comics will always be my first creative love, but teaching about them is pretty high on the list as well. If you are a comics creator and are asked to appear at a school or library, I urge you to accept the invitation. It’ll make you reflect about what you do and possibly create some new comics readers.

Black Panther Annual #1 [Marvel; $4.99] was the best annual I have read in years. In the wake of the wildly successful Black Panther movie, Marvel commissioned three new stories by three of the best Panther writers of all time: Christopher Priest, Don McGregor and Reginald Hudlin. I got the version with the Daniel Acuña cover, but a variant cover was also done by Brian Stelfreeze.

Priest’s “Back in Black” features government spook Everett K. Ross, one of several memorable characters introduced by the writer during his run on the Black Panther. Ross always seemed out of place back then, which made him pretty interesting. It was delightful to see Martin Freeman’s portrayal of Ross in the movie. Mike Perkins drew this story and did a fine job.

McGregor’s “Panther’s Heart” is the best story in the annual, but, then again, McGregor is my favorite Panther writer. I don’t want to give anything away, but it’s a poignant story that shows McGregor hasn’t lost a step since his “carefree” youth. The Acuña art lives up to the wonderful script.

“Black to the Future Part II” is Reggie Hudlin’s look at the Black Panther of an alternate future. It’s an eyeopener of a story with fantastic art by Ken Lashley, who recently drew a pair of terrific covers for my Black Lightning: Cold Dead Hands series.

Between the movie and this annual, I’m getting a hankering to read all the Panther comic books from start to finish. Fortunately, they are all in print and soon to be back in print.

This is my pick of the week. Wakanda forever! 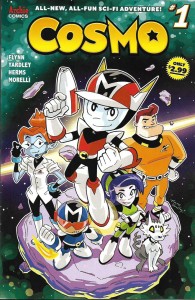 Cosmo the Merry Martian, published by Archie Comics for six issues in 1958 and 1959, is one of my favorite childhood comics. Created by writer Sy Reit and artist Bob White, the hilarious adventures of this otherworldly champion and his often outlandish allies caught my imagination and never let go. I’ve often remarked that I would love to write new stories with the character. Alas, that character no longer exists in the current Archie scheme of things.

Cosmo #1 [$2.99 per issue] reinvents the hero and his friends. Gone are the wonderfully clever Bob White designs, replaced by generic figures influenced by anime and manga. These are the sort of designs you see frequently as western creators attempt to duplicate the success of their Asian counterparts. It’s not that the designs are bad. It’s just that they aren’t remotely special.

Writer Ian Flynn tells a decent story with some honest laughs. If the story wasn’t in a comic book called Cosmo, I’d probably like it a lot. I like it, but again…it doesn’t have the sharp wit and laugh out loud madness of the Reit scripts of the 1950s.

Cosmo is a good comic book. I think Flynn and artist Tracy Yardley are producing an entertaining series. I especially like astronaut Max Strongjaw, a human addition to the mix. Though the series pales next to the classic Cosmo the Merry Martian, I plan to keep buying and reading it. That’s a bigger deal than you think. Where I once bought all the Archie titles, Cosmo is the only one I’m buying at the present time. Pick of the litter, so to speak.

Cosmo is suitable for all ages. Give it a look. 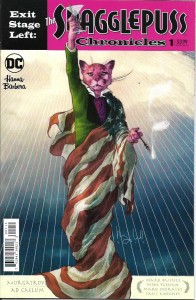 DC Comics has published some intriguing comic books offering fresh modern takes on classic Hanna-Barbera characters. One I’m enjoying quite a bit if Exit Stage Left: The Snagglepuss Chronicles [$3.99 per issue] by Mark Russell with pencil artist Mike Feehan and ink artist Mark Morales. Starting with the second issue, the title has a back-up feature: Sasquatch Detective by Brandee Stilwell with art by Gustavo Vazquez.

In this series, Snagglepuss is portrayed as a 1950s gay playwright in the style of Tennessee Williams. His world is one of desperate writers, actors and other gays living in the shadow of the McCarthy era’s House Committee on Un-American Activities. It is a gripping adult drama with different takes on other cartoon characters, such as Huckleberry Hound and Augie Doggie. It’s not remotely suitable for younger readers or for those older readers offended by what is, admittedly, a far cry from the cartoons of their youth. Me, I think there’s room for both versions and would happily buy this comic and a more traditional Snagglepuss comic book.

The “Sasquatch Detective” back-up feature is hard to describe, but great fun. I’m into it.

One last note of clarification. Dynamite’s Bettie Page Volume 1: Bettie in Hollywood [$17.99] collects issues #1-4 of the title and also includes “an exclusive short story, illustrated by Joseph Michael Linsner, originally published in Playboy magazine.” Beyond noting that whoever wrote that solicitation doesn’t quite grasp the meaning of the word “exclusive,” I can merely repeat last column’s recommendation of this fine title.