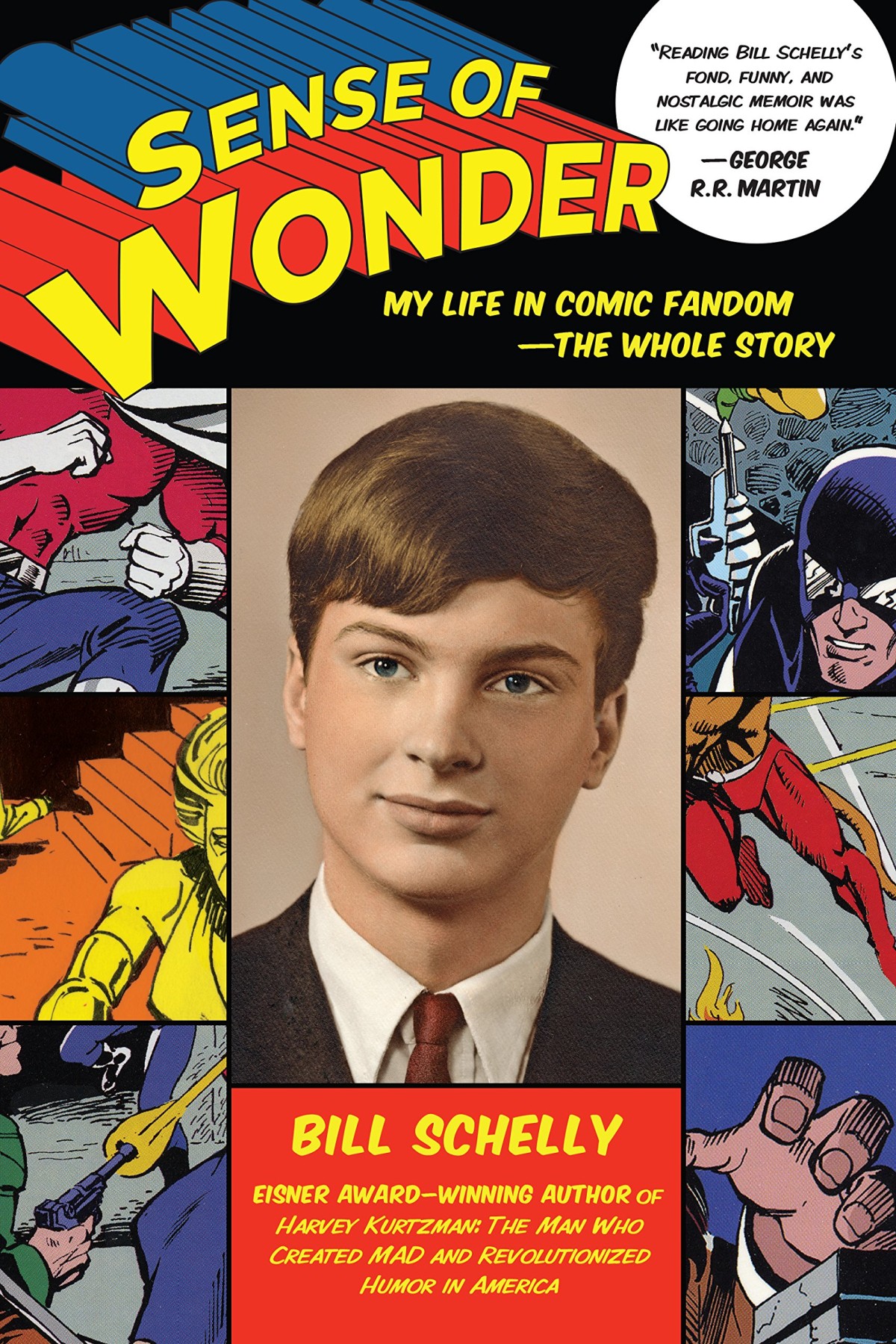 Welcome to the only month that’s a command. The Black Lightning TV series has finished filming on its first 13-episode season, but we still have another seven episodes to view on Tuesday nights until the season finale on April 17. The show is must-watch viewing for me and my family…and I’ve always looked at my readers as part of the family. I hope you’re enjoying it as much as I am.

Getting to this week’s reviews…

My pick of the week is Bill Schelly’s Sense of Wonder: My Life in Comic Fandom–The Whole Story [North Atlantic Books; $19.95]. This is a greatly expanded version of the book he published in 2001. In this edition, Bill reveals his secret identity, telling his tale of growing up as a gay fan of comic books at a time when homosexuality was considered a mental illness.

The first was that super-hero comics with their multitude of secret identities would speak to closeted gay men and women. Though Stan Lee and Jack Kirby may have created the X-Men as a costumed parable against bigotry, I think the mutants didn’t truly come into their own until fans started seeing them as a statement about being gay or different in modern society.

The second was that, though my taking public stands against bigotry and intolerance, I’d become someone fans felt they could trust. I’m not kidding when I tell you that I consider this both an honor and a responsibility I’ve never taken lightly. We are, gay or straight, stronger when we stand together.

Schelly’s book, already a wonderful story of his growing up in the comics fandom of the 1960s, now becomes more wonderful and, indeed, powerful when he adds all those more personal details of his life as a gay man. His original book stopped when he was 21. This book completes his biography to date.

Schelly is a leading comics historian. He has written definitive books on such legendary creators as Joe Kubert, Otto Binder, John Stanley and Harvey Kurtzman, winning an Eisner Award for that last one. In Sense of Wonder, the history he celebrates is his own. I’m thrilled by it and recommend to all comics fans. 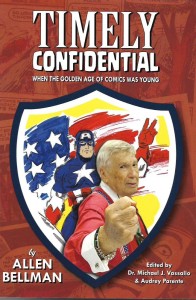 For yet another personal comics history this week, I also recommend Timely Confidential: When the Golden Age of Comic Books Was Young by Allen Bellman with editing by Dr. Michael J. Vassallo and Audrey Parente [Bold Venture Press; $39.95]. My friend Allen is one of the few living Golden Age creators still with us and, if you have ever met him at a convention, you know he’s a natural showman with great stories to tell. It’s a shame he left comics when they came under fire in the 1950s. I think he would have brought something special to the comics I read as a young comics fan.

Working with noted comics historian Vassallo, Bellman holds forth on his love of drawing, his entry into the comics industry in the 1940s and his comics work of the 1950s. He talks about the grief of his first marriage and his journey back to a productive life as an artist and a glorious second marriage. In heartwarming fashion, he relates how he was discovered by comics fans and started attending comics conventions as a honored guest.

Besides Bellman’s autobiographical tales, this book also contains a wealth of rare photographs and comics art. A comics gallery has full-color reprints of five complete stories (crime and romance) he drew in the 1950s. I got a kick out of those old stories, almost as much as I got from Allen’s life stories. This is as entertaining a comics history as you’ll find. 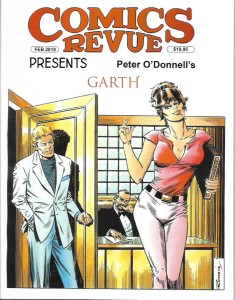 It always seems to take me by surprise, but the arrival of each new issue of Rick Norwood’s Comics Revue [$19.95] is always an event. Issue #381-382 [February 2018] cover-featured the newest addition to the Revue roster: Garth by Peter O’Donnell.

Garth was a comic strip in the British Daily Mirror from July 24, 1943, to March 22, 1997. The strip belonged to the action-adventure genre and recounted the exploits of the title character, an immensely strong hero who battled various villains throughout the world and many different chronological eras.

The first chapter of “Warriors of Krull” sees Garth captured by an evil-but-beautiful queen who pits strong men against one another in battles to the death. While not as refined as O’Donnell’s Modesty Blaise, it’s still an exciting opening.

Written by Lee Falk and drawn by Wilson McCoy, this issue’s Phantom installment reprint material from 1958. It’s a riveting tale of the hero’s “good mark,” the one he bestows on worthy individuals with the promise they will always be under the Phantom’s protection.

My other favorites in the issue are the always funny Sir Bagby, a comic strip about knights and wizards by R&D Hackney; Stan Lynne’s hilarious Rick O’Shay story about a lawyer who, after successfully defending a horse thief, is paid for his service with the horse his client stole; and a Steve Canyon sports thriller by Milton Caniff involving college football.