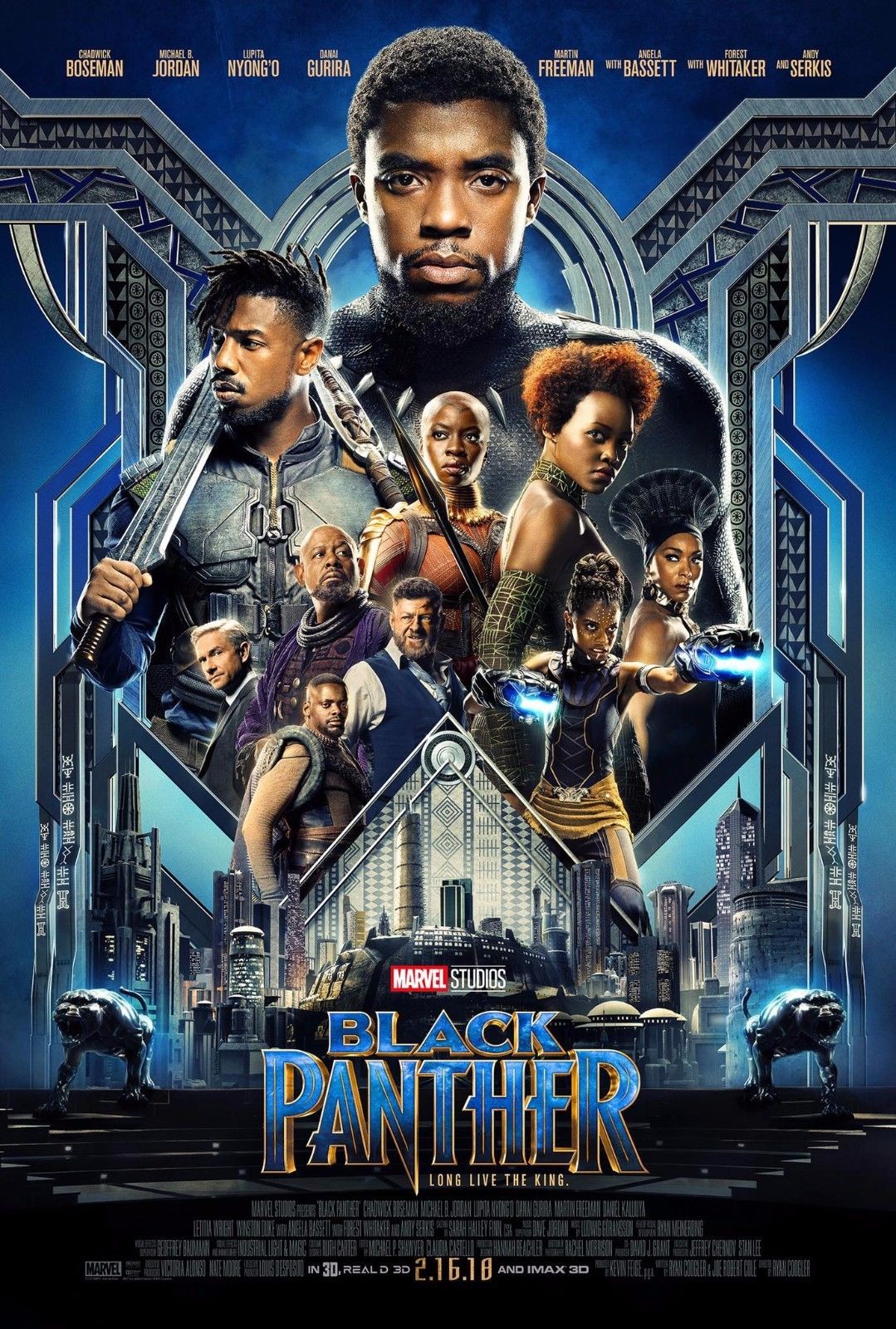 Marvel’s Black Panther has opened to critical acclaim and a boffo box-office that insures we’ll be seeing another Black Panther film at some point in the future. Between the Panther’s success and that of the Black Lightning and Luke Cage shows, I’m hoping we will see more heroes of color on the big and small screen. Off the top of my head, I’d watch movies or TV series of Ms. Marvel, Ironheart, Moon Girl and Devil Dinosaur, Static, Cyborg, Icon and Misty Knight. If I thought about it longer, I’m sure I’d be able to add several more names to that list.

I saw Black Panther the day after it opened. It had a large crowd for a Friday afternoon, especially considering it was playing on a number of screens in our local multi-plex. The film most definitely lived up to its advance buzz.

Black Panther is more than a super-hero movie. It’s a spectacle of startling proportions and an intense political thriller. Wakanda, the setting for most of the action, is breathtaking in its natural beauty and its technological wonder. This is the Wakanda created by Stan Lee and Jack Kirby, a seamless merging of the country’s dual aspects.

The movie is just as exciting when the Panther tracks down stolen vibranium in South Korea. The choreography of the firefight in the casino and the chase scene that follows it is masterful.

Chadwick Boseman is transcendent as T’Challa, the new king charged with protecting his people’s safety and traditions while realizing they can no longer stand aloof from the rest of the world. He faces dangers from within and without his land.

Michael B. Jordan’s Erik Killmonger is terrifying. His skill as an assassin is scary enough, but, added to his plan to make Wakanda a conqueror nation, he immediately moves to the forefront of Marvel movie villainy. That he’s not entirely wrong about some policies of Wakanda makes for some chilling moments.

There are many fine performances in the film, but I have to single out those of Martin Freeman and Letitia Wright. Freeman plays CIA agent Everett K. Ross and the interpretation is a vast improvement over the comic-book version of the character. Wright plays Shuri, the absolutely adorable and genius kid sister of T’Challa. I’d love to see Shuri recruited by the Avengers, if only to see her playing against Tony Stark.

I love Black Panther on several levels. I love its grandeur and its thoughtful approach to the issues facing Wakanda and the world. I love seeing so much of Lee, Kirby, Don McGregor, Rich Buckler and other comics creators in this movie. I love that it’s a different take on a Marvel super-hero film. I love the acting and the writing and the directing and every other creative and technological thing that went into the making of the movie.

Black Panther is my pick of the week. Is it too early for me to put in an order for the Blu-ray? 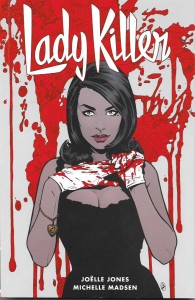 Lady Killer 2 by Joëlle Jones and colorist Michelle Madsen [Dark Horse; $17.99] continues the “adventures” of Josie Schuller, a 60’s housewife and mother who moonlights as an assassin. The dark comedy gets darker this time around with Josie working for herself instead of the agency that formerly employed her. Some scenes of a younger Josie inform the woman she has become. Before the end of this gore-soaked sequel, Josie faces some alarming consequences. These were disturbing, but, ultimately, have me hoping Lady Killer 3 will be coming our way soon.

What hasn’t changed in this second volume is Josie’s uncanny sense of 1960s style. She makes me wish those fashions would come back. What also hasn’t changed is how good Jones is in her duel roles as writer and artist. This is a well-told story with gorgeous art and solid storytelling. 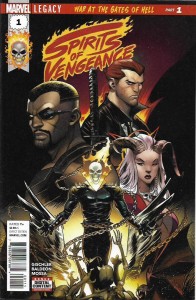 On the recommendation of a critic who loved Black Lightning: Cold Dead Hands and thus established his good taste, I read Spirits of Vengeance #1-5 [Marvel; $3.99 per issue]. This unlikely teaming of the Johnny Blaze Ghost Rider, Blade, Damion Hellstorm and Satana is written by Victor Gischler, whose work I have enjoyed previously. Rather than keep you in suspense, I’ll let you know up front that I enjoyed his work here as well.

There are some choice plot drivers in this story. The Covenant is an ancient diplomatic summit between an agent of Hell and an agent of Heaven to hash out any violations of their agreements that have been in place since the dawn of mankind. Then there’s a weapon made from the thirty pieces of silver paid to Judas for betraying Jesus to the Romans, a weapon which could be a game-changer in that war between Heaven and Hell.

Gischler does a great job writing all the characters in this story: the good, the not-so-good, the not-so-bad and the bad. Artist David Baldeon does a good job with the “normal” scenes and great balls of fire with the supernatural stuff. Color artist Andrea Morra does a fine job tying it all together.

Spirits of Vengeance [$15.99], collecting all five issues, will be published in April. If you like Marvel’s supernatural characters, you’ll like this entertaining story.

Want to see me in March? I’m sticking close to my home in Medina, Ohio that month.

I’ll be appearing at Cleveland Concoction, a multiple fandom event that takes place March 9-11 at the Bertram Inn & Conference Center in Aurora, Ohio. The show prides itself on being “by the fans, for the fans” and also calls itself “Your fandom escape by the lake!” It should be great fun and, with three days of that fun, I should have all sorts of time to chat with and hang out with the fans who attend. I’d love to see you there.

I’ll be back next week with another batch of reviews and the news of where else I’ll be appearing in March.