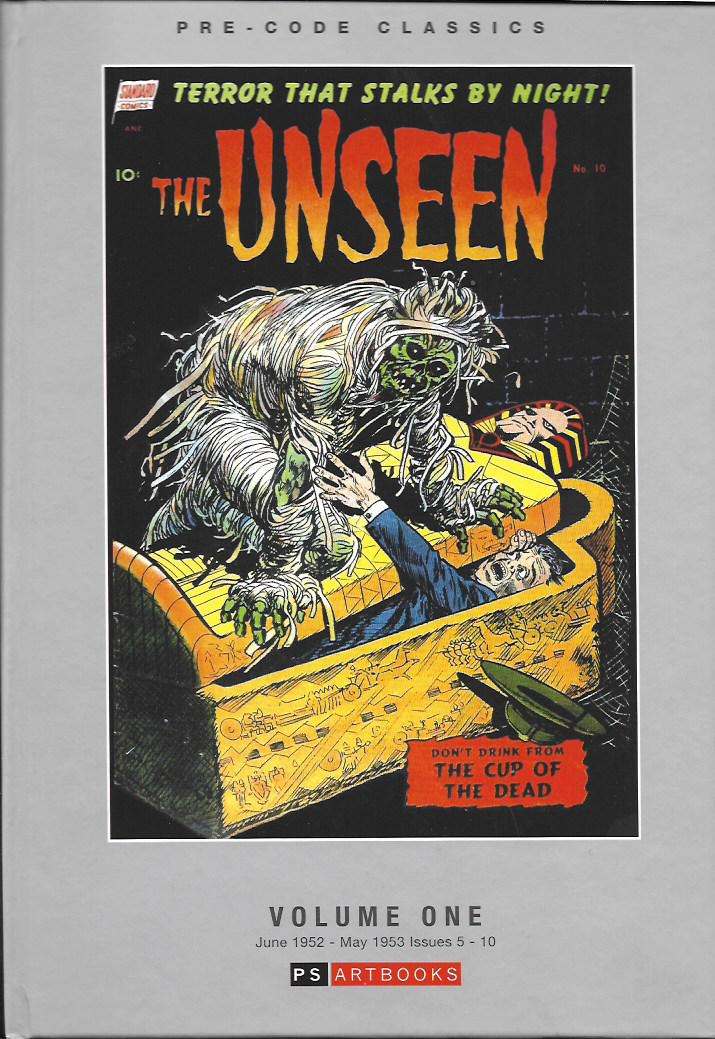 It’s mid-February as I write this column. We’re five episodes into the Black Lightning TV series and four issues into Black Lightning: Cold Dark Hands. I’m feeling great about both.

Black Lightning is a blessing. I feel blessed to be associated with the character and to be here today to see how much he means to the readers and the viewers. I feel blessed the people at DC Comics and the TV show have made this possible.

I love getting complements on “my” show and, yes, I do see a lot of myself in this series. But the vast majority of the credit for this show we love should go to Salim and Mara Brock Akil, the writers and the most incredible cast on TV.

Cress, China, Nafessa, Christine, Marvin, James, Damon and all the supporting players. I’m very proud of my creation, but, thanks to these actors, I feel like every Tuesday night is Christmas. What a special gift they give me and the legions of Black Lightning fans.

Black Lightning: Cold Dead Hands has been the best experience of my 45 years in the comics industry. Artist Clayton Henry knocks it out of the park with every page he draws. Yvel Guichet has come out of the bullpen to provide some fine relief drawing. Peter Pantazis’ coloring is the best my stories have ever had. Letterer Josh Reed makes my words look good. And I can’t say enough good things about editors Jim Chadwick and Harvey Richards, who give me the very best notes I’ve ever received from editors. They don’t try to get me to tell their stories. They get me to tell my stories better. Indeed, every one who is involved in this six-issues series at any level is making me look real good.

Of course, Black Lightning isn’t the only thing I’m looking forward to this month. When I finish this week’s column, I’ll see Marvel’s Black Panther at the local movie house. Look for my review of that film next week.

As for this week…

One of the things that struck me about the stories in The Unseen is how many were as straightforward as you can get. A protagonist has their initial encounter with the supernatural. They are told what will happen, be it an attack or a curse of whatever, and then the story moves directly and quickly at that fate.

There are a few nicely bizarre tales in this collection. A pair of were-tigers. A man who turns into a giant flesh-eating caterpillar. A killer haunted by a smiling man. Bizarre or straightforward, the stories are entertaining.

Otto Binder is the only writer who is known to have written for The Unseen, but the artists have mostly been identified. The artistic roster includes such beloved creators as Ross Andru, Mike Esposito, Alex Toth, Jerry Grandenetti, George Roussos, Jack Katz, Art Saaf, John Celardo and Mike Sekowsky.

Fans of 1950s horror comics will want Pre Code Classics: The Unseen Volume One for the collections. I’m a most casual reader of those comics, but I enjoyed this volume and look forward to reading the second one. 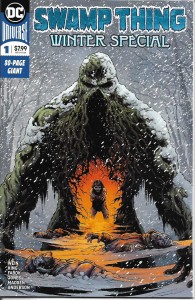 Swamp Thing Winter Special #1 [DC Comics; $7.99] is a love letter and farewell to Swamp Thing creators Len Wein and Bernie Wrightson. The first printing of this 80-page issue sold out and I’ve read a second printing is coming.

Leading off the issue is 40-page “The Talk of the Saints” by Tom King with artist Jason Fabok. It’s intriguing and lyrical, though perhaps a bit more complicated than it needed to be.

Filling out the issue is a tribute to Len Wein by DC editor Rebecca Taylor, which also serves to introduce Len’s final story. It was to have been the first chapter of a new Swamp Thing story by Len and artist Kelley Jones. Len plotted the tale, but did not complete the final script before his passing. DC presents the complete art for this first chapter along with Len’s plot.

I wish Len had scripting this story, but then, there could never be enough Len Wein writing for my taste. Len was a true wordsmith. He wrote poetically and movingly and descriptively. Of the writers who entered the field just before or at the same time I did, Len might well have been one of my greatest influences. His words set a bar that I constantly strive to come close to. And, though, the Kelley Jones art is Kelley all the way, there can be no mistaking the Wrightson influence in his work. Unfinished symphony or not, this is a tale that will remain with me. Swamp Thing Winter Special #1 is my pick of the week. 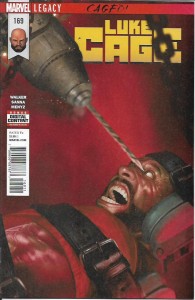 I don’t normally review a comics title two weeks in a row, but Luke Cage #169 [Marvel; $3.99] was a knock-out. Writer David F. Walker finished his “Caged!” story arc in fine fashion. It had Luke being Luke in grand fashion: shaking off the Ringmaster’s mind control, reaffirming who he is, taking names, kicking butts, delivering fine action scenes with a dollop of humor.

One of my ongoing complaints about super-hero story arcs is that a great many of them have a great premise and start out wonderfully, only to crash and burn with an unsatisfying ending. This issue of Luke Cage delivers the kind of ending that leaves the readers with smiles on their faces. Well done. Very well done.

I’ll be back next week with another trio of reviews and a heads-up on where you can see me in March. Have a great week.